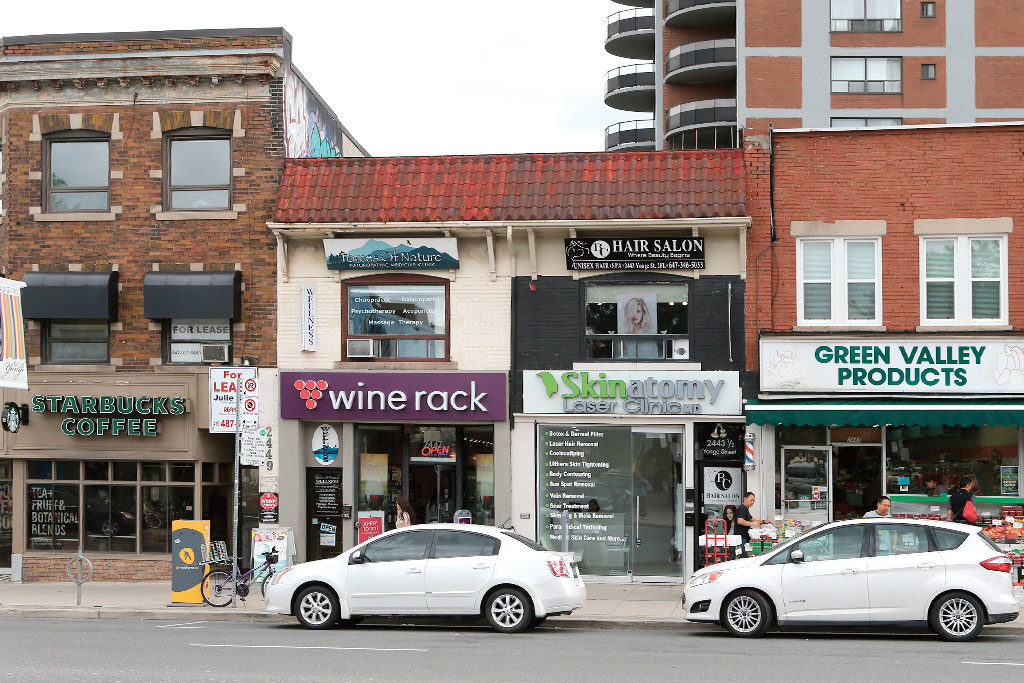 “Sleepy” would not be the word to describe the Toronto municipal political scene during the last few months. All sorts of things burst onto the scene from Doug Ford announcing a 2018 mayoral run to chief planner Jennifer Keesmaat announcing her resignation and Amazon announcing it was looking to establish a second headquarters for North America,  employing some 50,000 people, perhaps right here in Toronto.

I thought the most intriguing news was that small shop owners on Yonge Street have objected to the steep rise in property taxes.

It’s a story we will hear much more of in coming months, since its a general problem and not just affecting a few.

The tax rate is applied to the assessed value of a property to create the property taxes that must be paid, and that assessment is based on market value. With the rapid escalation in sale prices in the city — particularly in the Yonge Street corridor where the condominium market is hottest — market values of many properties have risen quite astronomically.

The provincial agency responsible for determining assessments eyeballs a particular area and then applies the increase in the value of a property recently sold for condos to determine the assessment of neighbouring properties, making their property taxes increase significantly.

It is very unfair, since the small shop owner has done nothing to merit this large increase.

In many cases the shop owner is a tenant, not a property owner, but the lease requires the tenant to pay the property taxes.

Market value is a great way to drive out small shops even though they are often the lifeblood of a neighbourhood.

Market value assessment affects others as well — it is the problem faced by the complex of very creative arts and culture businesses at 401 Richmond St. W., and it affects some older families without the incomes to cover the higher taxes on homes they have owned for decades.

Certainly provincial legislation is at the root of the problem —MVA was introduced by then premier Mike Harris as he led an assault on cities with his many pieces of legislation (including imposition of the megacity against the wishes of 76 per cent of voters who opposed it in referenda) at the turn of the millennium.

But what’s needed are some alternatives to MVA as a way of calculating property taxes.

Should taxes be based on revenues and expenses if it’s a commercial property? On family income if a residential property?  Should it relate to use? Purchase price? A combination of these things?

Sadly, tax systems are not something the public likes to talk about and understand: witness the difficulty the federal finance minister is having with legislation to close some tax loopholes that informed opinion seems to agree should be closed.

If the public isn’t interested in talking about a subject, chances are that politicians won’t wade into it. I learned that lesson when I was mayor and led a process to revise the property tax system, only to find that few councillors wanted to grapple with the issues, and the reform proposal disappeared after the next election.

But a discussion on MVA must begin and it should happen at the municipal level, which is where the problem is.

We clearly need a strong initiative from Toronto City Council to look hard at the system we have now and put forward some ideas for change and improvement if we hope to convince the province to pass new legislation. The city has to step forward: it can’t keep acting like a crybaby to the province.

Maybe we’ll need to wait for the outcry about MVA to become louder.