Sewell: Tory on the wrong side of carding debate - TRNTO.com
Skip to content 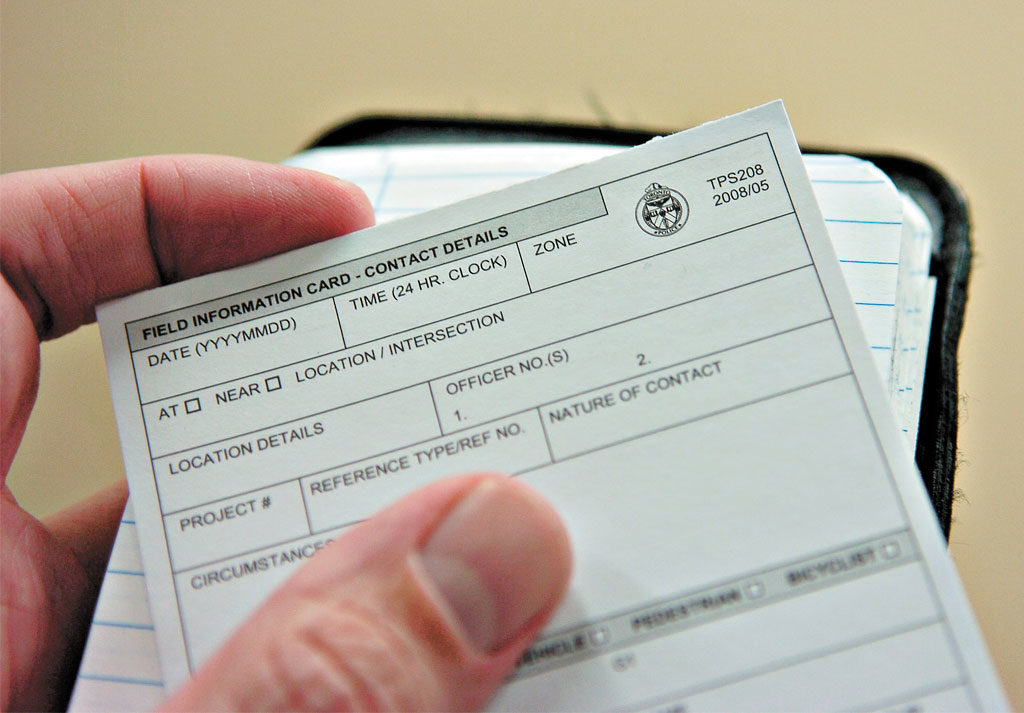 Toronto prides itself on being a multicultural city, and it revels in its diversity. But Mayor John Tory has championed a policy that is an affront to these basic values.

At issue is Mayor Tory’s motion endorsed by the Toronto Police Services Board in mid-April. It sets out a formal policy that authorizes officers to stop and question anyone whether or not they are suspected of being involved in criminal activity.

It’s a detention by police for 15 or 20 minutes and is known as a psychological arrest.

Toronto police have been stopping and questioning people not suspected of being involved in crime for the last 15 years. The information the police sought included name, address, age, race, hair style, tattoos, clothing style, school attended, parents’ names and whether they were separated, as well as the names of others who were stopped. Since it was written on a card, this came to be known as carding. All the information was entered into the police database. Police have never shown that collecting this data has had a useful impact on reducing crime.

Ten years ago reporters at the Toronto Star asked to see this information (but not the names of those carded).

The Toronto Police Services Board refused, and after a lengthy court battle, the Appeal Court agreed that this was the kind of information the Freedom of Information Act was designed to make public.

The Star analyzed the data and reported in 2010 that police were carding about 300,000 people a year. Black youth were stopped three times as often as white youth. Carding was an activity that racially discriminated against black youth.

Criminologist Scot Wortley, of the University of Toronto, says that if the police were stopping white youth at the same rate as black youth, they would find a higher number of white youth committing crimes. But if white youths were stopped as often as police stopped black youths, there would be an outcry about civil rights.

Desmond Cole recently recounted his experience as a young black man in Toronto being stopped by police. In a searing article in a local magazine, he said that he has been stopped by police more than 50 times. There is ample evidence that those who refuse to answer police questions are sometimes assaulted, arrested and harassed by officers.

Since the Star articles five years ago, many have worked to change this practice.

In 2013, the board retained the criminal lawyer Frank Addario to advise it on how police might stop individuals not suspected of criminal activity in a manner that did not involve racial discrimination, would adhere to the Charter of Rights and Freedoms and would conform to Ontario human rights legislation.

The police services board agreed to these constraints in a policy adopted in April 2014. Carding immediately dropped by almost 90 per cent since officers didn’t relish giving out receipts with their names and badge numbers. But Chief Bill Blair refused to implement the new policy in the police operational manual.

When John Tory was elected mayor in late 2014, he criticized the police board for various things, and once he took his seat on the board, he started to challenge the April 2014 policy.

At a recent board meeting in April of this year, he proposed that carding be called “community engagement” and that police need not have a public safety reason to stop and question those not suspected of criminal activity. Further, police would not be required to tell people of their right to walk away, nor issue a receipt. Tory’s new policy legitimizes and institutionalizes a police practice shown to discriminate on the basis of race and is contrary to the Charter of Rights and Freedoms.

Imagine if John Tory, when running for office last fall, had said he wanted police to discriminate on the basis of race and ignore the charter. He would have been vilified and rightly so. This new policy is reprehensible.