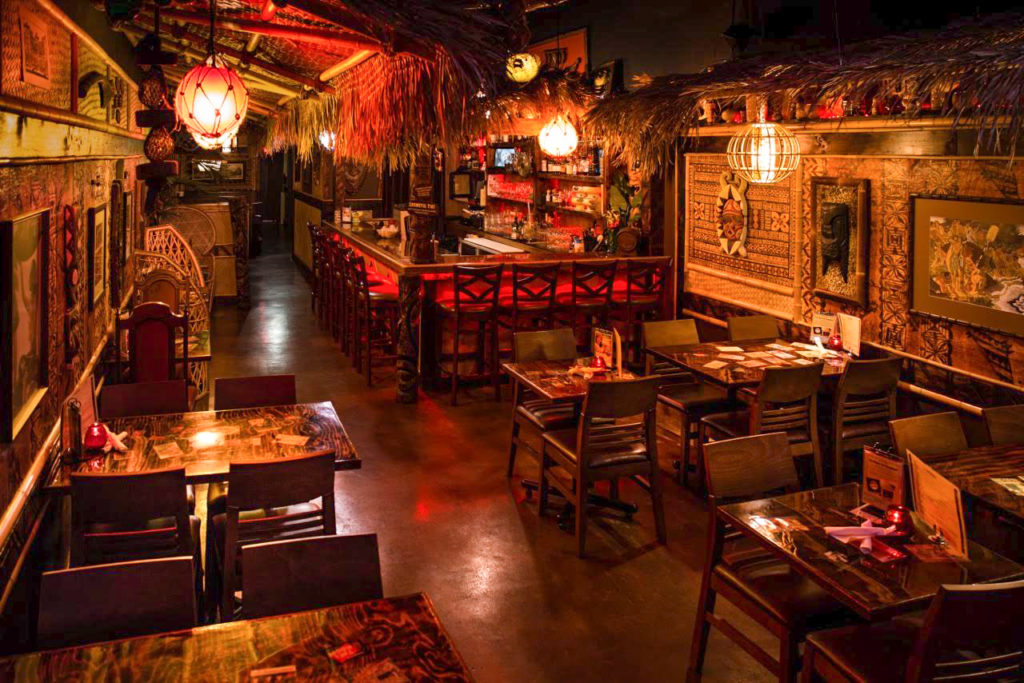 Toronto isn’t a city known for tiki bar culture, but that’s about to change later this year as the Shameful Tiki Room is set to open on Queen West before Christmas.

Rod Moore, the Vancouver native and owner of the Shameful Tiki Room, recently chatted with me about his love for exotic-themed rum drinks, tropical décor, and his plans to open a place in Toronto. “Tiki culture is buried in ancient history, and it was huge in North America in the 40s and 50s. I’ve been obsessed with it for a long time,” Moore said.

Inspired by the tropics, particularly Polynesian culture, tiki bars first popped up in the 30s in Hollywood California, and boomed in popularity in the 40s and 50s. Tiki aficionados claim that chains like Trader Vic’s and Don the Beachcombers were the ones responsible for bars dressed in tropic themes serving a variety of rum drinks. “My wife and I go to a lot of tiki events in California,” Moore explained, “there are still a few bars there, but not like the 40s and 50s.”

Obsessed with the idea, Moore opened the Shameful Tiki Room in Vancouver on Main Street two and half years ago. “So far we’re busier than ever. People love this stuff. We’ve had our busiest month yet,” he said. 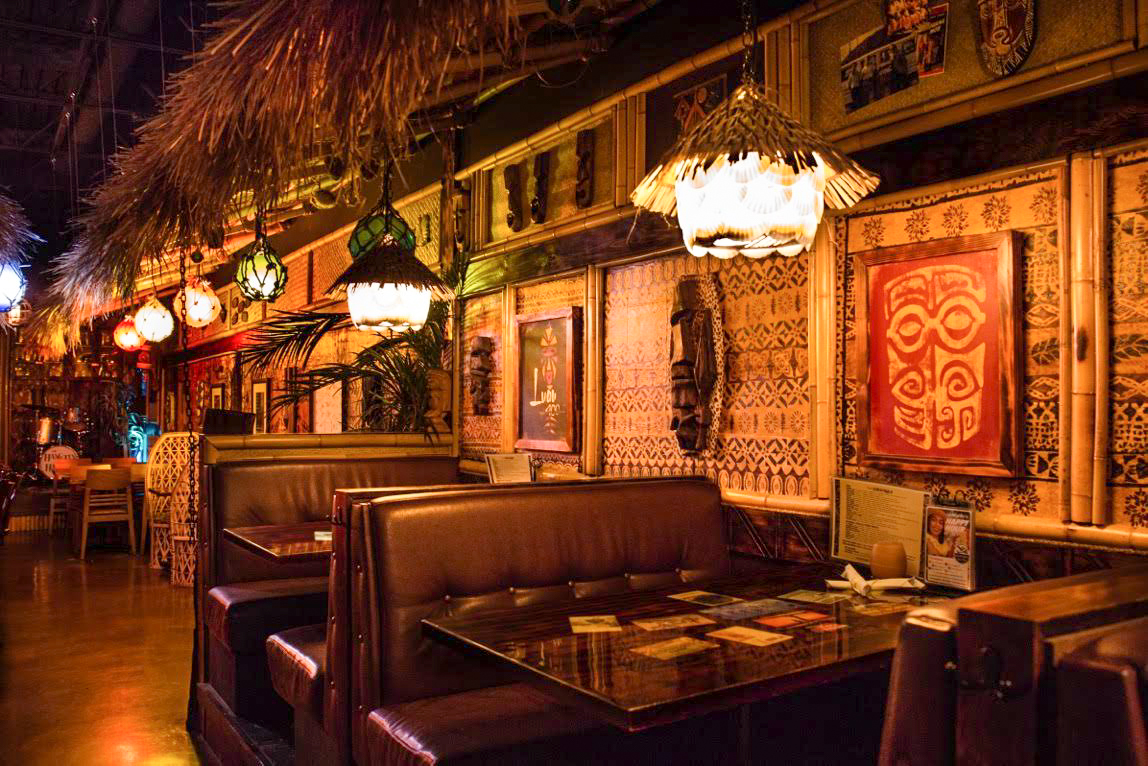 Every now and then, fans claim that tiki culture is returning to North America, and recently it seems that way. I was recently at one of the most popular contemporary tiki bars in the U.S, Chicago’s Three Dots and a Dash (rated as one of the worlds 50 best bars). Food writer Steve Dolinsky whisked us past a long lineup on a Saturday night, down a flight of stairs passed a wall of skulls and into an underground beach bar decked out in bamboo and tropical wall hangings. Recently in Toronto, Miss Thing’s, a pan-Asian restaurant and cocktail bar influenced by Polynesian food and drink opened on Queen West.

“I do think they’re coming back. We’re seeing a tiki revival of sorts” Moore said, explaining that he always wanted to open one in Toronto. “You have the demographics, Toronto is a huge city, with millions to draw from.”

He stumbled upon the space by chance while browsing through listings. 1378 Queen West, in Parkdale in the former Ravage and Rumble Bar space.  Moore is gutting the 70-seat bar and plans to open by Christmas.  “It will look different by default, I will bring the idea of complete, purist fantaticism. The music we play, how bright the lighting is, the visuals, everything. This will be my interpretation of a 1950s tiki bar in its purest form” he said. 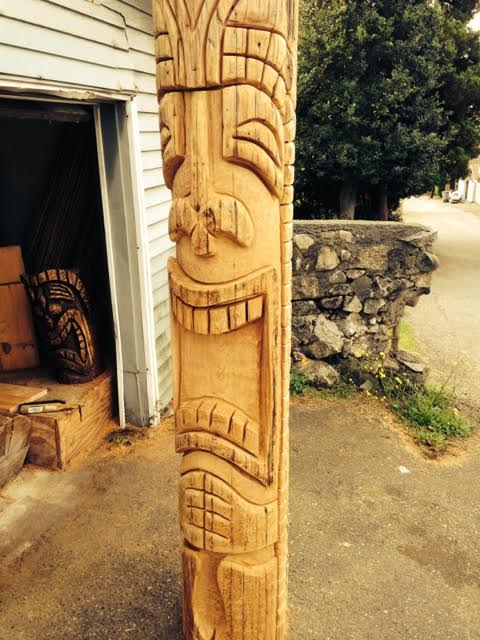 Like he did for his Vancouver spot, Moore plans to do most of the interior work himself. “I will adhere to all of the classic tiki elements: float lights, puffer fish, piles of bamboo and thatch, hidden displays of tiki paraphernalia, retro wall art, tiki totems,” he said.

Drinks at tiki bars are generally rum based, and all about colour and flair. At his Vancouver location, Moore features over 40 drinks. One of the last 1950s tiki bars, Mai Kai in Fort Lauderdale, has an illustrated manual of over 50 drinks. “There’s literally hundreds of these classic drinks we can draw from,” Moore said. 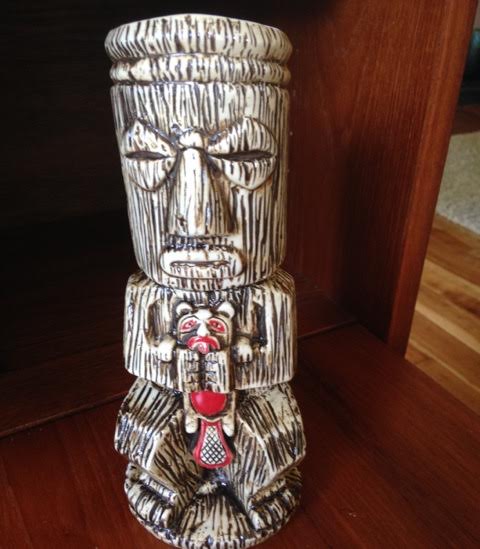 Some drinks will be served in the house tiki mug.

The three most popular drinks at his Vancouver bar, are the painkiller (Pusser’s rum with pineapple juice, coconut and orange juice), the zombie (created from the 1934 recipe from The Beachcomber) and the mystery bowl. The mystery bowl (secret recipe) comes served in a big bowl for two, with a couple of floating limes that are set on fire.  “Our Toronto location will feature the same list as our Vancouver location.”

Three Dots and a Dash in Chi town quickly gained a following for its loud and rambunctious atmosphere and over-the-top cocktail list. But it is also known for its rum selection with over 150 rums on the list. The Smuggler’s Cove, another popular Caribbean themed bar in San Francisco, boasts over 400 rare rums.

“We want to have a rum list, but it will depend on what I can get my hands on in Ontario” Moore said optimistically. “We have a rum club here in Vancouver, where you get to try 50 different rums from around the world. Something like that in Toronto would be great.”

At his Vancouver restaurant, Moore features a snack menu with the drinks consisting of sliders, ribs, tacos and various meat-on-a-stick options. When the Toronto location opens in Parkdale, it will have a snack menu. He mentioned that the large share plate, a popular group order at his bar, may make an appearance. The plate features pineapple rice, meat skewers, grilled vegetables, ribs, sliders, and spam balls.

Construction starts next week and Moore says: "We're planning to serve our first rum drink before the holidays."