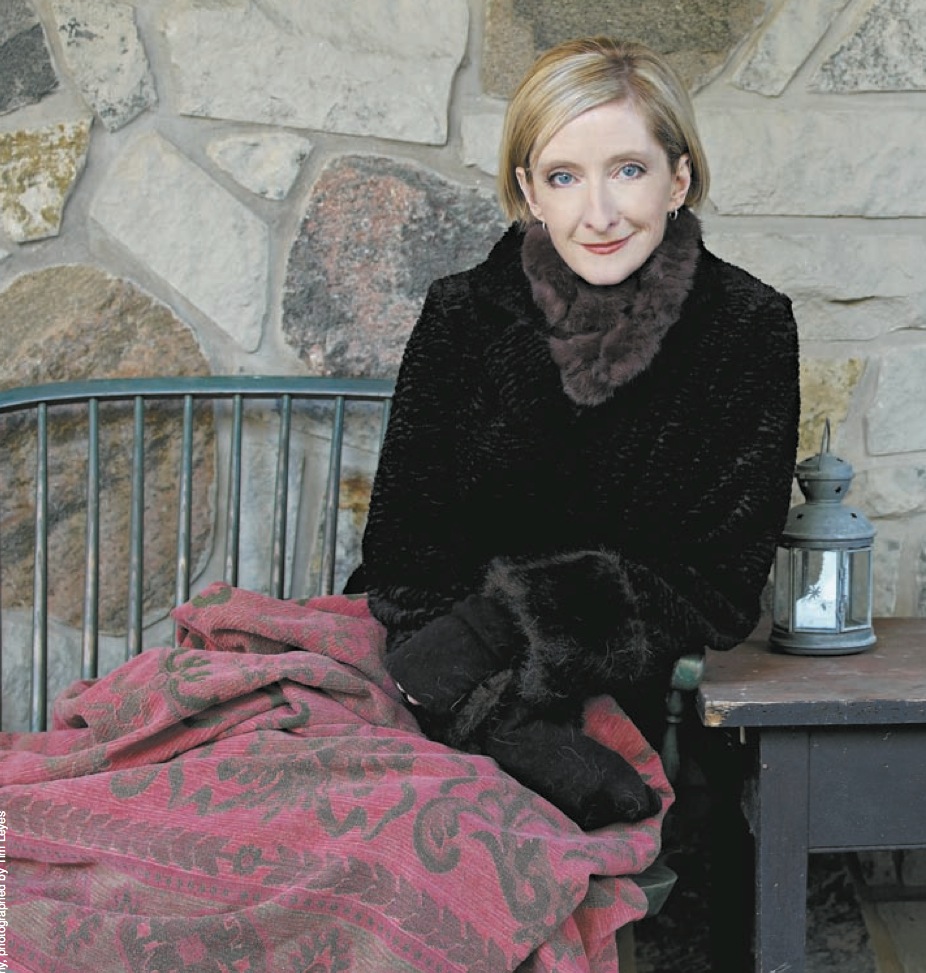 SHEILA MCCARTHY KNEW she wanted to be an actor by age 10. “I played the Wicked Witch of the West in The Wizard of Oz. And I killed. I knocked it right out of the park,” she says laughing, on the phone.

The winner of two Gemini Awards, two Genie Awards and two Dora Awards, is in Indian Head, Sask., filming exterior shots for her role in the CBC comedy Little Mosque on the Prairie. “We’ve taken over the town,” she says, describing how a mosque’s facade was built for the show. (Interiors are shot in a Toronto studio.)

This month, when TIFF takes over this town, McCarthy will be at the centre of it. Year of the Carnivore, a film written and directed by another CBC notable, Sook-Yin Lee, premieres as part of the Canada First! program.

McCarthy has had an on-off relationship with Toronto over the years. In 2000, she moved here with her husband, well-known classical Shakespearean actor Peter Donaldson, and their two daughters. McCarthy was starring in Ross Petty’s Peter Pan, and the family bought a house in Moore Park.

“I loved walking through Mount Pleasant Cemetery and the ravines,” McCarthy says.

The family often snacked at Duff ’s Famous Wings on Bayview. “All the shops on Bayview and Mount Pleasant are to die for.”

But the family missed Stratford, and “Pete was getting a lot of work at the festival,” so off they went to Stratford six months later. These days, McCarthy splits her time between the couple’s house in Stratford and their place in Toronto.

With their older daughter now away at university and the youngest about to finish high school, the couple is once again considering settling full-time in Toronto. “I have refallen in love with the city,” McCarthy says.

While McCarthy’s affection for Toronto may ebb and flow, her passion for acting is a constant. McCarthy’s prevalence in film, TV and theatre means, even if you don’t watch Mosque, her face — with those big blue eyes — is instantly familiar.

For McCarthy, who has acted in major Hollywood films, including Confessions of a Teenage Drama Queen, the decision to appear in a small, independent film like Year of the Carnivore is an interesting one.

McCarthy joined the project because she wanted to work with Lee. When the two met on Lee’s CBC radio show, “We really gelled,” McCarthy says. Plus, after three seasons of Mosque, “it was refreshing and wonderful to be able to jump into another project.”

Like some of Lee’s other cinematic forays, Year of the Carnivore is both racy and moving. The film, which has been described as “a bittersweet comedy,” follows Sammy Smalls, a 21-year-old who works as a store detective catching shoplifters, who her boss then beats up. Sammy feels guilty about her role in the mess but needs the money and doesn’t want to move home to her neurotic parents.

In the meantime, she falls for a musician, but when the two become more than friends, the experience is less than ecstatic. The musician suggests they date others to gain more sexual experience. In response, Sammy engages the shoplifters to teach her everything they know about sex. Edgy? Absolutely. How this experience changes her, and whether she and the musician find their way back to each other — that’s up to theatre- goers to discern.

McCarthy hasn’t seen the film yet, but she found the script sexy and daring. “Not my part,” she clarifies, “but what our daughter goes through is a real coming-of-age tale in that sort of Juno-esque kind of way. Sook-Yin Lee likes to push the envelope.”

Shot in Vancouver last November and December, McCarthy says working on the film “was a short little experience but was really fun.” She loved acting alongside McDonald. “It was a marriage made in heaven,” she says. As a director, Lee was “very thorough, very intuitive and strong.”

The admiration goes both ways. Lee has been a McCarthy fan since watching the classic Canadian film I’ve Heard the Mermaids Singing, which stars McCarthy.

In that film, “she’s very funny but also … sweet. She’s just got this beautiful energy to her,” says Lee. While Mrs. Smalls is a very different character from McCarthy’s in I’ve Heard the Mermaids Singing, Lee could tell McCarthy was suited for the role. She wanted an actor “who could bring humanity to this completely flawed character and make me love them — and that’s what Sheila can bring…. She’s able to make me feel something in my heart, with humour and authenticity.”

Those same qualities characterize McCarthy’s role on Little Mosque. It’s one of the first sitcoms to focus on Muslim families. McCarthy’s character Sarah is a convert to Islam. At first, “Sarah was sort of a straight man in the show and kind of the window of the non-Muslim world into the Muslim world. Over the years, she’s grown and gotten warmer and funnier,” McCarthy says.

People of all ages and ethnicities chat with McCarthy about the show, which airs in 60 countries. “When I talk to my mother’s friends in the bridge club, they no longer talk about it in terms of Muslim and Anglican. They just talk about, ‘Oh, that husband of yours.’”

North Toronto’s Debra McGrath, who plays Sarah’s boss Mayor Popowicz, says McCarthy “has a spirit and an energy unlike anybody else.” In scenes together, “We really feed off each other.”

McCarthy says her close friendship with McGrath is one of the great benefits of Mosque — along with security as an actor. “I’m the luckiest person in the world to be doing this show,” the 53-year-old says.

With some plays, “you do show after show for months and months. With films, you are there for a week and then you’re gone.” With TV, you do something new every day but with the same family. “That is a wonderful combination.”

To find out what’s next for McCarthy, tune into Little Mosque. Four seasons in and the show has “really come of age,” she says. With her penchant for quirky film roles, look for her on the big screen, too. She’s also just co-written a screenplay, St. Lucy’s War.

As for returning to theatre, McCarthy says the prospect is somewhat terrifying. “When I sit in the theatre now, I go, ‘Good Lord, how did I ever do it?’”

But don’t be surprised if the multi-talented actor turns up on stage. There are playwrights she’s itching to work with. “But I must do it soon or I never will. I’m in a cocoon on the TV set, and it’s very safe.”