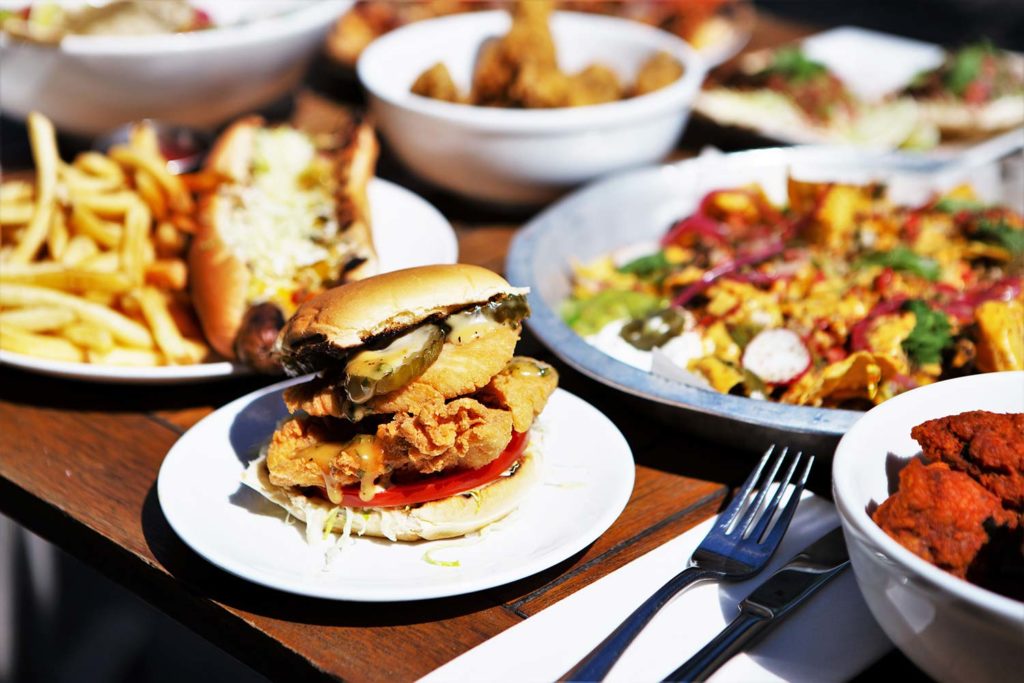 Scallywags Restaurant was a mainstay of the Yonge and St. Clair area for 23 years before it closed permanently last summer.

Recognizing the opportunity to create a new neighbourhood tradition in its place, one of Canada’s leading restaurant and event groups Oliver & Bonacini Hospitality took over the expansive restaurant space and patio, opening Shenanigans Pub + Patio in mid-June of this year.

Merging O&B’s stellar reputation for fine dining with the welcoming spirit of Scallywags, Shenanigans takes the form of an elevated pub experience with a menu that’s a step above the average tavern and an atmosphere that retains all the friendly approachability of its predecessor. Shenanigans marks the first pub-style restaurant under the O&B brand umbrella, which is typically known for upscale dining experiences like Canoe, Auberge du Pommier, and Jump.

“Shenanigans is one of the first sort of pubs in the O&B brand,” says General Manager, Andrew Groves. “The concept is really a local spot where people from the neighbourhood can come and enjoy beer, wine, and great food. The food is fantastic and full of in-house, fresh ingredients.”

Groves says they hope to become the local destination for people to gather and watch soccer matches, NFL games and hockey when the season kicks off, and eventually live music as well.

“It’s a step above your normal pub atmosphere,” he says. “We have better beers, better service, and better food but it’s still bringing that pub mentality.”

Some of the menu highlights to look out for according to Groves include the Smash Burger—a three-ounce burger fried, smashed, and covered with toppings—as well as the wings, nachos, fish and chips, and a mushroom bruschetta with bechamel sauce. The kitchen will be headed up by Chef Gaurav Kadam, the chef de cuisine at O&B.

With three floors of indoor space and a generous covered rooftop patio that can seat 148 people comfortably, Shenanigans has room for the whole neighbourhood to gather. Groves says the team is still working on getting the indoor space ready to open to the public, but so far, the community response to the patio space has been incredible.

“We’ve seen an unbelievable response. We opened during the first week of the Euro Cup, so we had a lot of those games televised and a full house of people watching the game and enjoying themselves. Now we’re just focusing on fine-tuning the indoor space and making sure guests feel safe.”