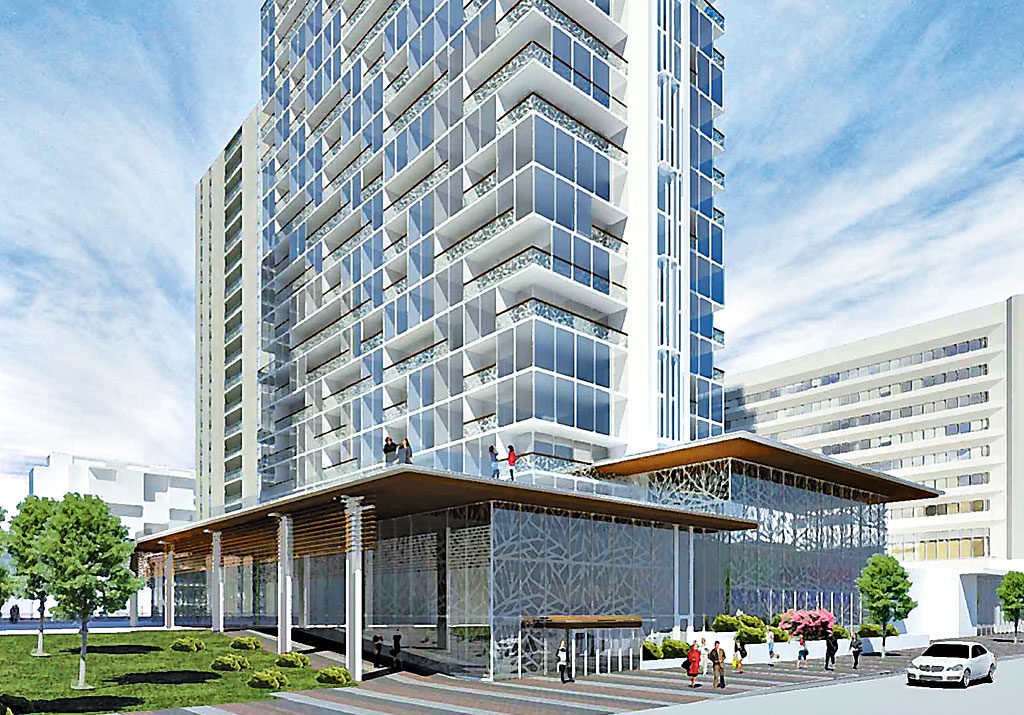 The Sheppard Centre, a 39-storey mixed-use building at the corner of Yonge and Sheppard, first proposed in July 2013, is still causing a stir throughout the neighbourhood.

Although local councillor John Filion had previously expressed hesitation regarding the height and density of the proposal, the focus has now shifted to how it will affect the public realm and the safety of students at the nearby Cardinal Carter Academy of the Arts. Filion has opposed the building’s height, which staff initially found to be inappropriate, since 2013. Now, he said, City of Toronto, City Planning staff have changed their tune.

“Now that planning staff has recommended [the application], the game has changed considerably,” said Filion.

However, he tabled a motion at a late February meeting of the North York Community Council (NYCC) to defer a vote on the final report for the development until the April or May meeting. He said it will now buy some time for the applicant to address issues of public space.

“We want to at least try to negotiate significant community benefits,” he said.

The concerns regarding the nearby high school are some of the most pressing.

“[I don’t want to be] in a position to have to call a parent [to say] that their child is injured,” said principal Anne Bellissimo, who was in attendance at the meeting.

“We want to at least try to negotiate significant community benefits.”

Cardinal Carter Academy for the Arts is situated across Greenfield Avenue from the development site, and due to its split campus, students are required to cross the road between class periods. Bellissimo was concerned that the increased traffic volume would create a hazard for students.

Steven O’Melia, representing Toronto Catholic District School Board, added some context to those concerns. “Approximately 350 to 400 students cross Greenfield Avenue and Doris Avenue between the Catholic Education Centre and the main campus of the school every 75 minutes on weekdays,” he said. “There have been a number of safety incidents at this intersection, including at least one serious injury within the last three years.”

Despite previous meetings with representatives for the applicants, O’Melia said no action plans have been put in place. “Potential mitigating measures have been identified, but the concerns have not yet been addressed.”

Among other measures, the board would like to see a crosswalk and wider sidewalks installed. Filion, stated he’s currently working to bring all issues to the forefront and flesh them out and said, “I am in conversation with the applicants in hopes to get everything resolved that’s resolvable.”