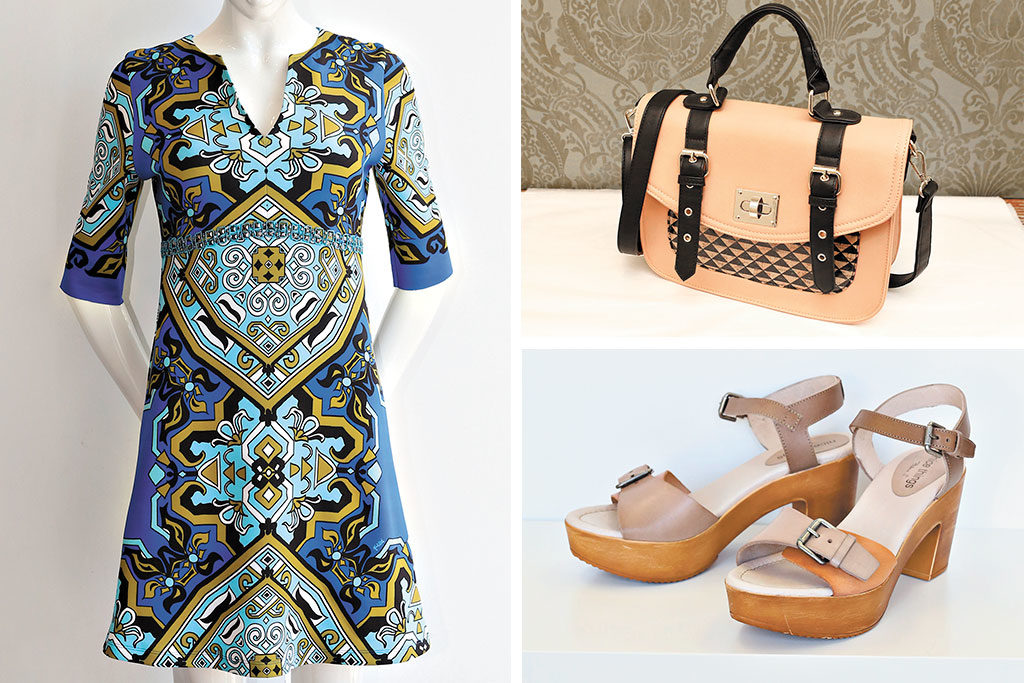 Quintessentially Canadian
Run by a mother-daughter duo, Barbara Scriver and Carolyn Eby, Trove opened its first location in the Annex at 793 Bathurst St. in 2002. Selling artisan fashion accessories and art pieces, it grew quickly and expanded to Bloor West village in 2008. Trove is known for offering a wide range of styles, sizes and price points that highlight Canadian designers. Among its bestsellers are Second Yoga Jeans (Montreal), a line of four-way stretch denim starting at $130. Its leading footwear collections include Fly London, a brand that is extremely comfortable in any of its wedge, heel or sandal styles (starting at $200). The shop is also full of unique, one-of-a-kind pieces for your wardrobe that are at once artistic, contemporary and distinctly Canadian. Trove, 2264 Bloor St. W.

Two decades of dapper duds
MerryGoRound has been in the Bloor West village for more than 20 years and has expanded its portfolio over that time to include fashion designers from Europe and North America. Clothing ranges from work appropriate to casual weekend and is at the mid to high range of the price scale. The shop’s wares are constantly changing each season to show the latest in premium denims, dresses, sweaters and jackets. Yet one thing is for sure, the staff is knowledgeable and will make suggestions to help you step outside the box. MerryGoRound, 2284 Bloor St. W.

Eastern European flair
Fig Tree boutique demonstrates why Eastern Europe shouldn’t be overlooked when it comes to fashion. When owners Visnja Marijanovic-Kandic and Ranka Bekan-Cihoric immigrated to Canada from southeast Europe, they often received compliments on their clothing. So in March 2015 they decided to open up shop and distribute Serbian clothing lines such as P….S…. and Ivko Women. Dresses are a big hit with their customers, such as the P….S…. cotton dress with geometrical print ($159), which comes already belted and can be paired with nude leather clogs ($225). They also carry Noa Noa (Denmark), White Stuff (UK) and Nice Things Paloma S (Spain). On the local side, Fig Tree also carries one-of-a-kind jewellery, scarves and vests made of natural materials from local designers. Fig Tree, 2184 Bloor St. W.