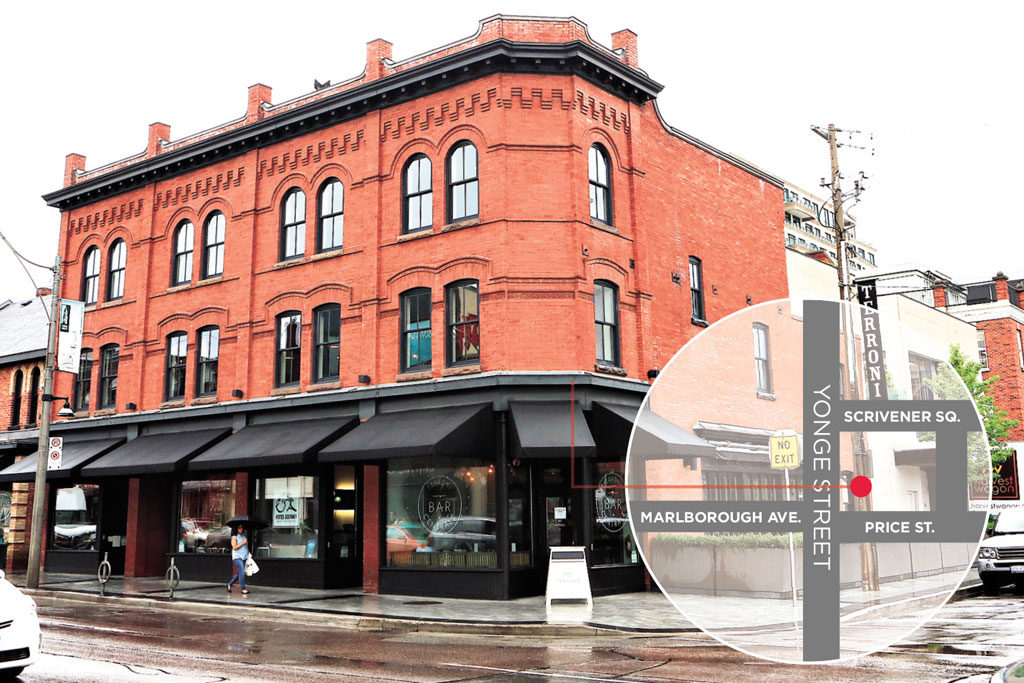 The Shops of Summerhill, a strip of independent retailers on Yonge Street affectionately dubbed the “Five Thieves” by locals, has been scooped up in a deal to three developers in Toronto.

RioCan Real Estate Investment Trust, Tricon Capital Group Inc. and Diamond Corp. have acquired  the historic real estate for $85 million from Woodcliffe Landmark Properties. The landmark property was initially built in 1892 and designated as heritage in 2003. Woodcliffe oversaw a painstaking restoration of the strip prior to the sale, which was completed in 2009.

The joint venture is made up of two separate transactions. Diamond and Tricon acquired the site south of the LCBO for $43 million. The two companies are planning a mixed-use project with residential and retail.

RioCan and Tricon acquired the Shops of Summerhill, at the northeast corner of Yonge Street and Price Street for $42 million.

The real estate consists of about 31,000 square feet of fully occupied retail space and an adjoining one-acre parcel of land, which contains two four-storey office buildings and a parking lot.

“There is no intention to redevelop the shops on Yonge Street,” said Steve Diamond, president of Diamond Corp. “In terms of the remainder of the lands, we believe there is an opportunity to produce a plan that is far more complementary to the neighborhood than what currently exists. However, in moving forward, it is our intention to meet with community representatives and work collaboratively with them before putting pen to paper.”

Diamond said the group’s plan may include demolishing the building at 8–10 Price St., currently occupied by the Beer Store.

The redevelopment plan is currently in the works and has not yet been submitted to Toronto’s city planning department.

Ward 27 councillor Kristyn Wong-Tam has encouraged the companies to consult with local residents and local businesses before they finalize any plan to bring to the city.