Short history of Lake Leaside coming to a close - TRNTO.com
Skip to content 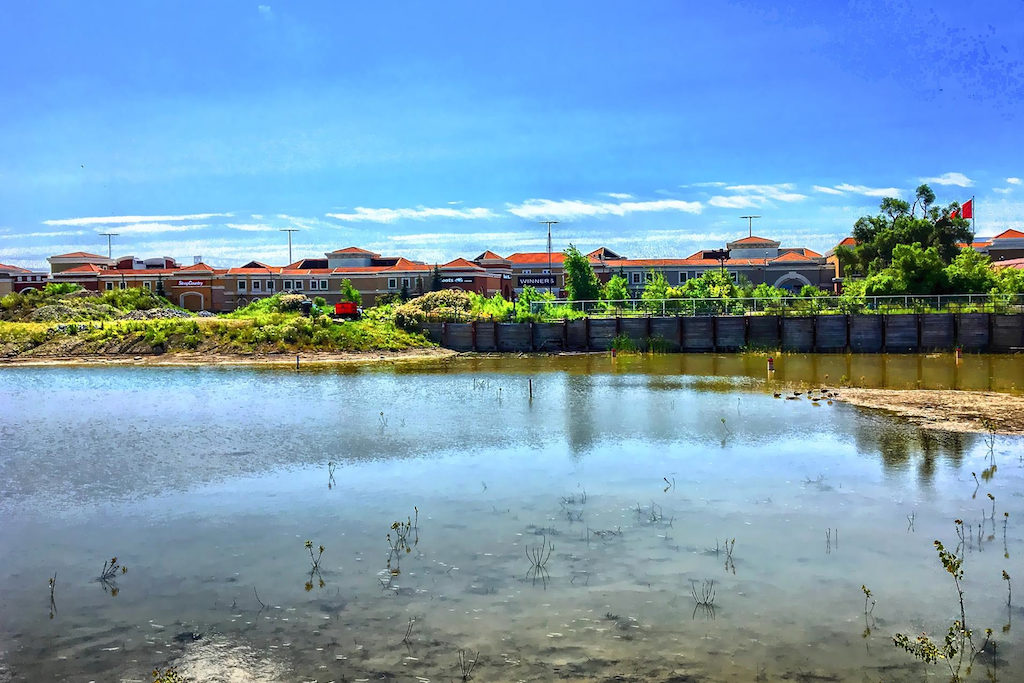 Leaside residents are breathing a sigh of relief after a proposal has been submitted to develop a site left dormant for years.

The developer, SmartCentres REIT, initially proposed to build a Walmart at the site at Laird Drive and Eglinton Avenue East back in 2014, which the city approved.

However, the Walmart was never built after construction was halted due to soil contamination, and instead, a huge pit was left that eventually filled with water, which residents nicknamed Lake Leaside.

Now the same developer submitted a new application for the site in February, this time to build a Canadian Tire and three stand-alone retail buildings to create a commercial centre of more than  20,000 square metres. It will also include 403 parking spaces and room for 138 bikes.

“I’m happy that we’re going to get rid of this unsightly and unsafe crater in the middle of Leaside,” local councilor Jaye Robinson said. “Literally ducks were swimming in this lake of water.”

Robinson has been working since she was elected to represent the area in 2018 to not only get the crater filled in, but to give the city “more teeth” to force developers to maintain sites left dormant so another Lake Leaside isn’t created.

Over the years, her office has put pressure on the developer to submit a new application but had to rely on “band-aid solutions” in the meantime, such as draining the water only for it to fill back up again.

In October 2019, she proposed a motion to create a “strong, enforceable strategy to regulate unfinished development sites,” which Toronto City Council adopted. Now the city is consulting with the province to create such a strategy.

“We do need a citywide solution on this issue,” she said, “or it will happen again.”

Leaside Residents Association vice-president Robin Rix said that the association is in favour of the development and “assumes good faith” that the developer will follow through.

Although residents had initially opposed a big box store complex on the site, now Rix said, “they can live with” the option as opposed to Lake Leaside.

“We’re just happy that something is moving forward and that we no longer have this public safety hazard,” he said.