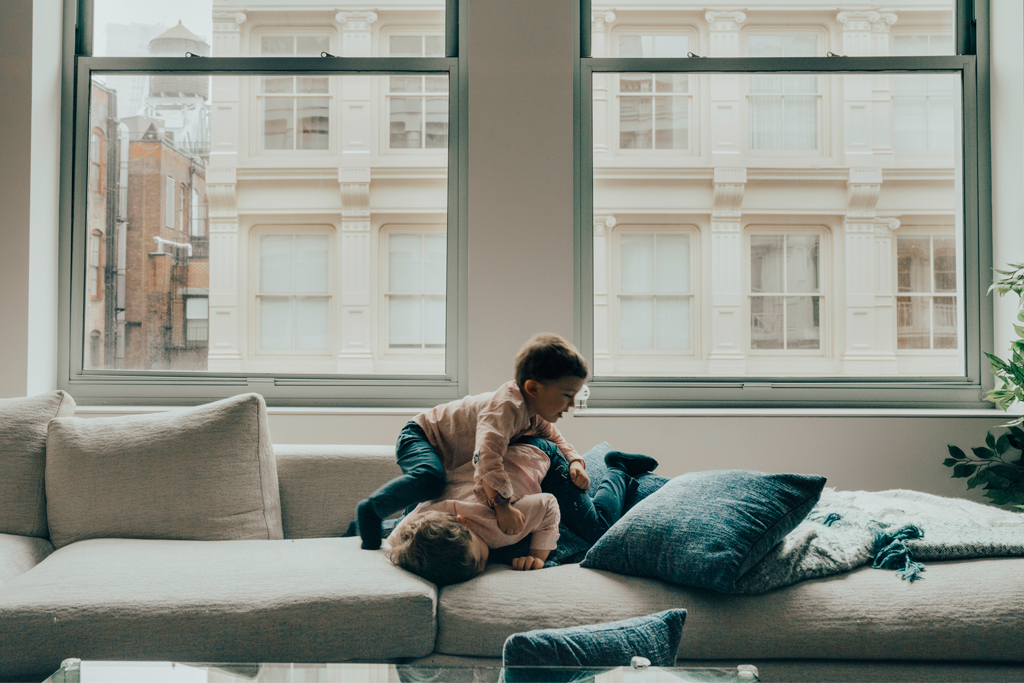 There are silver linings. We’re cooking more. Baking bread even. Lots of kids love not having school. For once we get enough sleep. We have respite from our busy, busy lives. Families are getting closer.

And there’s the rub. Some days it’s just too close. None of us are accustomed to spending so much time together at home. We can’t help getting on each other’s nerves here in the bunker.

It’s especially hard for kids. Oh irony of irony, we’ve been obsessing for a few years about how to reduce our kids’ screen time; we’ve been worrying about how life online harms them. And now it’s all they’ve got. They need their screens now more than ever, as lifelines to their social world.

But their online world isn’t enough to insulate them from the stress of COVID-19. At the best of times, kids don’t tend to articulate their tough feelings. And these aren’t the best of times. Kids are lonely. They desperately miss their friends. They’re suffering the loss of all that great outdoor stuff that Canadian kids normally do in spring, from soccer leagues to playgrounds.

The result of all that is the short fuse. I have it. You have it. And kids have it worse. They’ve lost more, and they are less able to talk it out. So they act it out. Sibling warfare! Not pretty. Not fun.

I have a tool for this. We’ve been using Collaborative Problem Solving (CPS) for many years at camp. It’s a simple tool we use for kids having squabbles — put 10 kids in close quarters at summer camp, with no break from each other 24/7, and you’re gonna have squabbles. CPS is road-tested and simple. So simple we teach it to young staff and they do it. If a 17-year-old junior counsellor can do CPS, so can you. Here’s how:

Step 1: Think about the CHOICE you have when kids fight. If we are impatient with our kids, impose our solution on them, make them wrong, they take their conflict into hiding, where it blossoms and grows. Any version of telling them how to behave falls into this unfortunate category.

Step 2: Do something different. Sit down calmly with the kids and first acknowledge their anger, so they know you get it. Say: “I know you’re feeling really angry.” An angry child is in fight or flight mode. They can’t hear anything or be rational, so we have to help them calm down before we can strategize with them. If they can’t calm down, ask them to take five deep breaths. Then ask them to tell you:
a. What happened.
b. How each of them felt.
c. Make empathetic remarks

In part c, don’t use “drive-by empathy.” Be specific: “This is really hard for you. You’re really mad.” Kids in explosive situations are used to getting in trouble for misbehaviour, so they expect that. When you empathize, you get all their attention. They calm down and open up to you and to the process because they’re not under attack.

The hiccups in this process will be as follows:

1. The kids will interrupt each other constantly. When they do, say: “Johnny, it’s not your turn right now. You guys are taking turns talking. Your turn will be next. Please wait.”

2. The kids will trash talk each other, including with swear words, as in: “He’s an asshole.” You will recoil from this name-calling. Your first reaction will be to say: “Don’t talk to your brother like that.” Or “We don’t talk that way in this house.” Resist that impulse, because it will sound to that kid like he’s in trouble, which will derail the process. CPS is a 100 per cent non-judgmental form of mediation. It fails if anyone feels judged. Let them say whatever they need to say.

3. The kids may lie about what the other kid did. They will certainly exaggerate. Don’t correct them. Let it go. They will work it out. This is the core of CPS: If we trust and support kids to work out their conflicts, they can!

So you keep going back and forth hearing from the two kids in conflict. Your only role is to ensure that they take turns. You say nothing about what they’re saying, except for occasional empathic remarks (see above).

You’ll know when the kids are ready to move to problem-solving when they sound calmer. You’ll hear it in their voices.

Then you ask both kids: “What needs to happen now? How could we work this out? Do you have any ideas?”

They will then figure out how to end their conflict. Don’t tell them! Ask them. Because people take better care of what they own.

End by validating and congratulating them on great problem-solving. And soon they’ll be CPS’ing themselves. I’ve seen it happen.