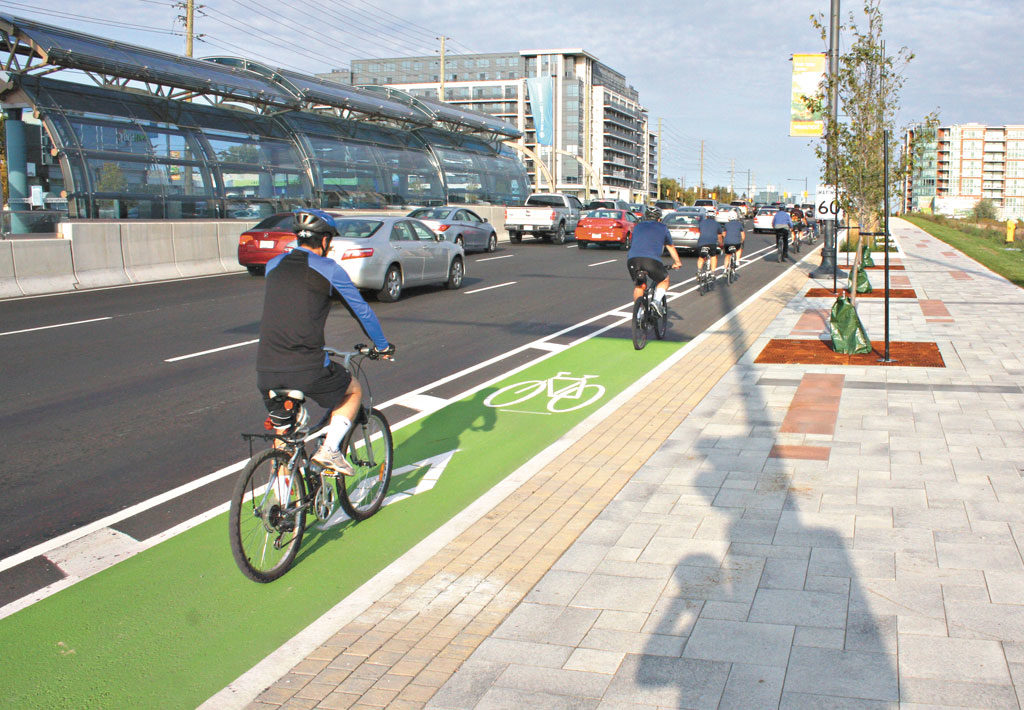 An advisory committee has asked the City of Markham to give cyclists the green light to ride on sidewalks.

Seeing cyclists on sidewalks is a rare sighting in a city where a 1971 bylaw prohibits it based on wheel size, which can not exceed 60 centimetres. So children on small bikes are exempt from the $2 fine, but it is not even enforced, according to Peter Miasek, vice-chair of the city’s Cycling & Pedestrian Advisory Committee (CPAC).

Miasek said sidewalk bike riding was proposed to the city as a cost-effective interim solution to the lack of connected bike lanes in Markham. “It’s a growing problem that pushes cyclists to turn to major arterial roads,” he said, citing Bayview Avenue, Leslie Street, McCowan Road, Warden Avenue and 16th Avenue as examples of areas with gaps in cycling facilities.

“I am a reasonably avid cyclist, but I still go on the sidewalks sometimes because it’s just too dangerous [not to],” he admitted.

CPAC’s recommendation is limited to areas with a speed limit of 50 km/h or over. However, Coun. Valerie Burke suggested that 40 km/h be considered in some cases, such as John Street in Thornhill, said Miasek.

“We are looking at putting in bike lanes on existing roads if they are wide enough, but that still leaves a lot of areas with no construction planned — or areas that aren’t wide enough, which is where the sidewalk alternative comes in.”

Coun. Don Hamilton, who moved the recommendation, added that the cycling demographic in Markham is changing. “All kinds of older people are biking now,” he said, creating a need for greater cycling infrastructure, such as multi-use pathways.

But Wing Morse, a traffic representative for Ward One South Thornhill Residents Inc., said it would be nicer to enhance the confidence of cyclists by building bike lanes on the right-hand side of streets as opposed to taking up pedestrian space.

“Motorists will then realize that they need to share the roads.”