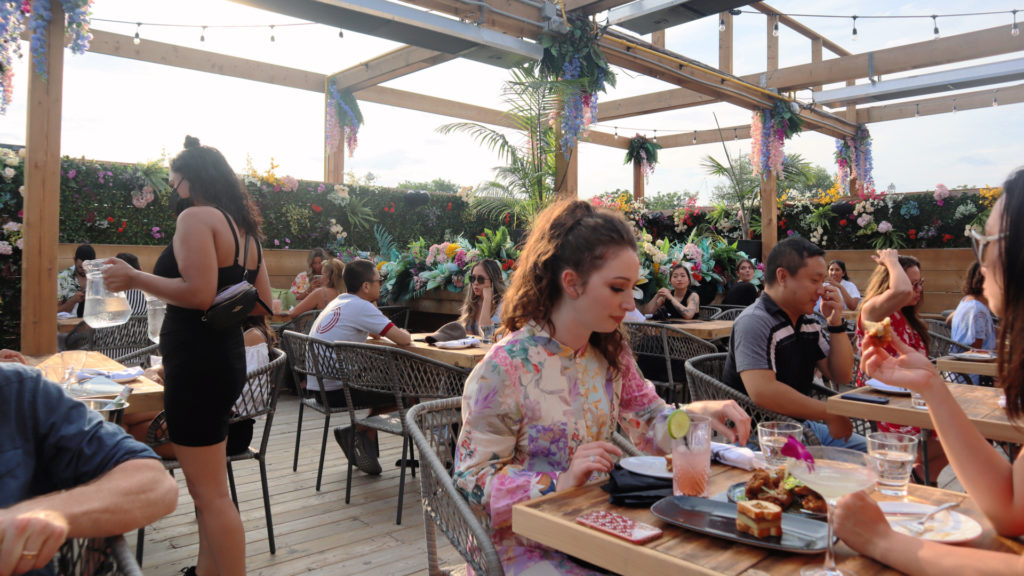 Popular pop-up restaurant Skyflower is back and ready to treat Toronto to another summer of dreamy patio views, along with a revamped menu. Located on the rooftop of the Garden Theatre at College and Spadina, the restaurant became a fast favourite last summer thanks to its sweeping views over the city and the CN Tower.

Skyflower is already no stranger to reinventing itself. After its pop-up run in summer 2020, the restaurant transformed into a Halloween-themed escape called the “Moonlight Tower,” last autumn. Overhead heaters and a massive tent were installed to keep patio diners toasty through October. Unfortunately, the second dining room shutdown interrupted the restaurant’s plans to remain open through the winter.

Skyflower’s simple wooden decor paired with artful floral arrangements will feel familiar to fans of the restaurant’s previous summer incarnation. The relaunched restaurant is doubling down on its garden theme, setting the summer mood with even more colourful flower displays. 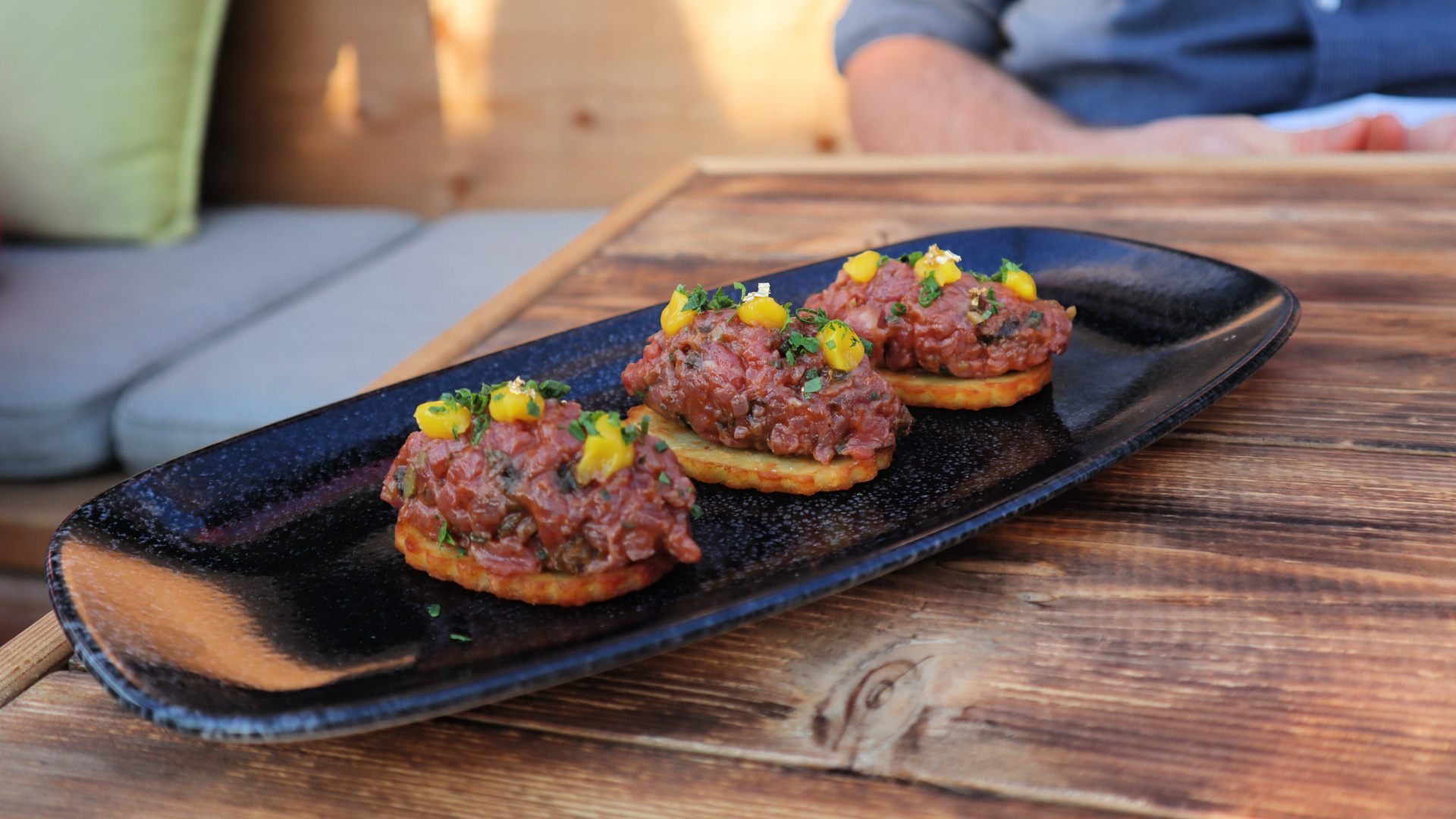 With first MasterChef Canada winner Eric Chong still at the helm, Skyflower is offering a new menu to pair with its refreshed look. Chong has created an approachable line-up of what he describes as elevated comfort food. “Everybody loves comfort food and what better place to have it than Skyflower,” says Chong. 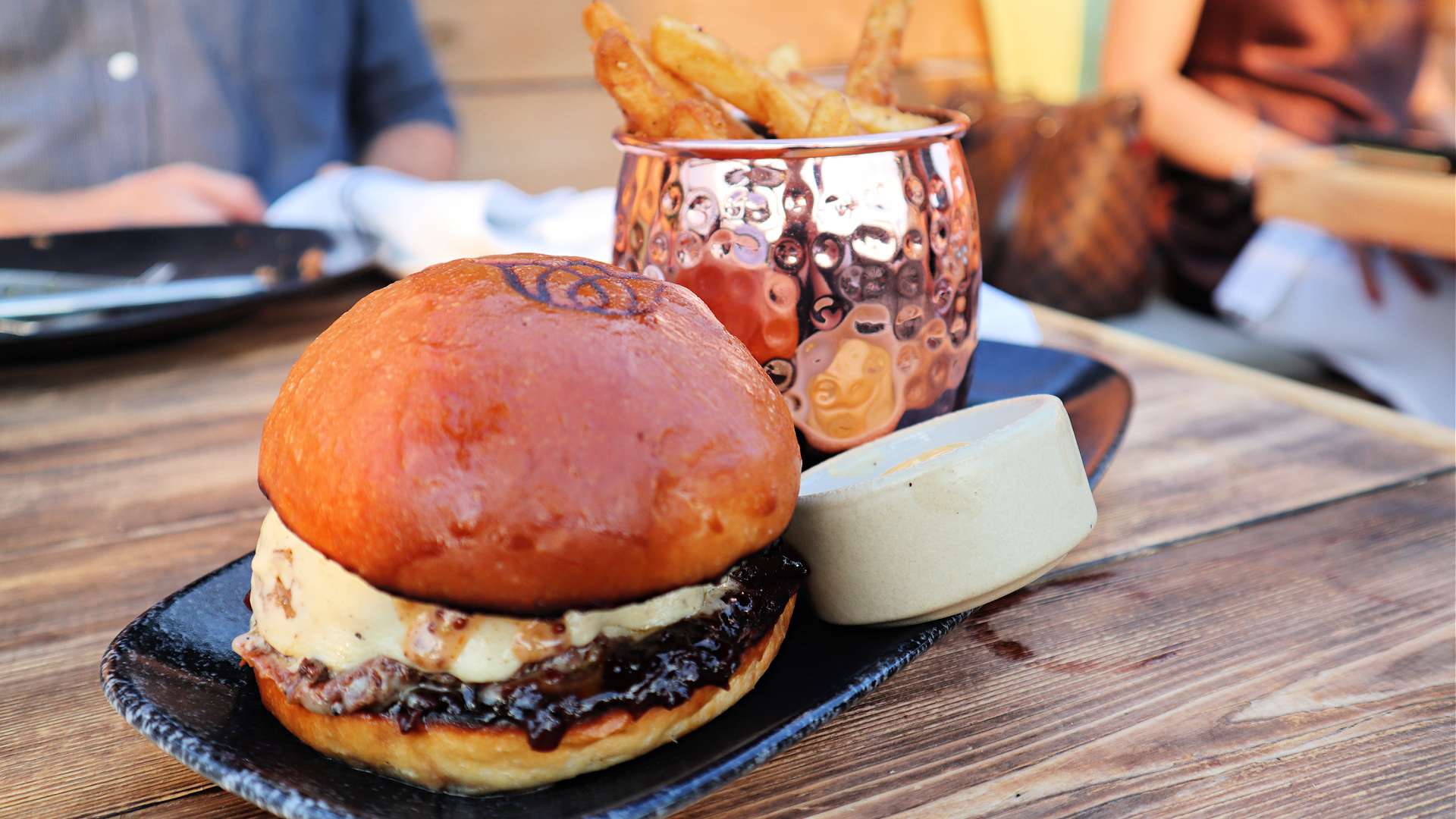 The Deluxe Meltdown Burger features a housemade bun charred with the Skyflower logo as well as beef ground onsite. “It’s a very labour-intensive process,” says Chong. The burger is topped with black truffle fonduta and bacon jam, and served with crispy fries and truffle aioli. 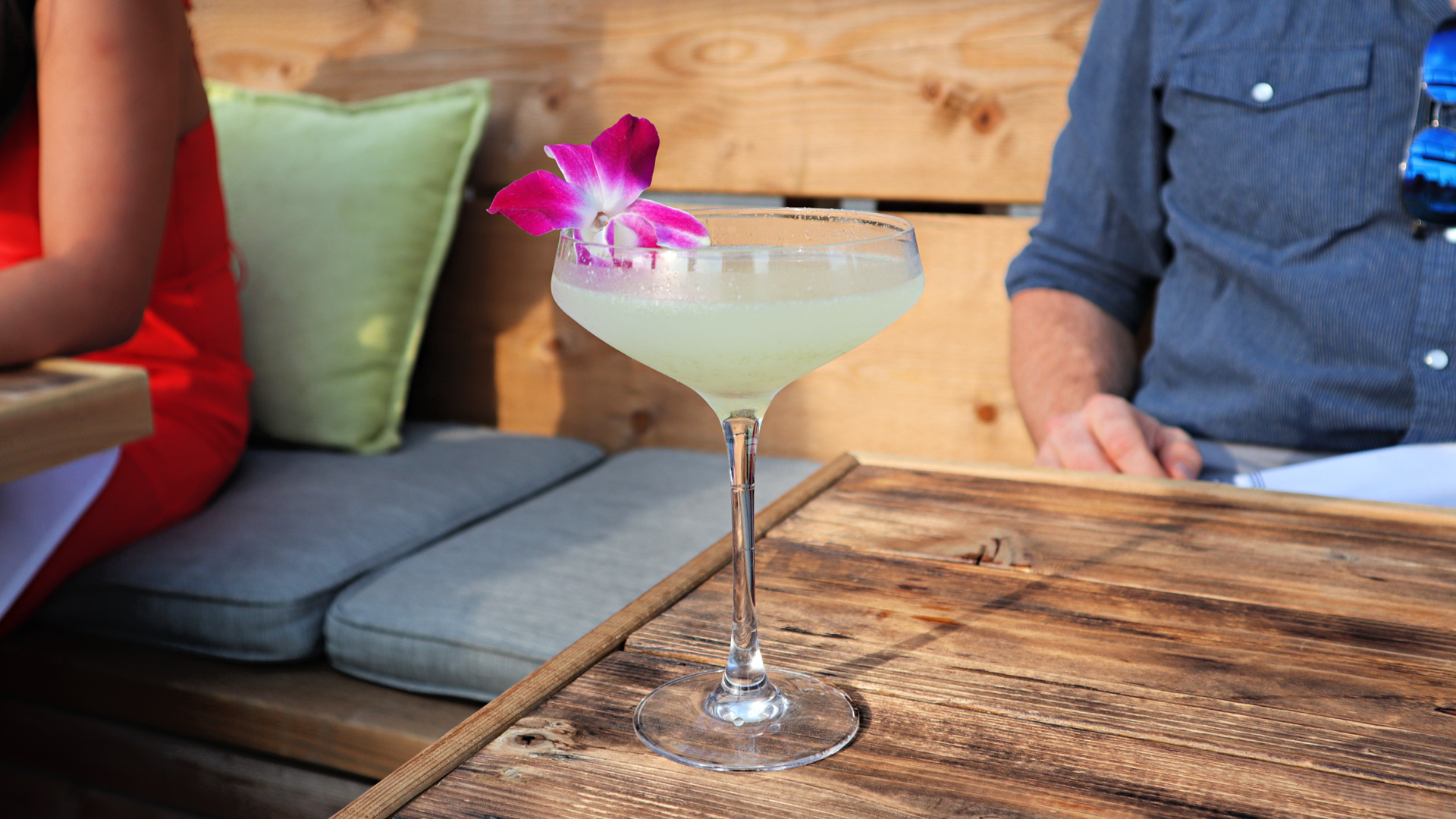 Skyflower’s drink menu includes a remake of the restaurant’s signature cocktail, the Skyflower, made with vodka, sherry and cucumber cordial, along with a brief list of wine and beer. Later on weekend evenings, the restaurant takes on a more club-like atmosphere, complete with bottle service and bumping beats.

Skyflower is also set to debut a weekend brunch menu in the coming weeks. The restaurant is currently open for dinner from Tuesday to Sunday, starting at 5:30 p.m.