So a guy walks into a bar… - TRNTO.com
Skip to content 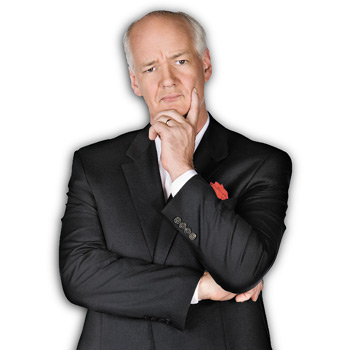 Q: Who would win in an arm wrestle: you or Jeff Foxworthy?

I am highly competitive, have strong forearms and am a big cheater. I would win.

Q: What’s the best recovery technique when a joke bombs?

I personally wouldn’t know. I’ll have to ask Brad Sherwood.

Q: What can we expect of your show at Just For Laughs?

We like to say it’s a live version of Whose Line — without the tall guy, the black guy or the rich guy.  Everything starts with the audience, with audience members onstage, totally improvised — then hilarity ensues. Q: What should we know about Scotland?

That actually we invented ice hockey. Wow! Calm down. Don’t shoot the messenger.

Q: How are Canadians and Scots similar?

We both have to tell people that we’re not from where they think we’re from whenever we travel abroad.

Q: How did you get your start as a comedian?

Basically, I spent most of my childhood being thrown out of class for trying to be funny. A more precise answer would be that I got up onstage one night in Edinburgh, when I was drunk in 1999, and told some jokes. Q: If you were prime minister for a day, what would you change?

The length of the term in office.

There’s a solid trend of solid colours with subtle accessories, like funny-sounding parents and a fish-out-of-water story, that can sometimes cause one to feel compassion for the plight of the performer. Q: With so many star comedians in town, what part of our city are you most proud to show off?

Toronto’s hot guys. Seriously, we are an alarmingly attractive city, and not only are the men cute, they’ll also smile at you!

Q: If you weren’t a comedian, what would you be?

In a mental institution. Or a high school art teacher.

Q: Name a star you want to marry.

Shia LeBeouf. That kid needs to be taught some manners, and I’m the one to do it. Q: What do you tell people about your beloved Toronto?

That it’s the capital of Chinatown.

Q: Why are you so damned funny?

Because I can’t dance.

Q: What is the most hilarious reaction someone’s ever had to one of your jokes?

One guy laughed so hard his glass eye popped out and rolled across the stage. It was hilarious until I had to go get it.