Souls of St. Clair chronicles the life of a neighbourhood - TRNTO.com
Skip to content 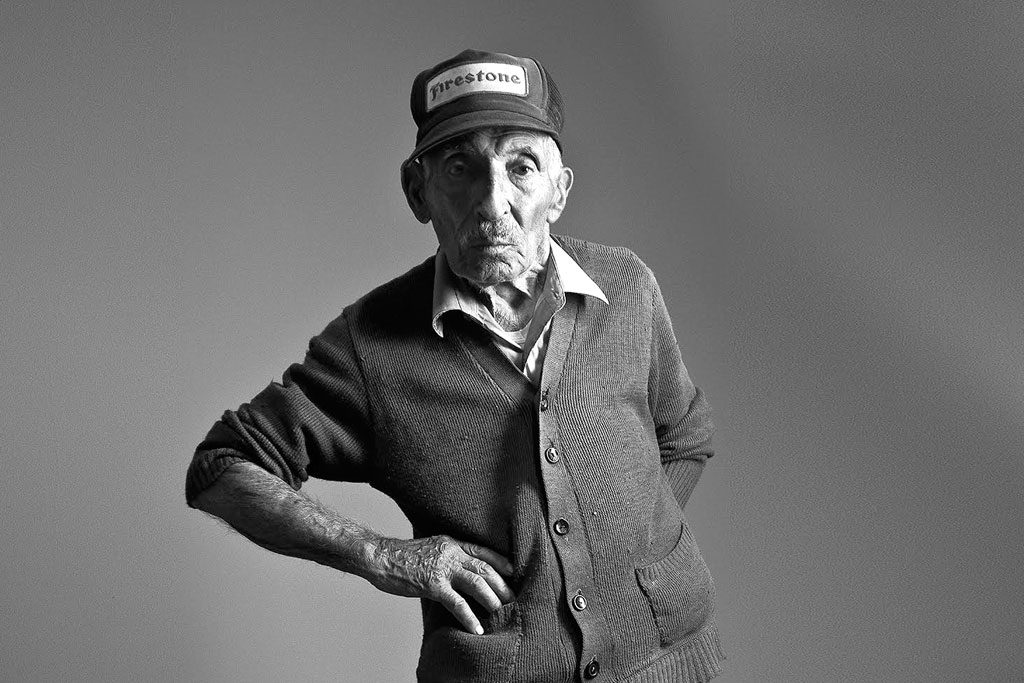 A photo series featuring longtime customers of a Corso Italia bakery is about to take on a new life as a book.

Photographer Franco Deleo grew up at his family’s Tre Mari Bakery on St. Clair Avenue West. In his childhood, his family lived behind the bakery and he began working there at 12 years old. After finishing a creative photography program at Humber College, he set up a photography studio beside the bakery in a renovated storage area. He now lives above the bakery.

Souls of St. Clair is the title of his exhibition and of the upcoming book, featuring portraits of the bakery’s elderly Italian regulars, many of whom have been customers for decades.

“There’s all these incredible older customers that we have. They just dress like they’re straight out of Italy; a lot of them don’t speak English,” said Deleo, who began shooting them on the advice of a friend. “It’s like they’re a part of a different world.”

Deleo began to shoot the subjects in his studio and record his conversations with them about immigrating to Canada, their experiences of Toronto as new Canadians and their memories of the bakery and his grandparents.

Deleo said the bakery used to extend credit to people during difficult times and help those who didn’t speak English do a variety of tasks including translating government forms and visiting the doctor.

“Some people almost couldn’t talk about their experience because it was almost too difficult, with the language barrier,” said Deleo.

“The importance of the community that they had on St. Clair was really valuable. Feeling that there was a connection to a space, which was, a lot of times, the bakery at St Clair.”

After exhibiting the portraits in his studio in 2016 and again recently at Cucinato Studio, Deleo launched an Indiegogo campaign to pay for the design and initial print run of the Souls of St. Clair book, which Deleo said will feature the portraits and personal stories of the subjects.

Those looking to pre-order a copy can do so at francodeleo.com, and Deleo hopes to have the book ready by November and launch it at the bakery that brought him and his subjects together.

“I want to have a big party in the bakery, turn the bakery into an art gallery,” said Deleo.

“People can walk around and see all the prints and pick up their book that they’ve ordered and also meet some of the souls that are going to be there.”