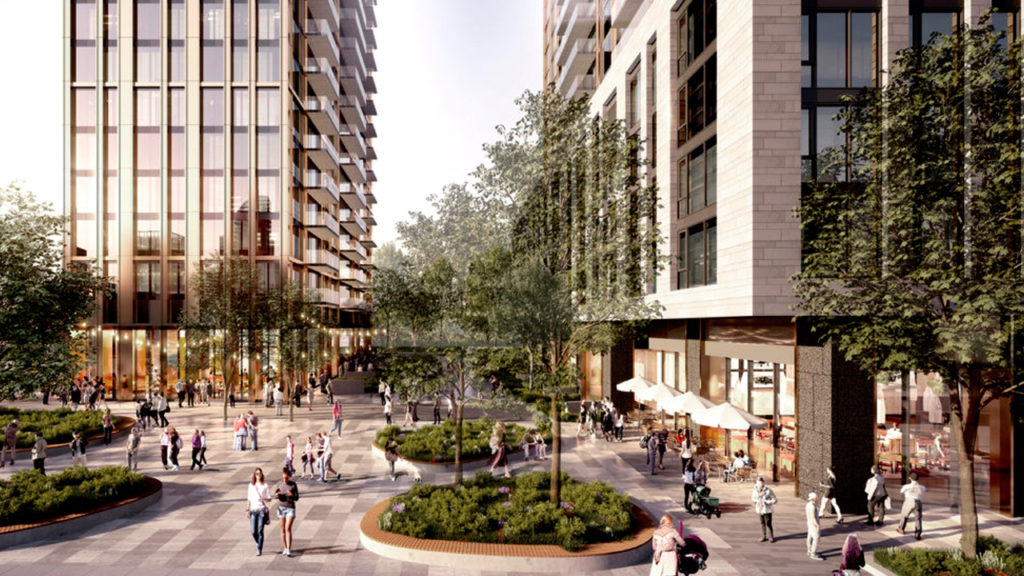 A new developer has acquired the 1.91-acre site at the northeast corner of Bathurst Street and St. Clair Avenue West, but, according to a local city councillor, the developer will be beholden to previous zoning regulations, which were arrived at following extensive community consultation.

The site is currently home to a parking lot for St. Michael’s College School as well as vacant land. In 2020 zoning for the area was amended to allow a 36- storey tower as well as two 30- storey towers. It has recently been acquired by Canderel.

“The site had actually already received an approval back in 1998 from the Ontario Municipal Board for, I believe, two 25-storey buildings, but then a massive podium that took over virtually every inch of the property. It was just this huge brutalist blob and it was a terrible development,” said Coun. Josh Matlow, who established a working group of residents and renewed consultation for the development.

“The realistic question at that point wasn’t, in 2019, whether or not a massive development was going to be approved because that answer [that it would be] had already come in 1998,” said Matlow. “The question was what will this look like and how can we make this better to improve the quality of life in the neighbourhood.”

Matlow said that, after consultation, the community ended up supporting three taller towers, in exchange for more public amenities at ground level.

“By having three towers, we ended up doing something extraordinary in that something like 44 per cent of the property ended up as open space,” he said.

Matlow explained that the site will now include a public park, an affordable child care centre and a seniors’ centre. He added that he could see future community consultation regarding the actual design of the park.

“Zoning is in place. It was secured by the vendors of the property, so we’ll go through the normal process moving forward in terms of working with the city and the community on more of the specific details of the property that come with the site plan approval process,” said Ben Rogowski, executive vice- president and COO of Canderel. “I would expect that to take nine to 12 months give or take.”