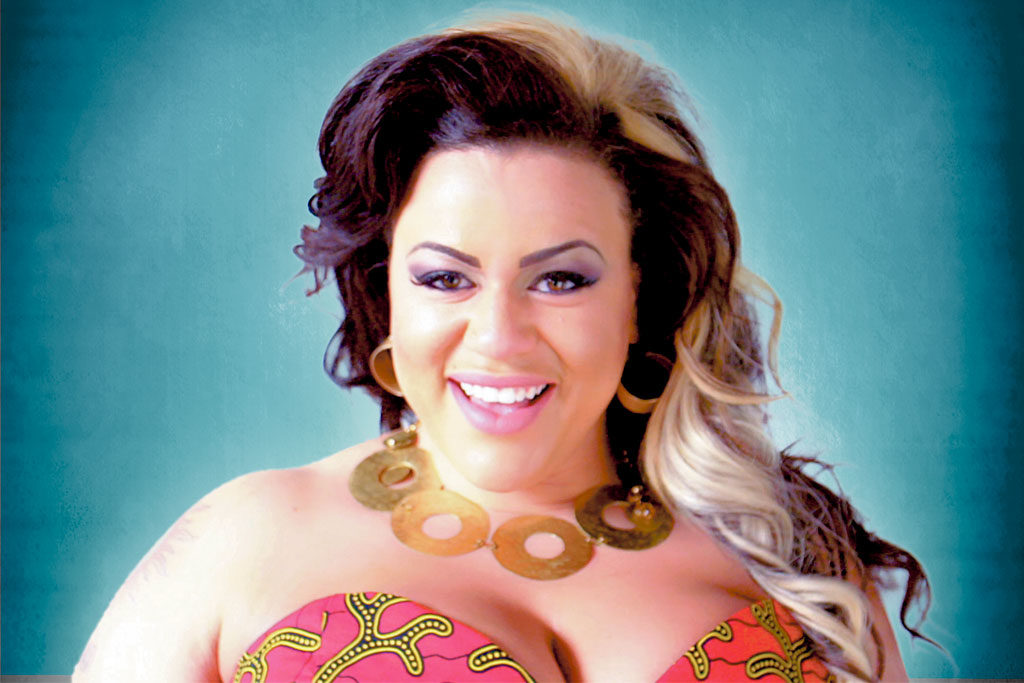 Not many career stories begin with literally being tapped on the shoulder by your calling, but for Steff Ivory Conover, one of the stars of the new CBC reality series The Succulent Six and a plus-size model, that’s exactly how it happened.

While sitting on a TTC bus,  a scout for the Miss Plus Canada pageant tapped Conover on the shoulder and asked her if she’d ever considered plus-size modelling.

At this point, Conover was on her way to a career as a professional artist and performer. She grew up in an incredibly creative household. Her mother was a dancer, her father a jazz bassist, and Conover used to write songs and put on plays with her sister and cousins.

She attended Leaside High School and loved the visual art studio the school had. She continued to pursue the arts after graduation, auditioning for Randolph College (formerly Randolph Academy for the Performing Arts) .

“In my heart of hearts, I really just wanted to be an artist. So I obviously jumped at the opportunity to be at Randolph.”

Conover says Randolph focused on how to make the arts a working profession, and that perspective changed everything for her.

“It was no longer a dream of being a performer. It was something I could sustain myself with financially but also emotionally and spiritually.”

But when she got that tap on the shoulder, Conover was still unsure, and she put aside thoughts of the pageant for a while. After graduating from Randolph, she modelled for the bra-fitting shop her sister was working at for a Bloor Street BIA fashion show.

“The crowd reaction to seeing a bigger body strutting down the street feeling confident, at ease and proud changed my life as well. I was the only plus-size model there that day, and I realized I needed to do something.”

So Conover registered to compete in the Miss Plus Canada pageant and ended up winning in 2007. But as a plus-size model, Conover thought it was important to speak out about the need for more diversity and representation in the industry.

“I want to see people hired for their individuality. I think we need to stop homogenizing what models look like, and that goes for the plus-size model world as well. We need to extend our ranges and our runways, but we also need to extend that into casting for humans.”

That has been just part of the mission of The Succulent Six, the new CBC series that follows Conover and four other plus-size activists as they partner with a “succulent sixth” person each episode and take on a challenge to get out of their comfort zones and complete missions to champion self-love.

The group of 5 women formed after doing a photo shoot together for International No Diet Day that went viral.

“We look for a need in ourselves that needs to be settled or fixed or a fear that should be taken down, and we document that mission,” says Conover.

The show, which is currently streaming on CBC.ca and the CBC app, falls in line with a lot of what Conover believes.

“I think people are tired of seeing these prettied up, gussied up, homogenized images of what they should look like,” she says. “I think everyone is craving authenticity, and that’s really what this series is about.”