Steve Earle set to play at the Kee to Bala in Muskoka | TRNTO.com
Skip to content 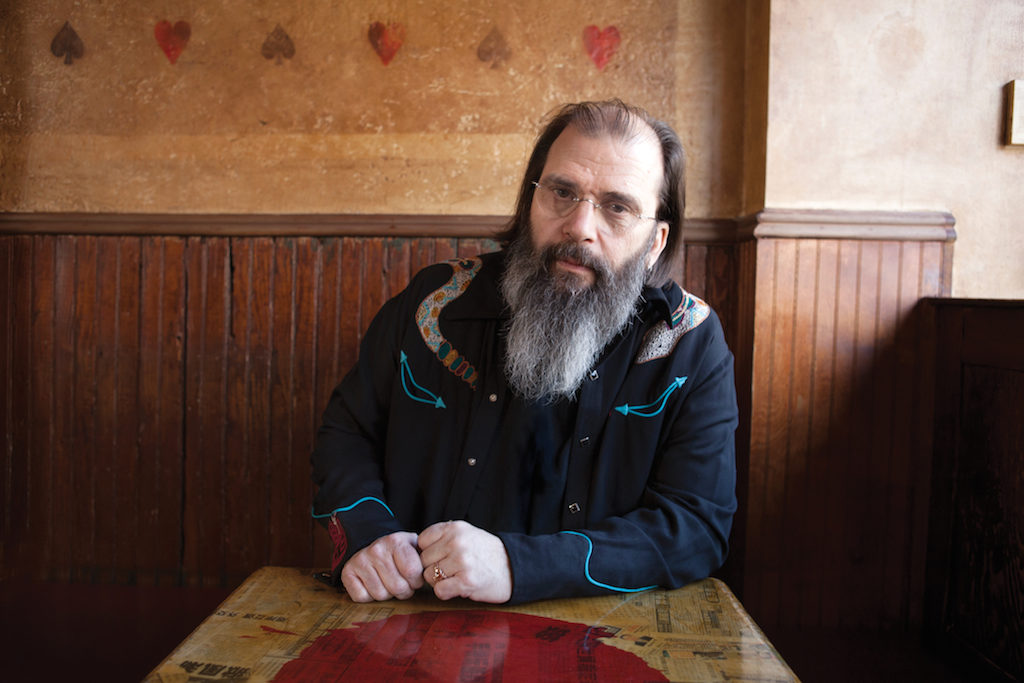 “I said I knew Townes, and I started getting asked to go places,” said Earle, during a recent interview at the Cameron House on Queen West. He became part of a community of like-minded artists including his mentor Clark, Rodney Crowell and many others. It was the defining experience of Earle’s artistic life.

“In some ways, everything I write is about it in one way or another because I kind of became who I am in those three or four years in Nashville,” he says.

Earle recently released an album of Clark’s songs entitled Guy. It follows on the heels of an album dedicated to his other songwriting hero and mentor, Townes, released a decade ago, which won him a third Grammy Award for Best Album in his decades-long career. But it is Clark who taught Earle about the art of telling a story through song.

“Guy Clark was the best story songwriter that ever lived,” he says. “I think I had a propensity for that. The story songs are more natural to me. But Guy was better at it than anybody else I saw, so I was able to concentrate on my strengths for several years and was able to get a lot better really fast from being able to hang out with those people, especially Guy.”

Steve Earle & the Dukes play the Kee to Bala in Muskoka on July 18. For information, go to SteveEarle.com.