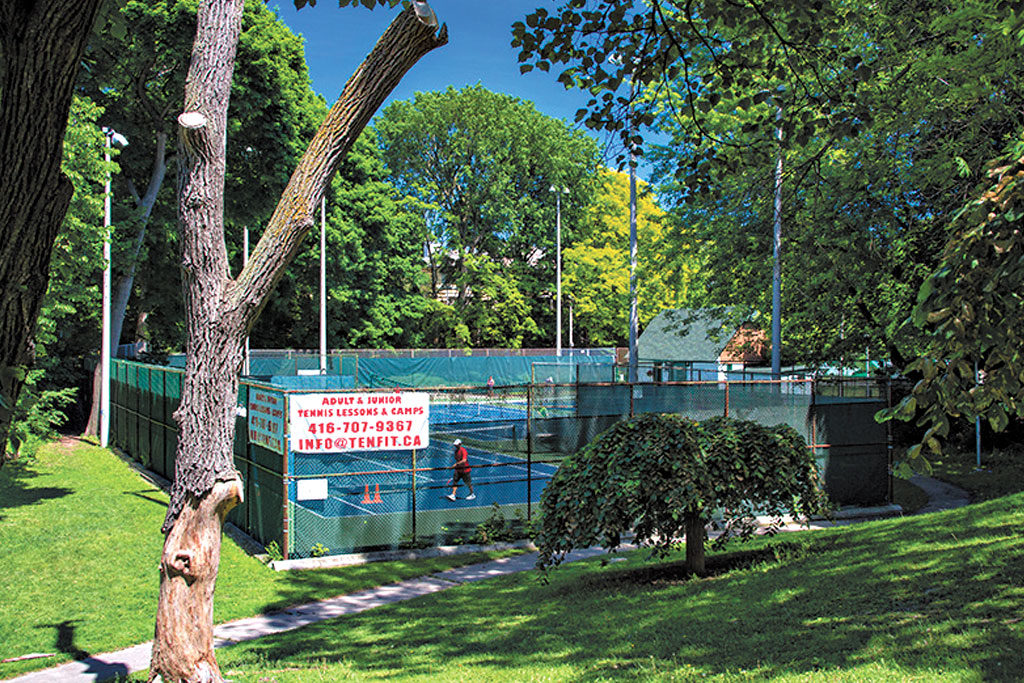 This year Rogers Cup was particularly exciting when Richmond Hill native Denis Shapovalov upset the tennis world by beating Rafael Nadal to advance to the quarter finals. Cue a youth movement at local clubs. The trouble is that there is no room.

The North Toronto Tennis Club has had to turn away members. Over the last two years alone, more than 500 residents unsuccessfully tried to join because the club was at capacity. In response to this demand, the club wants to turn one of the two underutilized lawn bowling greens into two clay tennis courts.

One lawn bowling green would remain for the 25-member club, but the current lawn bowling clubhouse would be for the new tennis courts.

The project is ambitious as two clay courts and fencing will cost over $150,000. The funds for the new courts will be raised by the community and through increased membership.

As with any semi-private club that is operating out of a city facility, one of the challenges for both the city and the club will be how much time is allocated to the general public.

Approximately 40 per cent of the city tennis courts are operated by not-for-profit tennis clubs, and there are approximately 22,000 residents across the city that pay for memberships.

These clubs are beneficial as the membership fees offset some of the maintenance costs. In addition, the clubs control scheduling, run leagues and host round robins.

However, even the semi-private clubs are subject to the city’s rules and regulations. All of the tennis courts that are run by a club are required to provide at least six hours of play per week to the general public free of charge, but the tennis club decides how those hours will be allocated.

The North Toronto club makes courts available to the public on Sundays from 4:30 p.m. to 10:30 p.m. Wanless Park Tennis club, also at capacity, has public hours on Friday, Saturday and Sunday from 9:00 p.m. to 11 p.m.

In the vicinity, there are also the city-run tennis courts at Otter Creek, the North Toronto community centre and June Rowlands Park that are completely open to the public.

Given the choice, most would prefer to play on the courts operated by the tennis clubs. They are better maintained, the surface is nicer and the nets are better in addition to social benefits that clubs can provide.

Given the success of Canadian tennis players, the sport will likely continue to be popular for many years to come.