Stintz on Midtown: Is it possible to reduce congestion and pedestrian injuries? - TRNTO.com
Skip to content 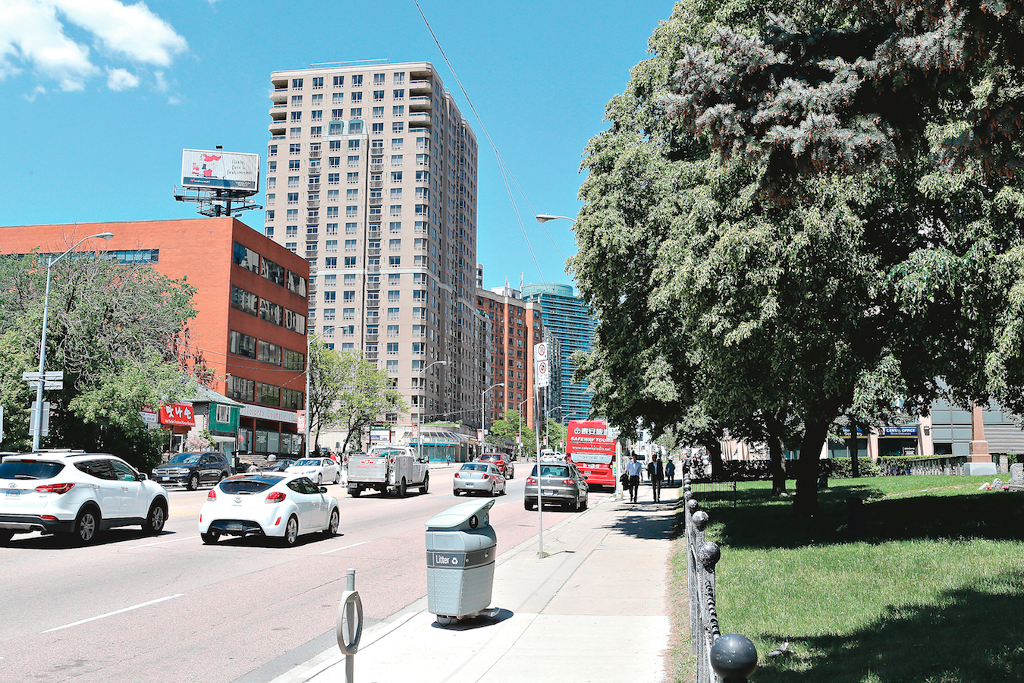 Mayor Tory has made a number of pledges and commitments; however, there are two in particular that appear to be at odds with each other. Although his commitment to reduce congestion is not necessarily mutually exclusive with his pledge to reduce pedestrian injuries, the two objectives are difficult to reconcile.

The basic question about what constitutes the highest and best use of a public roadway is at the core.

This question is coming up time and time again, most recently with projects such as the Bloor Street bike lanes and the King Street West transit pilot project — even the Crosstown Eglinton plan includes extensive use of bike lanes — and other people-centred planning that inevitably butts up against the need to reduce congestion.

Reducing pedestrian injuries and fatalities and making streets more community focused usually involves slowing down traffic because evidence suggests that when vehicles move at speeds of 30 km/h or less there is a significant reduction in pedestrian injuries.

Is the highest and best use of a public roadway to efficiently move as many cars as possible or to promote a safe environment for the most users?

There was a proposal to reduce the number of traffic lanes from six to four and create wider sidewalks and bike lanes. The councillor consulted widely with the community, and the general consensus was that the best option for the area was to dramatically rethink the current road from a major arterial road to a road with less capacity for carrying cars while creating more space for other functions.

The proposal was ambitious and would have had a positive change on that section of Yonge.

Ultimately the proposal was defeated for a number of reasons.

Whatever proposal is finally adopted by city council, street parking should not be a consideration. Street parking is the most inefficient use of road space, whether you are in favour of removing congestion or building safer streets, and should be moved to side roads or parking lots.

There is still a chance that elements of the proposal will be adopted by city council.

At a minimum, the sidewalks should be widened and street parking should be removed. That section of Yonge Street will never be a quiet leafy enclave, but it certainly could be safer.

This balancing act of managing duelling priorities is far from over.