Stintz on Midtown: Long live the republic of Rathnelly - TRNTO.com
Skip to content 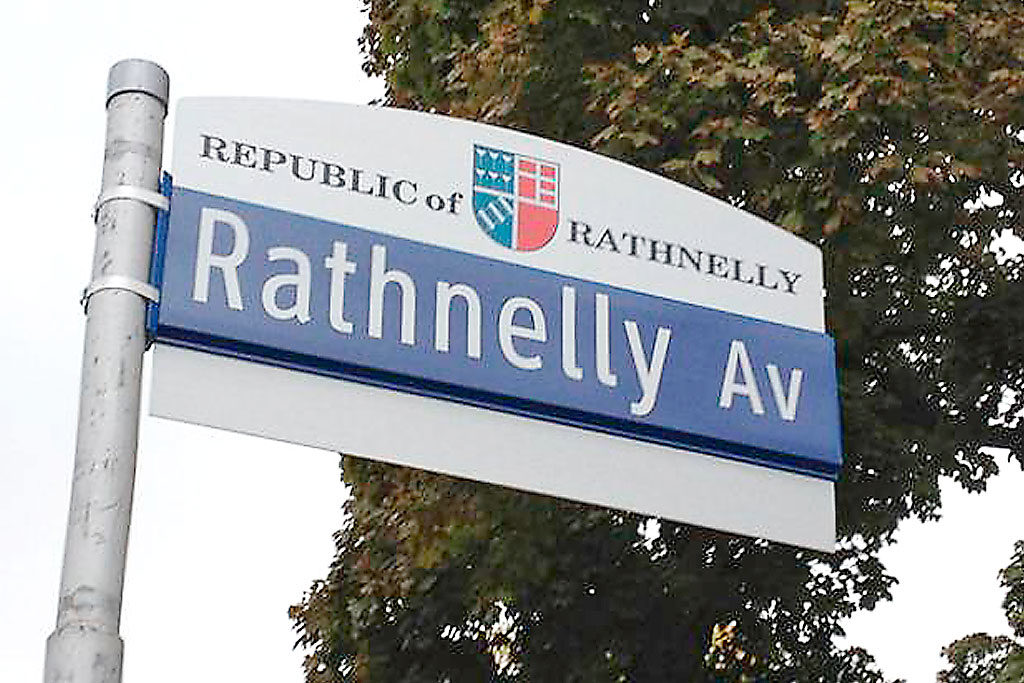 In 1967, while the rest of Canada was celebrating 100 years, an upstart neighbourhood near Casa Loma declared its independence.

The community was in the line of sight for the Allen Expressway extension, and the neighbours were worried that the houses would be expropriated to make way for the highway. They got together, bestowed royalty on a local resident and elected a poodle named Bubbles to be head of state. The Republic of Rathnelly was officially formed within the borders of Avenue Road, Poplar Plains Road, Poplar Plains Crescent and the CP Rail tracks. A Coat of Arms was designed and remains proudly displayed on all the street signs in the area.

In addition to holding ceremonies, the republic took up arms against the government, including a demand letter to the feds for foreign aid to build a playground. Although that fell through, the republic had success in its battle against the provincial and municipal governments to stop the extension of the Allen Expressway. As a result, a strong community was formed, and the republic remains.

At the time of the Republic of Rathnelly’s inception, the neighbourhood known as Rathnelly was made up of rooming houses and dilapidated homes. The local government of the day was likely surprised by the insurgence, assuming that the area residents were transient and unlikely to have strong opinions on any proposed changes.

Now as the nation celebrates 150 years, the Republic of Rathnelly celebrates its 50th anniversary as an independent commonwealth.

After 50 years, it is a much different neighbourhood than it was in 1967. The rooming houses and dilapidated homes have been fixed up and the average home sells for more than $2 million.

Kirk Lynn lives in Rathnelly and is considered a newbie to the neighbourhood after 15 years.

He is a self-proclaimed proud republican and says that his family wouldn’t live anywhere else in the city. Given that the past 50 years has been so successful for the republic, it will be interesting to see what the next 50 years hold.

When asked, Lynn indicated that there were no specific plans but didn’t rule out annexing Turks and Caicos islands.

If the residents of Midtown play their cards right, they could get special treatment as a territory of the Republic of Rathnelly. It might not help with preferred access to the Turks and Caicos, but it may result in an invitation to the annual street party to celebrate Rathnelly Day.