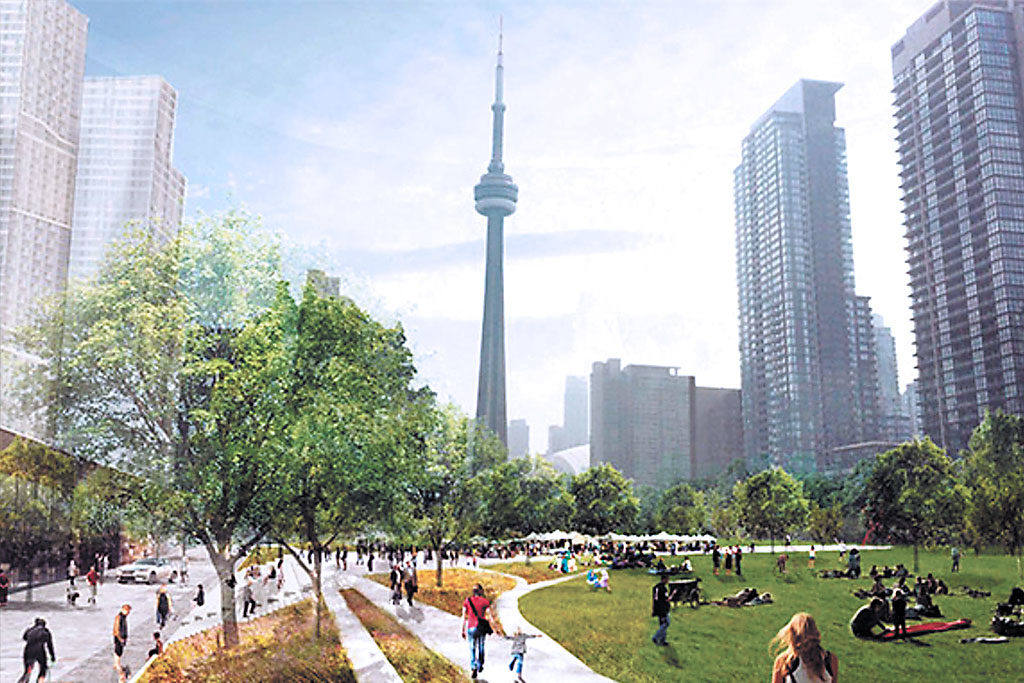 Big city mayors are expected to have big ideas that transform their respective cities. Mayor Tory launched his big idea for a new major park in downtown Toronto, to be built over the rail corridor between Bathurst Street and Blue Jays Way. The Rail Deck Park project is similar in concept to Chicago’s Millennium Park.

It is a bold, creative and ambitious plan, not just because it has not been done anywhere else in the city or the country, but also because it is currently unfunded.

The need for more park space is not just a downtown issue. It is also becoming a Midtown issue.  The pace of growth in Midtown is not surprising given that the Yonge-Eglinton area has been rated as the best neighbourhood in the city to live based on indicators such as housing, schools, employment, shopping and access to transit. Interestingly, access to parks and green space was not one of the indicators.

In spite of the many attributes of the Midtown area, it has been identified through multiple planning reports that the area is deficient in park space relative to the population and need.

After 10 years, the bus bays have finally been demolished, and the land is currently being used for LRT construction.

Once the LRT becomes operational in 2021, the Toronto City Council–approved plan was to sell the land to build a mixed-use development. But that was before the current condo boom. There is a strong case to be made that the highest and best use for the land today is not for more housing but for more green space.

Turning the land into parkland is not only a creative solution, it may be the most practical one.

There are many constraints on the land that make development difficult, including multiple ownership and the fact the air rights above the property are owned by a private developer who has not indicated a desire to sell.

The intense development in the area creates both the need and the funding opportunity. Through the use of development levies and fees, the city can begin a reserve fund to help pay for the cost of building the park.

The one thing this creative solution needs is a champion.  Perhaps next year’s municipal election will provide an opportunity for that champion to emerge.