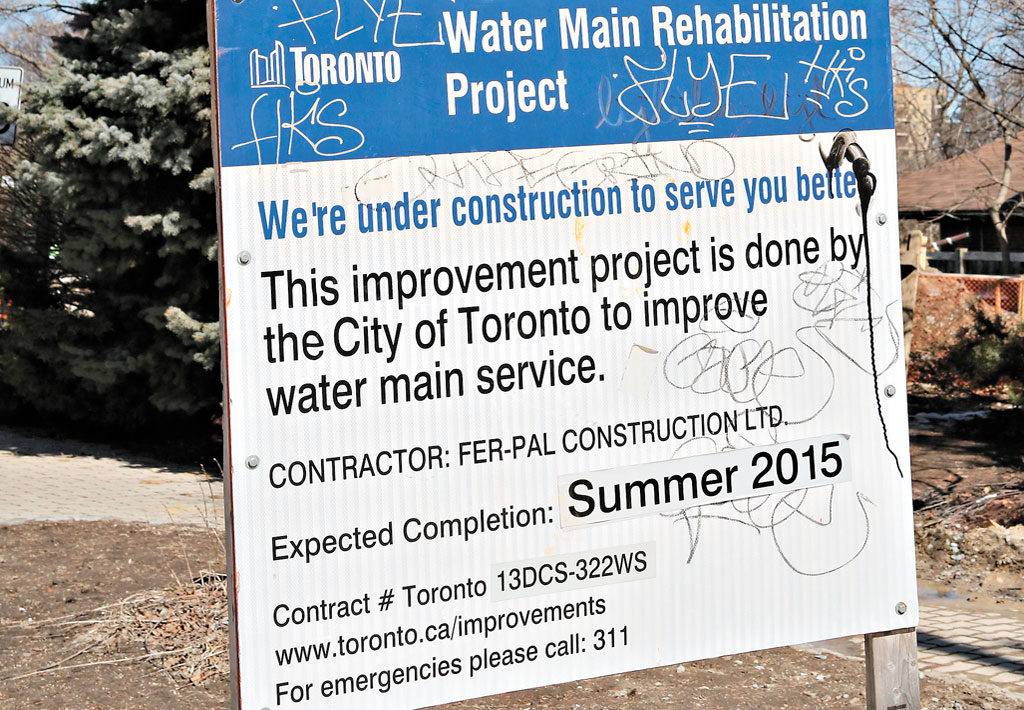 ­­­Last month, I suggested that the one thing we would agree on is that there needs to be a massive overhaul of the lands occupied by the Toronto Transit Commission at Yonge and Eglinton, including the addition of a new park.

I found another one. The water main construction project on Duplex is the most irritating project since Avenue Road was repaved three times in five years. The subway overruns may be costing more money; the Duplex project has annoyed more people in the area. The goal was to connect a water main that runs beneath Duplex to the new water main installed underneath Avenue. Work began in April 2014 with no end in sight.

First the contractors dug up the road. Then they dug up Duplex Parkette. The contractors were searching for the city pipe. It turns out they were searching in vain because the plans were outdated. The work was delayed while the pipe was located, and the park remains a monumental mess.

During the five seasons that have passed, tree seedlings have fallen into the huge dirt pile that remains. Little saplings have begun to grow out of the mound. If not addressed soon, the trees will fall under the city’s bylaw for tree protection, and the city will need to get a permit from itself to remove the fledgling foliage.

In addition to the park looking like scorched earth, Duplex, considered a secondary arterial and carrying 20,000 cars per day, has been closed for a year.

Compounding the problem was the fact that there was no clear detour, so drivers unfamiliar with the area would continuously turn the wrong way down Chatsworth.

At one point last November, it looked as if the project might be nearing completion before it was discovered that a critical part that was ordered was the wrong size, so the work was delayed again. Homeowners on Duplex were warned to keep their taps running overnight so that the water hoses wouldn’t freeze.

Finally, the part arrived and the water main was connected in late December. The cold weather prevented the city from re-installing the sidewalks so a temporary tar patch was filled in so that people wouldn’t fall in the construction hole over the winter.

There continues to be a Road Closed sign at Duplex and Glengrove that is largely ignored.  However, the sign remains in the middle of the road creating congestion.

There’s an old adage that says there are really only two seasons in Toronto: winter and construction, and this is proving to be true. I am hoping that this construction project can be completed by next winter.

Karen Stintz is a former city councillor, elected in 2003, and was a chair of the TTC. She lives in Ward 16 with her husband and two kids