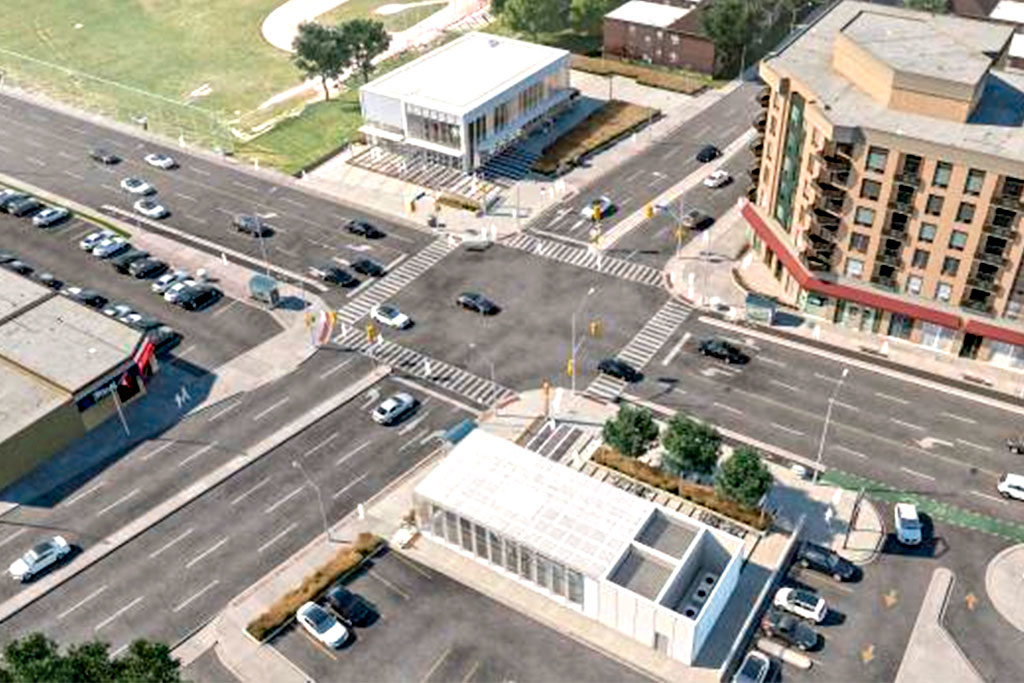 When the McDonald’s at Eglinton and Bayview was demolished, only to be replaced by a one-storey light rail transit (LRT) station, there was a general feeling that an opportunity to better utilize the land on the corner had been lost.

Last month, the feeling was confirmed when a developer called out Metrolinx and the city for shutting down a potential condominium development at Avenue and Eglinton that would have integrated the LRT station into the design. Had only the developer been able to proceed, Metrolinx would have benefitted financially, the station would have had a better design and the two dozen trees that are currently scheduled to be cut down would have been saved.

However, the City of Toronto and Metrolinx have been trying to figure out how to make development over the LRT stations work for years.

The city commissioned a study of Eglinton and identified development opportunities along the corridor.

In reality, it is very difficult to co-ordinate the development of an LRT station and a mixed-use development at the same time.

When Metrolinx was expropriating land at a few intersections, it tried to engage the development community in the process. The transit agency is under a great deal of pressure to have the LRT opened on time and has an incredibly ambitious schedule, so it ultimately made the decision to proceed with the building of the station, rather than wait for a development partner.

Metrolinx is claiming to build stations that can still be developed into mixed-use sites, and it may happen, but it is very difficult to do so after a station is built.

It is also risky to build stations with a development partner because if there are any delays for one partner it impacts the other.

In the case of Avenue Road and Eglinton, a developer tried to piggyback on Metrolinx and take advantage of the land expropriation that was required to build the station in order to build a 15-storey condominium tower in an area currently zoned at a lower density.

Some in the community put support behind the plan because it could have meant stopping the controversial cutting down of trees at Eglinton Park. The fact that the building was higher and denser than the city plan was overlooked for the sake of keeping the park intact.

Although it is unfortunate that Metrolinx was not able to partner with a developer on this site, the transit agency made the right call.

Delays at any station will delay the opening of the line. Midtown needs better transit more than it needs more condos.