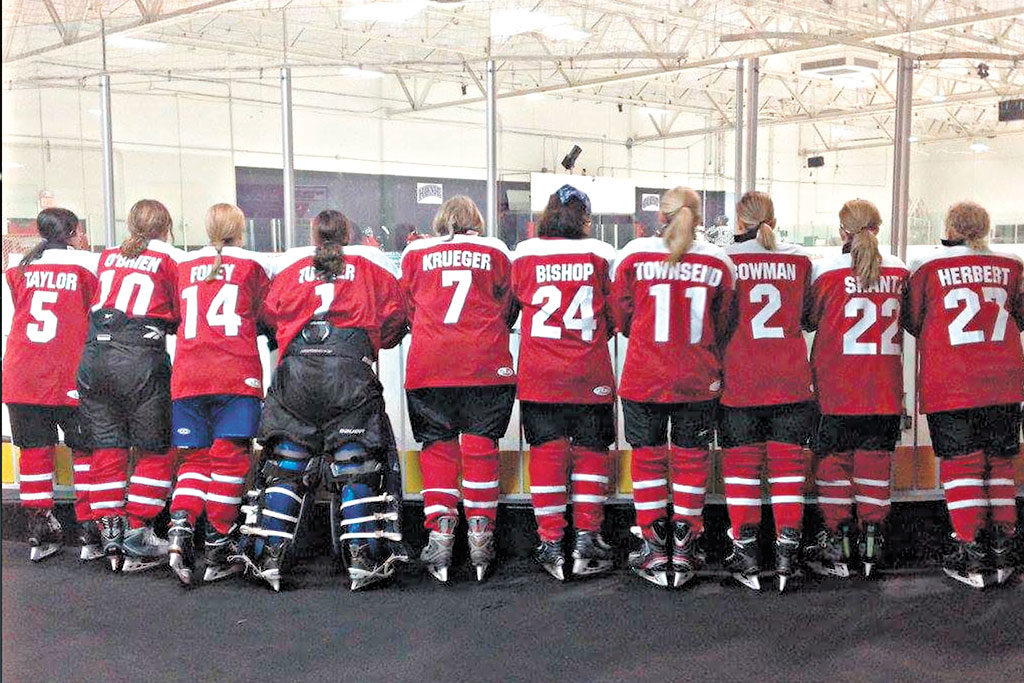 Several years ago, the North Toronto Memorial Arena was in the hot seat for not providing enough ice time for girls’ hockey.

The girls’ league at Leaside arena was growing and needed more time. Since the North Toronto arena was fully utilized during prime time, it was challenging to meet all the competing needs.

The issue was frustrating and highlighted the lack of infrastructure within the city to support new and emerging ice sports. The result was a new citywide policy for ice allocation and a new second ice pad at Leaside Memorial Arena.

Although the ice allocation issue was solved, the North Toronto arena continued looking for ways to meet demand and use the ice during non-peak times.

In the process of looking for new ways to use the ice, the term “hockey mom” took on a new meaning. No longer content to shuffle kids to practice and cheer them on in the stands, a group of moms launched their own league called Skate Sister Hockey.

The league was started by Liz O’Brien. The self-proclaimed stay-at-home mother of four had time during the day and was looking for some camaraderie and exercise.

She was very familiar with the North Toronto rink as all her children are hockey players. Her sons play throughout the city and her daughter plays at Leaside.

Although there are women’s leagues across the city, the teams are competitive and not always accessible to those who have little or no experience playing hockey.

Skate Sister is open to anyone who wants to have fun and play four-on-four hockey during the day. There is no requirement to know anything about hockey, but knowing how to skate is an asset.

The ice is available because it is not prime time and is perfect for anyone who has time during the day.

It has become so successful that other arenas such as the Larry Grossman Forest Hill Arena are allocating ice time to Skate Sister.

The longtime players on the league range from former figure skaters to 40-something moms who have never worn skates. One mom said she looked like Bambi when she first went out on the ice, but now she is a keen player and loves the game.

These incredible women have even sent teams to Iceland and Las Vegas to represent Canada in tournaments. The Skate Sister Hockey league is a great example of enterprising women using their time and skills to get in shape and make new friends. And you don’t need to be a hockey mom to play.