Four pieces of art worth $265,900 were stolen from a Toronto art gallery | TRNTO.com
Skip to content 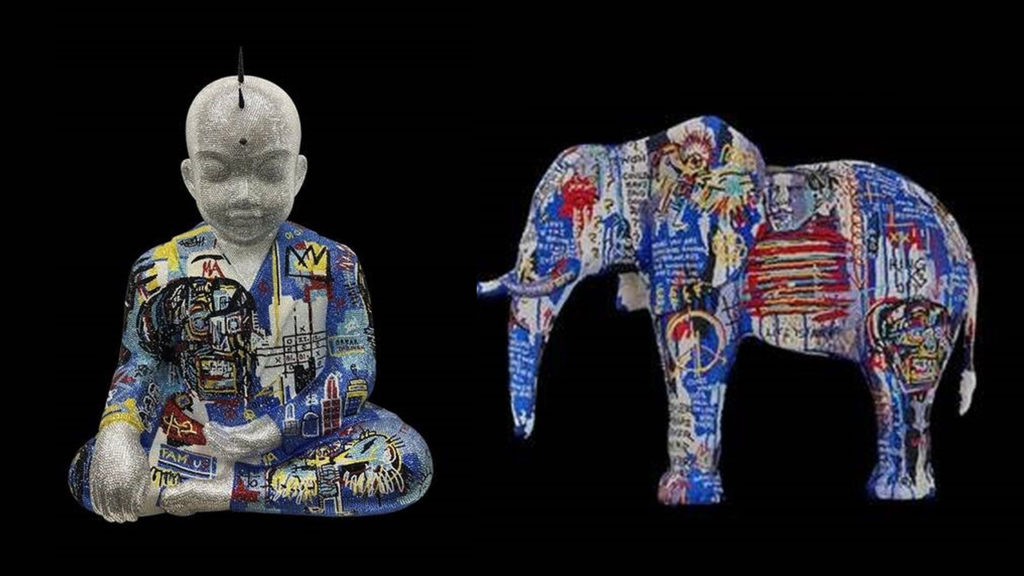 Toronto Police are looking for three people who broke into the art gallery at Avenue and Davenport roads in the Yorkville district early on April 19th. The thieves stole four pieces of art, totalling $265,900. Gallery cameras caught the thieves prying open the gallery door and entering the space.

Images of the stolen art were released by Toronto Police. They include an elephant and buddha sculpture created by German artist Metis Atash, who combines pop art aesthetics with conceptual art traditions. Each of her sculptures are one-of-a-kind and are created in fiberglass and decorated in Swarovski crystals. She gifted a similar “Punk Buddha” to Drake for his birthday a few years ago.

Also stolen was a bronze sculpture by British artist Sophie Ryder called “Lovers on Horseback” as well as a figure on a pedestal by Netherlands-born artist Hanneke Beaumont. Toronto police have opened an investigation and are asking the public to contact police at 416-808-5300 or Crime Stoppers anonymously at 416-222-TIPS (8477).

Toronto police issued a press release that includes images of the stolen art and photos of the suspects. The three suspects were last seen leaving the crime scene in a grey Toyota Sienna minivan that did not have license plates.

Anyone with information can also contact the police through online methods, including www.222tips.com, through the Toronto Police Department Facebook page (Facebook Leave a Tip ) page, through text message (text TOR and your message to CRIMES (274637).

The Toronto Police also has a mobile app called Crime Stoppers that can be downloaded via iTunes or Google Play (tips can be made anonymously).