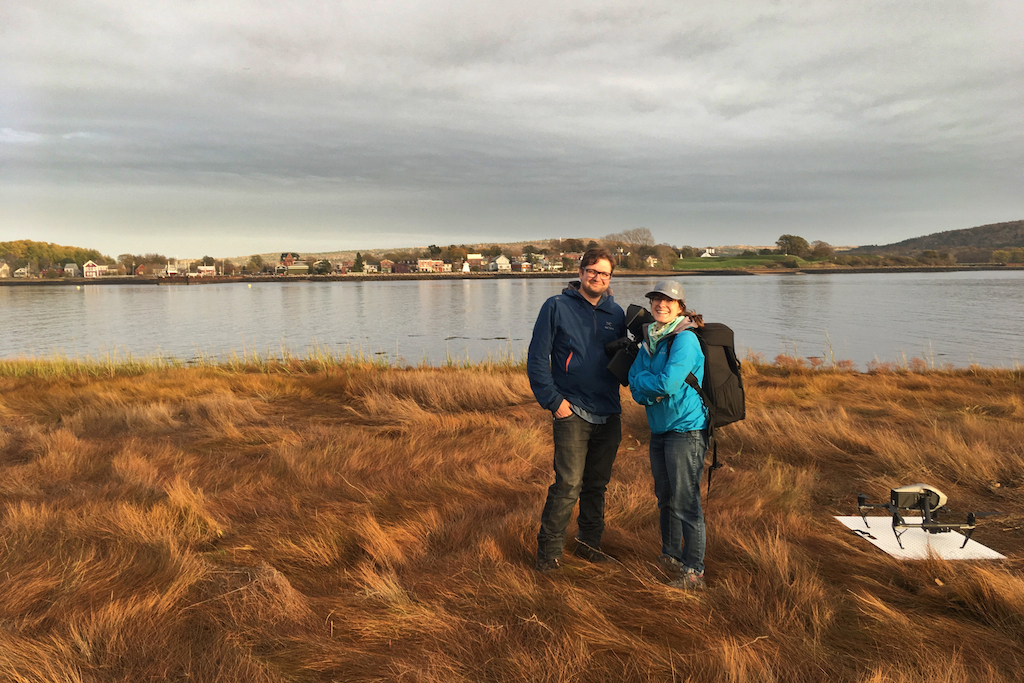 The latest project that filmmaking duo Zach Melnick and Yvonne Drebert have been working on is TVO’s Striking Balance. The nine-episode series explores nine of Canada’s UNESCO-designated biosphere reserves and is narrated by the one and only Jim Cuddy. The series puts a spotlight on how important these natural landscapes are and seeks to challenge the viewer’s perspective on what they know about the natural world and their place in it. The series — which was directed by Melnick and produced by Drebert — also investigates how people are creating symbiotic relationships with nature and developing sustainable economies.

We are actually high school sweethearts. We met during a drama production of A Christmas Carol — Zach was playing Scrooge, and I was playing the kid who purchases the turkey at the end. It took a few more years, but we got together in Zach’s final year of high school and have now been together for about 20 years.

We were high school students, so our restaurant standards weren’t super fancy! We went to Swiss Chalet, Zach’s favourite restaurant at the time, and then to see a movie, Meet the Parents. Evidently, it was a successful first date as we’re still together! We probably went to a few hundred movies together after that, and even began working for Cineplex as one of our early film gigs, doing celebrity interviews, from Samuel L. Jackson to Justin Bieber. Sometimes the interviews were filmed on location and it was pretty eye opening for us to be behind-the-scenes on big budget films.

When high school was over, we both went to different schools, but managed to stay together despite living in different cities. Zach went to McMaster for multimedia, and I studied sculpture/installation at OCAD. Our first place together was a tiny condo by the Rogers Centre. Needless to say, for a few kids from the rural south, living right downtown was a big change.

Since we both went through post-secondary for the arts, it just seemed natural to work together when we’d finished our degrees, and we began picking up commercial work. Zach was the camera operator and I was on the sound team. At the same time, we were shooting documentaries for our Ontario Visual Heritage Project series which had us travelling across Ontario, which eventually led us to Striking Balance and the work we’re doing today.

We had been together for 12 years at this point, and our moms just couldn’t wait anymore for a wedding! So, on a trip to the west coast to visit Zach’s brother, we did a pretty amazing hike up to the Garibaldi Glacier. When we were at the top of the mountain, Zach went down on one knee and pulled a ring from his pocket and the answer was “Yes!” It was a pretty challenging hike, and as we picked our way back down through the scree, we joked that if we didn’t make it — no one would ever know we’d been engaged. We eventually made it down and were able to give our moms the good news. 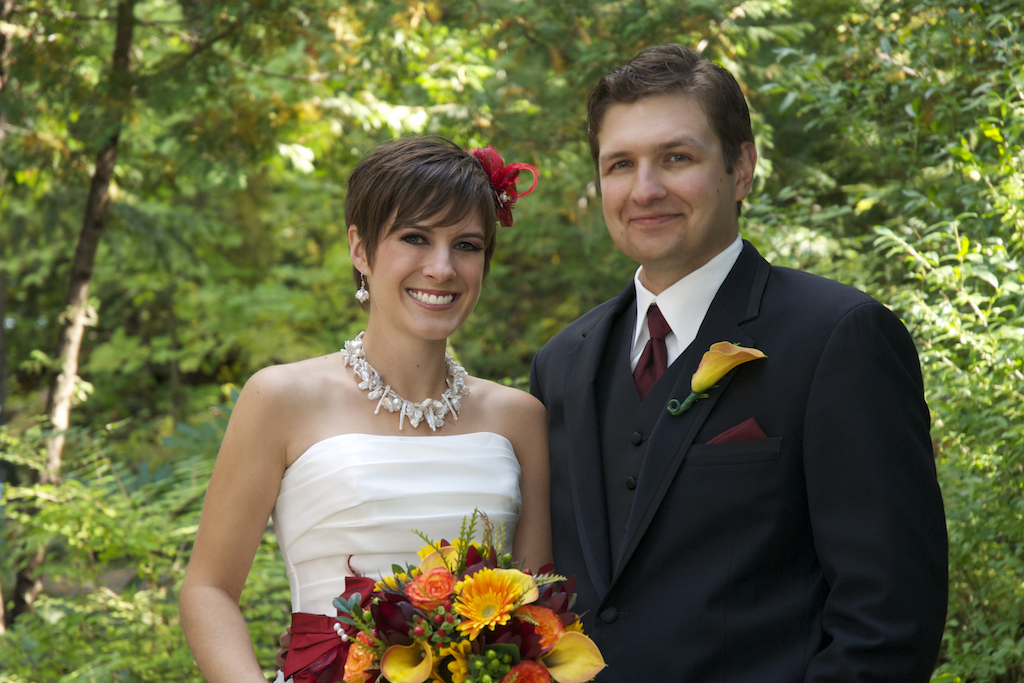 We were married in the fall of 2011 in Parry Sound on the beach. Zach’s family had cottaged in the area for 40 years, so it was really meaningful for them. Instead of a cake, Zach’s grandma made dozens of butter tarts. We lucked out with the fall colours and had a perfect fall day.

We have yet to go on a honeymoon, as work has always gotten in the way! We were planning an escape after our most recent series, Striking Balance, is completed later this year, but COVID-19 has thrown a wrench into those plans. So, maybe we’ll finally get to go on a honeymoon for our tenth anniversary next year!

When you’re spending several months at a time driving a van across the country making films, there is honestly not a lot of work/life balance! The excitement and adrenaline make up for it, and our journeys are always really memorable, because we’re spending time at each location with people who are doing meaningful work. A lot of our films focus on subjects that interest both of us on a personal level, so it’s easy for us to really dive in. We work together pretty much every day, but we generally like each other, so that makes it easy! We are very careful about each taking on roles that play to our individual strengths. And regardless of what happens with the project, at the end of the day we’re still going to be there for each other, which gives us the strength to get through the hard times.

The challenge for us is really carving out time together that’s not work related. So, we do our best to head out in our canoe or hit the Bruce Trail — without camera gear — on a regular basis.

For most of our relationship we’ve worked together and have really “been through the fire” together. When we’re up against big deadlines, it puts all of the little things into perspective. It’s hard to get mad at each other for leaving socks on the floor when we’re trying to create a nine-hour TV show in our basement!

We suspect we’ll be doing this work long after the usual retirement age. Hopefully by the point we can no longer pick up cameras, we’ll be able to use futuristic glasses or brain implants to keep making films!

Catch Striking Balance on Sunday nights at 8 p.m. on TVO.