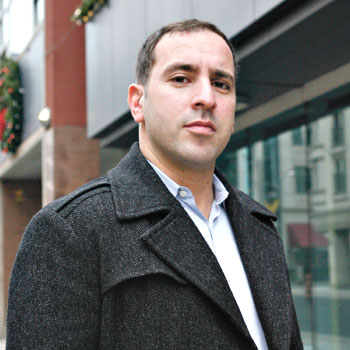 A recent community consultation meeting was attended by more than 100 residents, some of who expressed concerns about height, shadowing and sightlines as well as how it will add to traffic and parking woes in the area, according to Coun. Josh Matlow. He said that the application doesn’t fit in with what residents have envisioned for this stretch of Yonge Street: mid-rise buildings in the six- to eight-storey range.

“It’s not right for the neighbourhood, it doesn’t come close to its current zoning, and it will shadow neighbours and affect their property values,” Matlow said.

John Alati, a lawyer representing owner Jackes (ARH) Developments Ltd., said that his client was open to reviewing any meritorious concerns but couldn’t definitively say what parts of the application might be revised. “The height isn’t, in our view, out of place,” he said.

Alati cited the mid-rise City of Toronto: Building Division guidelines, which promote well-designed developments of up to 11 storeys on major avenues, and he pointed to taller buildings in the area.

“If they [the developer] continue to push ahead, we’re very concerned about it, height and density being the two key issues,” De Luca said.

In a preliminary report, planning staff identified density and shadowing as being among issues to be resolved. Once the details of the proposal are finalized, staff will issue a report to Toronto and East York Community Council on whether to approve or deny the application.