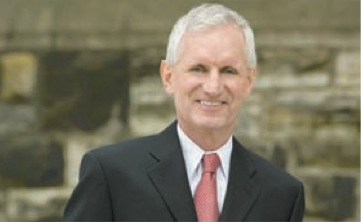 A FORMER STUDENT at Toronto French School who was expelled for allegedly beating up a visiting student has filed a lawsuit against the school, its headmaster and its principal.

Omar Elgammal, the 15-year- old student of the school, along with his mother, Nermine Elgammal, filed a statement claiming that, because of the school’s defamation, breach of fiduciary duty and negligence have caused $250,000 in damages for the family.

The statement of claim alleges that Elgammal, who is Muslim, was the victim of racist, verbal attacks by a former student of the school on Oct. 23, 2008.

“[The former student] … had taunted Omar by seizing upon the fact of his Muslim ethnicity to make racial slurs by calling his father ‘Bin Laden,’ decrying them to be terrorists, mockingly stating, ‘What are you guys going to do, call out Allah, Allah, Allah, Allah, Allah….’ and making the gesture of a terrorist pushing a hand-held detonator,” the statement reads.

According to the document, Elgammal retaliated violently and was charged with assault. That charge was withdrawn, it says, but the school proceeded to expel Elgammal.

At an assembly following the incident, the document says, headmaster John Godfrey, compared the incident to Nazi Germany.

“Defendant Godfrey then proceeded to use the Nazi Holocaust as a historical comparison for the role that citizens, referring apparently to the citizenry of the student body, should properly carry out when faced with the actions of a thug, bully or bad person, as the Defendants identified the offending TFS students.”

The statement of claim says that by the day of the assembly everyone in the school knew about the incident.

“The Defendants tarnished Omar’s reputation and that of his family,” it reads.

Suzanne Tobin, the director of marketing and communications at the school, declined to comment because the issue is before the courts. Tobin confirmed that a notice of intent to defend has been filed, but that a date has not been set yet for a hearing.