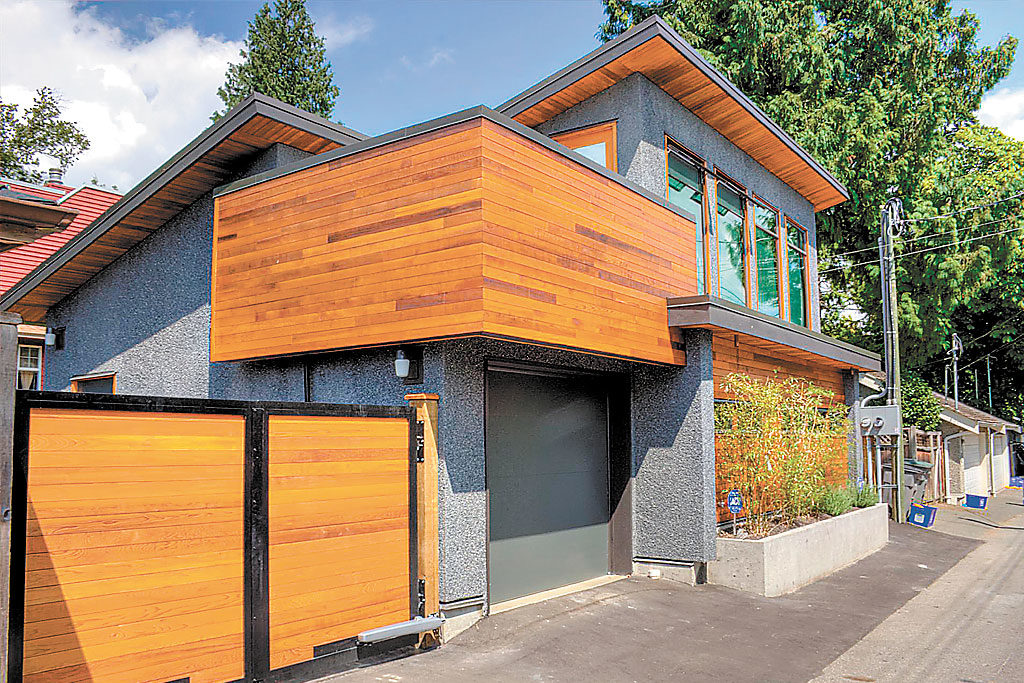 Although Toronto and East York Community Council has passed a policy that makes it easier for homeowners to create laneway housing, a downtown pocket has been exempt from this policy due to concerns raised that it does not address specific neighbourhood needs.

Community council passed a motion called Changing Lanes in June 2018 that expedited the process for homeowners to create laneway housing by allowing them to skip a planning approval step and go straight to getting a building permit.

The policy came into full effect in August 2018 after it passed the appeals process.

Laneway housing could be one tool Toronto can use to address its housing stock shortage and affordability issues.

However, the ABC Residents Association (ABCRA), whose jurisdiction is from Avenue Road to Yonge Street, and Bloor Street to the railway tracks in the north, requested an exemption from the blanket policy for its area, which Toronto City Council approved.

The exemption means that those in the ABC area have to go through a tougher process to create laneway housing, according to Andrew Sorbora, a co-founder of Lanescape, which helped create the city’s laneway housing policy.

“If someone was really, really interested [in creating a laneway house], they just have to go through a lengthier and more expensive, time-consuming and riskier process,” he said.

ABCRA board director Kathrin Bohr said the reason the association wished to be exempt from the city’s laneway housing policy was because the policy did not take into consideration the unique character of the neighbourhood.

“Neighbourhoods have specific characteristics.… We wanted a policy that would address the specific issues that we face with development.”

Bohr mentioned that the area includes “a number of heritage districts,” such as Yorkville, which the city’s policy doesn’t take into consideration.

To get a more area-specific plan, Bohr said that ABCRA is waiting for the city to complete its Site and Area Specific Policy 211 (SASP 211) that has been in development since March 2017.

In a letter to the Toronto and East York Community Council in June 2018 ABCRA expressed concerns that the Changing Lanes policy would override the SASP 211 policy, and so requested that the laneway housing policy be co-ordinated with it rather than be a blanket policy.

Some concerns Bohr and ABCRA specified were the height of laneway houses — which could affect sunlight exposure and privacy and their setback — and room for emergency vehicles and garbage pickup and parking, given that laneway houses might take over garages and add extra people to the area.

However, Sorbora said that Lanescape took extra care to address specific concerns in its guidelines, but “ABC just didn’t want it.”

“Essentially they were just totally opposed,” Sorbora said. “It seemed to me like it was a little bit of an unreasonable opposition.… They didn’t really want to listen about why what was being proposed was being proposed.”

Sorbora said Lanescape’s guidelines maximized sunlight penetration into backyards, allowed access for emergency vehicles, limited laneway houses’ building footprint so there would be no loss of green space, and limited-vision glass on the front and rear to create privacy.

Sorbora mentioned that the residents association’s opposition was unfortunate given he had received feedback from residents in the area who said they were “very interested” in laneway housing.

He said it is not fair for the residents group to determine laneway housing is inappropriate for the area when residents could benefit from it.

“The area does contain numerous laneways that are ideal because of the way the housing is arranged, the kind of size and shape of the lots and laneways,” he said.

“I would say a much greater number of residents were in favour [of laneway houses] than opposed from what I heard from them.”

However, Bohr said that neither she nor the board have heard from residents complaining that they wanted to create laneway houses,  but she said that doesn’t mean they aren’t out there.

She said they did hear from some residents, when the policy first came forward, which is how it came to their attention.

“There would have been concern; otherwise, we would not have addressed it as an issue,” she said.

Although the association is waiting for SASP 211 to be completed to implement laneway housing in the neighbourhood, when that might happen is still fuzzy.

“It was supposed to be done several years ago and it keeps being stalled,” Bohr said.

“We’re being told by the city that there aren’t enough resources for this.”

Ward 11 city councillor Mike Layton’s jurisdiction includes the ABC area but not under the previous ward structure. As such, he was not the local councillor when Changing Lanes was passed (Councillor Kristyn Wong-Tam was). He said, “Work is underway” for SASP 211, and the hope is it will go before city council in the fall.

Layton said that he is in support of the exemption.

“If there was a site-specific plan underway, it is better to finish that plan then try to layer upon layer these random policies that then make it a very confusing mix of what’s in place,” he said.

Layton said that the exemption does not affect Toronto’s mission to add housing stock or fight housing unaffordability.

“I don’t believe the laneway housing is going to dramatically increase the amount of housing stock in the city of Toronto,” he said, mentioning that ABCRA has been in support of very tall buildings in the area, and so it is not fair to say they are fighting density.

Bohr said, ABCRA, in fact, is in favour of laneway housing. She explained that it could raise the property value of homes in the area, but it may not fight housing unaffordability because property values are already high.

Sorbora agrees with that assessment but said that the exemption does affect the city’s mission to create more housing supply as it omits a section of the city that is central and desirable.