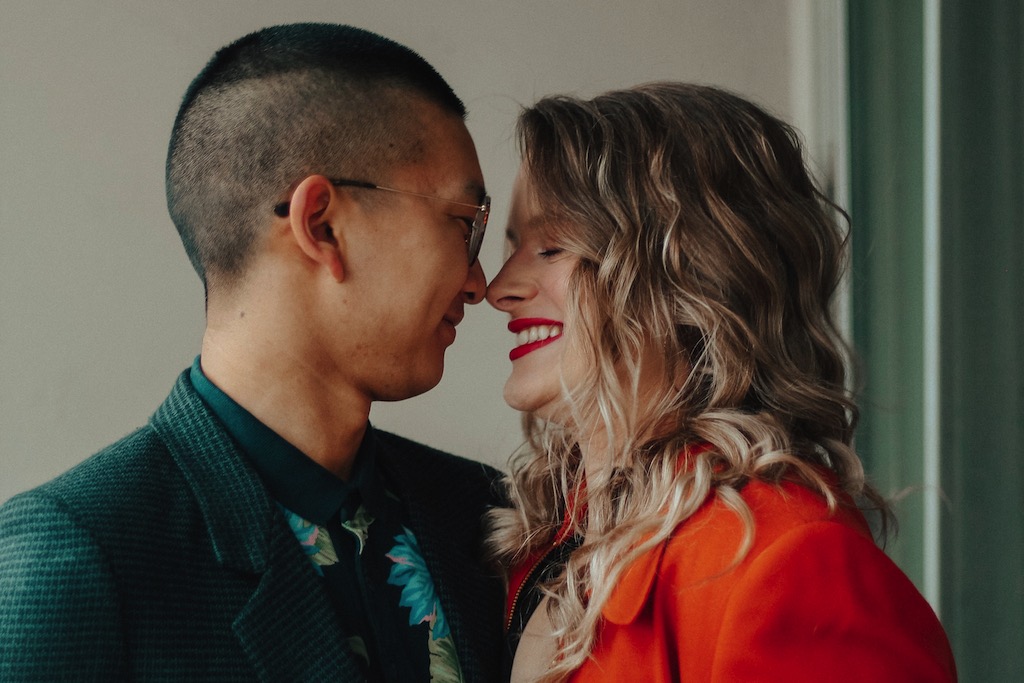 A play inspired by one of the world’s most famous paintings is opening in Toronto this week. Sunday in the Park with George is a musical inspired by French painter Georges Seurat and his painting “A Sunday Afternoon on the Island of La Grande Jatte.”

The play features a fictionalized version of Seurat in the months leading up to the completion of his most famous painting. Drama ensues as he becomes consumed by his need to finish it while alienating the French bourgeoisie, spurning his fellow artists and neglecting his lover Dot.

The play is presented by the Eclipse Theatre Company and only runs until March 8 at the Jam Factory. The cast includes Evan Buliung as George and Tess Benger as his lover Dot. It seems love is abound both on and off the stage as two couples are also members of the cast. Actors Jamie Cudicio (who plays Betty) and Josh Alcantara (who plays a solider) are a couple, as well as Taran Kim (who plays Billy) and Kaitlyn Post (who plays Celeste).

We caught up with Kim and Post to find out a little more about their off-stage love story. The pair met while studying in the theatre and drama program at Sheridan College and hit it off.

Kim: I knew Kaitlyn was the queen of comedy so I thought a perfect first date would be to go see a Second City show. I bought a package online that included a dinner at Wayne Gretzky’s right before the show. I didn’t tell her what the date was until we got to the building. She was very excited. I was pleased with myself.

Kim: There were many. I think the gist of it would have to be that I was crazy about Kait, but the thought of our seven-year age difference scared her, so we went through a whole saga before she admitted to being in love with me.

Post: We love cooking together. I make the bacon and Taran makes the eggs because Taran always burns the bacon but he cooks eggs like Gordon Ramsay.

Post: We feel like it might be a little premature to call ourselves a success just yet, but if there’s one thing we just try to practice every day, it would be communication.

Catch Sunday in the Park with George at the Jam Factory at 2 Matilda St. until March 8.