A Sunnybrook respiratory therapist on life on the front line | TRNTO.com
Skip to content 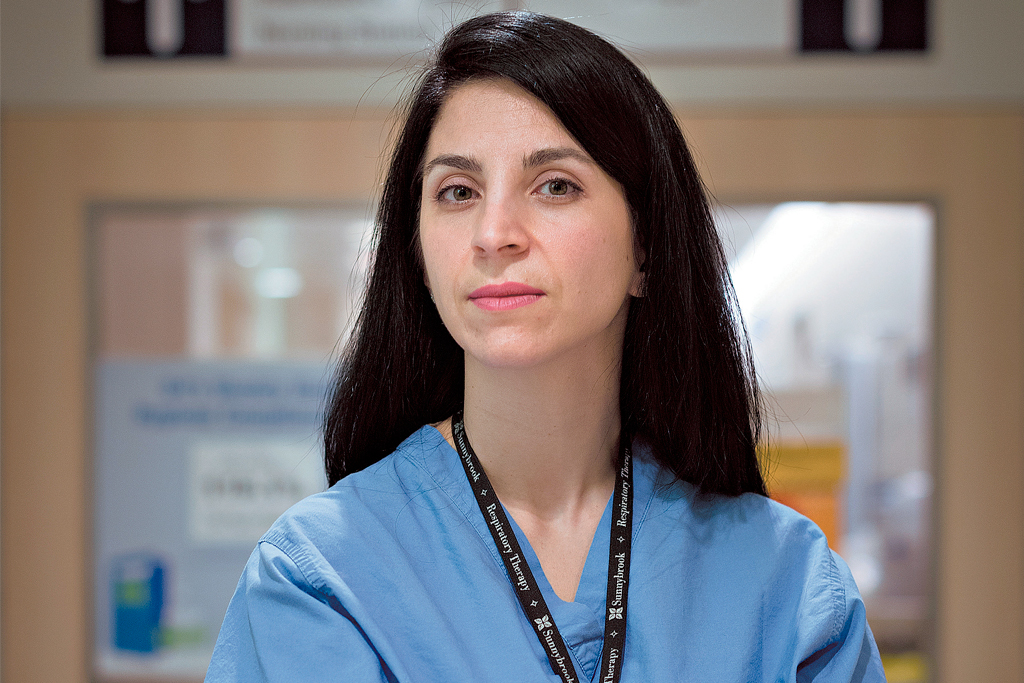 As a university student, Julie Nardi says she was always fascinated by virology. “As a respiratory therapist, I started my career only a few short years after SARS hit Toronto but have worked during the threats of H1N1 and Ebola and have always felt it was just a matter of time before something bigger hit,” she says. While working a shift on New Year’s Eve at Sunnybrook Health Sciences Centre, she read a headline that a novel SARS-like virus had been identified in Wuhan, China and that multiple people were infected. “It was in that moment when I thought, this is it,” says Nardi. She says Sunnybrook has been actively preparing for an influx of patients since the admission of the hospital’s first COVID-positive patient in January. It’s this type of environment that reminds Nardi why she chose this career. “I was drawn to the idea of working in a fast-paced environment with individuals from different professional backgrounds, all having the common goal of providing optimal care,” she says. Her biggest challenge has been ensuring the team stays ready, but she says the support from the community has been phenomenal. “Members of the Leaside community have shown their appreciation for our team by sending baked goods and handwritten messages of love and support,” says Nardi. “Respiratory therapists are the silent heroes of the front line. Day in and day out, we care for the most critically ill patients, and it has been so uplifting to feel the support of family, friends, and the community.”