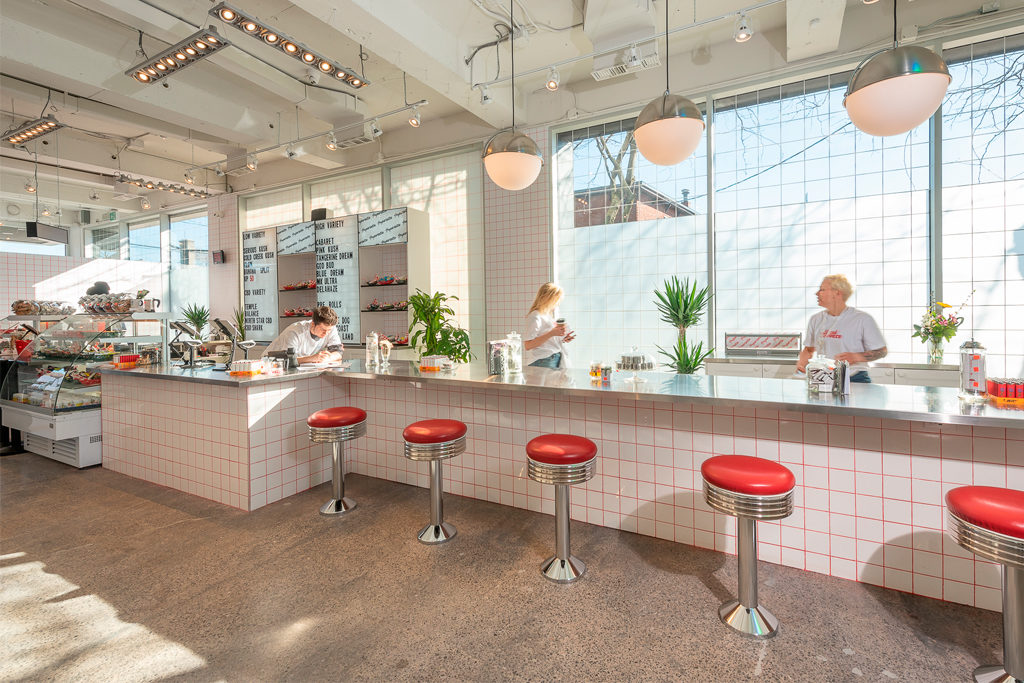 “Superette,” in some parts of the world, is another word for a convenience store. In Ottawa, it’s also the name of a very popular cannabis outlet that is bucking retail trends and establishing a unique brand all its own. Superette is set to bring its signature style, if not cannabis per se immediately, to Rosedale early in the new year.

The chosen location for the store founded by Mimi Lam and Drummond Munro, who grew up in nearby Lawrence Park and lives a couple of blocks from the location on Delisle Avenue, is the former home of the Roots flagship store at 1073 Yonge St., south of Macpherson Avenue.

It’s far from the typical location of a Toronto cannabis store, legal or otherwise. And that, Munro said, is just how they wanted it.

“Being slightly separated from a brand perspective, it just made sense,” said Munro.

When Superette opened in Ottawa, they chose a location in the trendy Westboro and Hintonburg area of Ottawa with its mix of up-and-coming retail, lots of hospitality and also a strong element of residential.

And the Summerhill location offered much of the same.

“In the Rosedale area, we sort of have that as well,” said Munro. “For us, it’s not only how many people walk through the door every day. It’s about getting that formula right. You have the Summerhill LCBO. We’re between two transit stops.  You have gym and lifestyle components, and for us, it had all the right pieces to it.”

Whatever they are doing, it is working. Early last September, the company announced that sales from their single retail location in Ottawa surpassed the $7 million mark in just five months — from the time they opened April 1 to the end of August.

Please order at the counter 🛒

While some cannabis retailers floundered, Superette flourished, and that is likely due to the founders’ extensive background, not just in cannabis but in retail.

Drummond and Lam met while working at Toronto’s Tokyo Smoke, itself a successful retail operation.

But before then, Drummond said he had a hand in creating retail strategies and building out stores for such notable brands as Hershel backpacks and Kit and Ace.

When the Canopy Growth deal to buy Hiku Brands (owner of Tokyo Smoke) closed, Lam and Drummond realized it was their opportunity to do something great on their own.

“We wanted to create a better retail experience as we really don’t think the bar has been set for cannabis retail,” said Munro.

“The Fire and Flower, Tweeds and Tokyo Smokes of the world, just because they have the most stores, doesn’t mean they offer the best experience. For us, everyone is doing the same thing over and over again. So we wanted to disrupt that and do something a little bit different.”

At Superette, consumers won’t find iPads and bud tenders quickly and discreetly ushering people in and out of the store. But neither will they find Bob Marley flags and stoner culture.

They wanted to leave room for organic discovery, for consumers to touch and experience the merchandise and even touch and smell the cannabis.

“We took, quite literally, inspiration from a neighbourhood corner store or market grocery store,” said Munro. “Things people have already experienced, so it wouldn’t feel foreign.”

The esthetic is ’50s diner, down to the bright red leather banquette seating, retro menus and brown paper shopping bags made from recycled materials.

Although the shop will open sans cannabis until the team gets another licence, Munro said current Ontario government overtures suggest a move to a private system sooner rather than later.

“I’d say they [the province] have set the milestone for July, but they’re hoping to move that up,” he explained. “In the meantime, we will start building the brand, community and create a really interesting retail concept.”