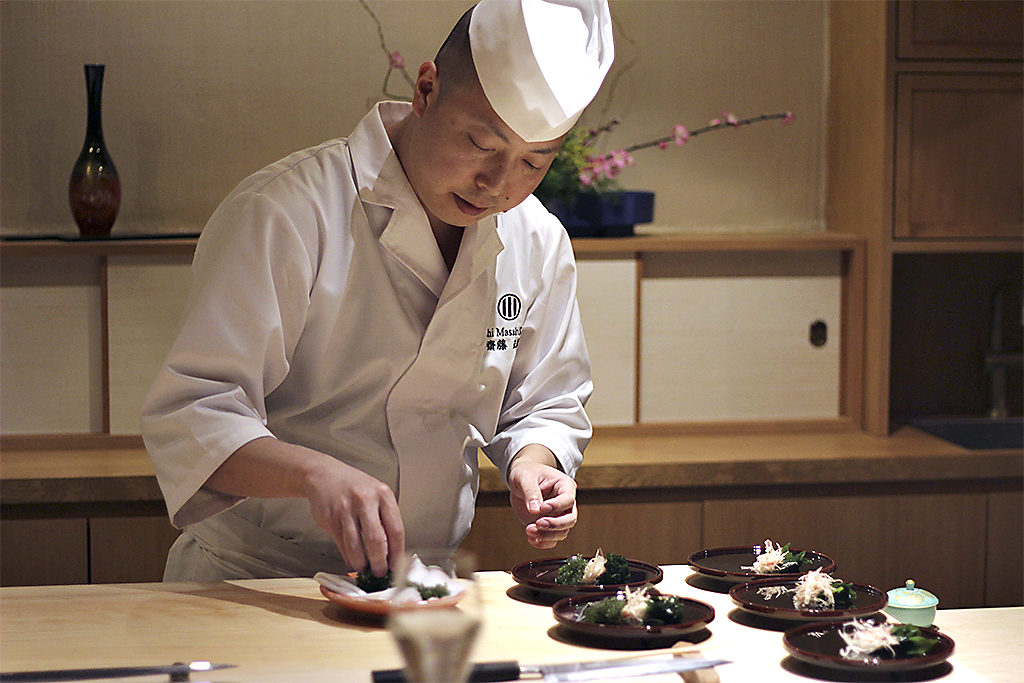 Toronto hasn’t traditionally been seen as much of a global high-end dining destination, but one little seven-seater restaurant is going to change all that.

Chef Masaki Saito has won international acclaim for his two-Michelin-starred Sushi Ginza Onodera in New York. Now, he has moved to Toronto to open a sushi restaurant specializing in his signature new Edomae-style sushi, inspired by the Edo-era (roughly the period from the mid 1600s to the 1800s) tradition of aging and preparation of fish before refrigeration and modern preservation. 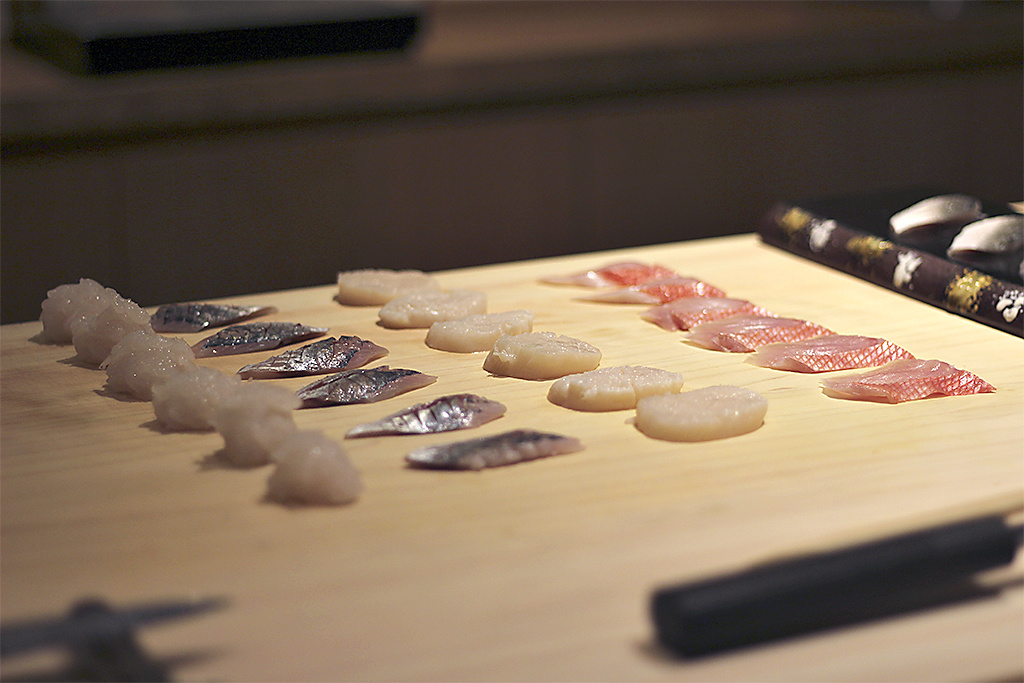 Saito-san is a master in his field: He studied marine biology from the age of 13, worked his way up the chain as a sushi apprentice and then a chef, eventually leading the New York expansion of Sushi Ginza Onodera, earning two Michelin stars in as many years. This past January, he announced that he was leaving New York to join his friends Jackie Lin and Tsuyoshi Yoshinaga of Shoushin and Tachi in Toronto, making our humble city the new residence of a globally revered sushi master.

Sushi Masaki Saito, the restaurant, is an unassuming blink-and-you’ll-miss-it walk-up on Avenue Road where sidewalk turns into marble, leading to a minimalist cypress-paneled haven that seats seven comfortably across a chef’s counter (they offer two services a night). Diners are seated up front and centre, in full, enviably unobstructed view of Saito-san himself. 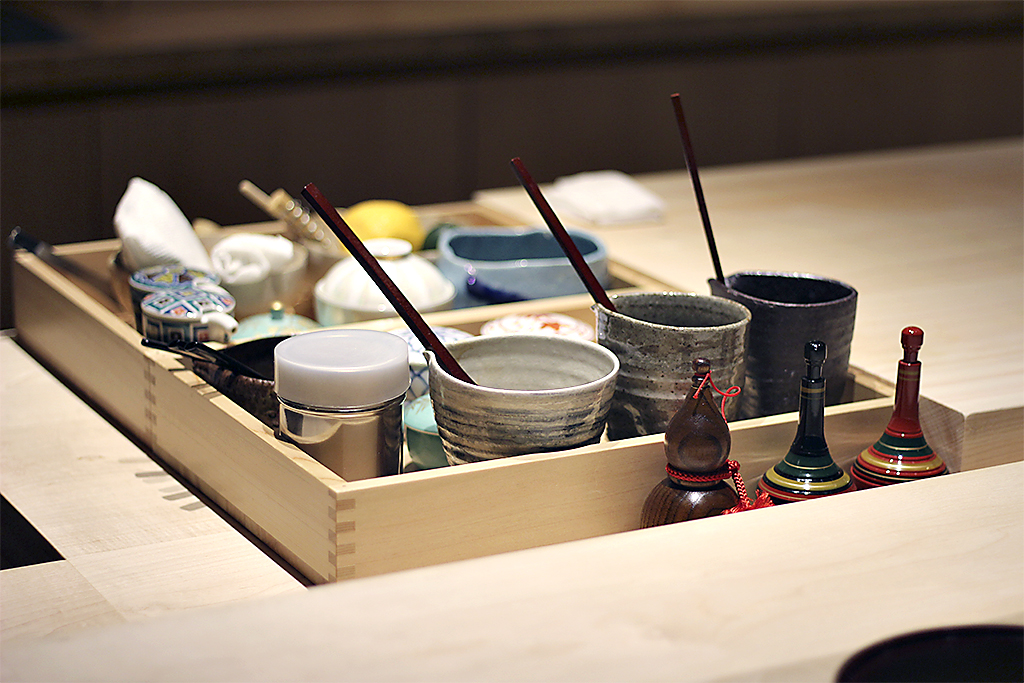 Saito-san is as deft a showman as he is a sushi chef, making quick and light banter with his apprentices and diners as he meticulously weighs out pea-sized morsels of freshly grated wasabi, or expertly slices paper-thin slivers of house-pickled ginger between his thumb and his forefinger, with hardly a glance at the large blade wedged between these digits.

His preparation is captivating to watch, and dizzying in its precision. He will lay out a full spread of bluefin tuna, uni, and horse mackerel, on a slab of hinoki, wiping the blade of his knife between carefully slicing each slab of fish so it gleams from the pot lights overhead. Rice has to be made fresh for each round, and eaten within seconds of serving to maintain its optimal temperature. He will hand you each piece, and watch you as you pop it in your mouth. It is all very intense. But it’s also transcendent.

With his pedigree, his eye for detail and years of training, there’s a lot to write home about over the five appetizers and 12 pieces of sushi: The creaminess of his Aori squid stamped with a dab of squid ink salt, the impossible softness of the scallop, the tangy funk of his house-fermented miso soup.

But the purple sea urchin he serves is unlike any uni anywhere else, collapsing in a pool of buttery, creamy brine over subtly seasoned rice the moment it hits your mouth.

Another highlight on the menu is the black throat sea perch — it’s skewered, lightly seared over a majestic binchotan grill just behind him, carefully butterflied and served alongside a pallet-cleansing mound of grated radish lightly doused in soy sauce, resulting in a sublimely soft succulence.

Capping off this seafaring procession is a matcha blancmange — creamier than a panna cotta, lighter than a crème brûlée, with a roasted sweetness coming off the layer of emerald-coloured matcha syrup on top of this simple and delectable close-out.

Reservations for Sushi Masaki Saito are now open for July and beyond. Email infoto@masakisaito.ca with a name, phone number, date and party size. And get in soon — you won’t want to miss out on this ticket.