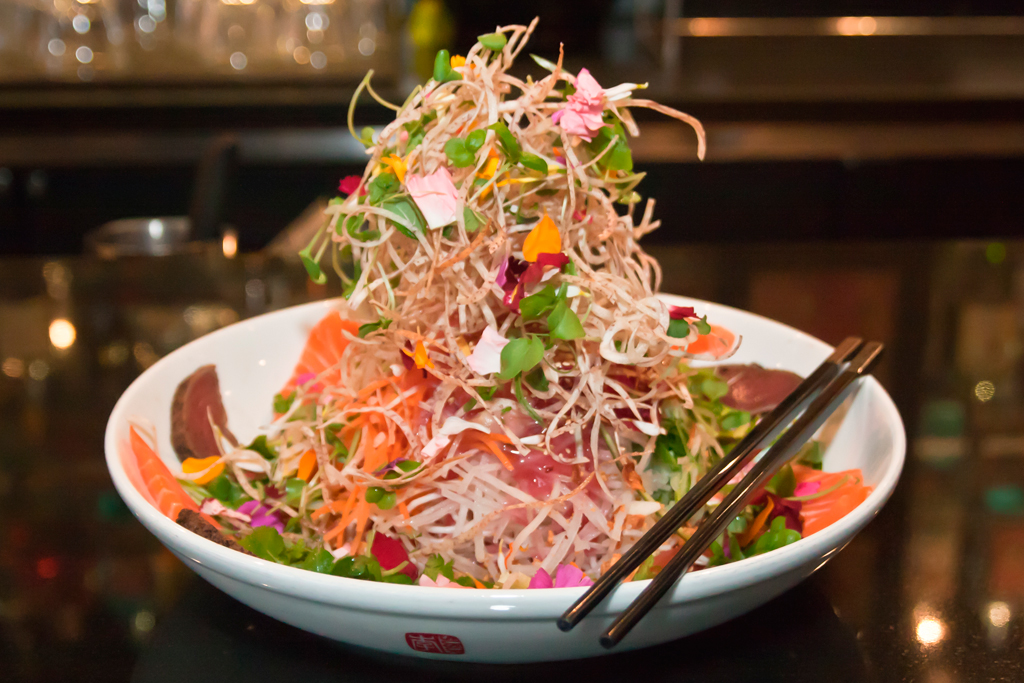 Celebrity chef Susur Lee’s signature dish is not only a feast for the stomach, but a feast for the eyes. Inspired by a dish from Southeast Asia, Lee put his own unique spin on it when he moved back to North America by trading ingredients found in Singapore for local ingredients. Herein, he shares his recipe for the fresh, all-season and insanely addictive salad for which the noted chef is known.

For those who want to try the original dish before endeavouring to make it themselves, Lee Restaurant is offering the Singapore slaw as part of their new takeout menu.

1. Soak green onion in very cold water to keep crisp. Meanwhile, heat a large pot of oil. When temperature reaches 400°F, deep-fry taro root, half the amount at a time, for two minutes until crisp and light gold in colour.