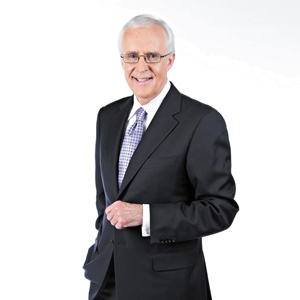 BRIAN WILLIAMS ANNOUNCED to the country that Ben Johnson tested positive for steroids and he was stripped of his gold medal at the 1988 Summer Olympics in Seoul, South Korea.To this day, it is the Toronto broadcaster’s most vivid Olympic memory. But, he hopes to shove that one to the archives this month when Canada’s most competitive Olympic team in recent memory takes to the mountains in Vancouver.Williams, a Bayview Village resident, will be there steering the broadcast ship like he has since 1976. The Vancouver Winter Olympics get underway Feb. 12 with the opening ceremony.

We’ve never won a gold medal on home turf. What will it mean for people to watch our first this year?

How do you compare the buzz leading up to these Games with the Calgary Winter Olympics or even Montreal?

Oh, many times bigger because it is a bigger world.…We didn’t have round-the-clock sports, news radio, sports networks. The buzz is great for that reason, also for the fact, remember in Calgary, Canada won just five medals. This team comes in to Vancouver with 24 medals in Turin [2006]. This is a competitive team.

What unique challenges does the Olympics present a broadcaster?

The key to doing an Olympics is telling stories. Sports fan always watch, but during the Olympics, men, women, young and old who don’t normally watch sports will watch the Olympics.

Do you think Canada’s new attitude toward sports with the Own the Podium initiative is the right one?

It is the right way to go. Ken Read once said he was inspired to ski after seeing Nancy Greene on the podiums. I am a firm believer in the trickle-down effect. Young Canadians will be inspired to go out and participate.

And what sort of stories are coming out of this Games?

One of the interesting ones is in ski-cross, a new event where four downhillers come down the hill together, Roller Derby style. One of the Canadians is named Julie Murray, and her dad was the late Dave Murray, one of the original Crazy Canucks, along with Steve Podborski, Ken Read, Ken Irvin. He died of cancer when she was less than two years old, and it was quite emotional when I met her last spring in Vancouver.

What is your fondest memory?

have so many because I’ve covered many Olympics. You expect the unexpected. One of my most vivid memories, if not fondest, was the Ben Johnson story. I had to announce to the world when Ben tested positive. For happy memories, certainly Kerrin Lee-Gartner’s downhill win in 1992, which remains our only downhill gold.

Another, it is funny, there is so many having done 12 olympics, but in Sydney, Australia in 2000, Dave Perkins (from the Toronto Star) and myself. Cathy Freeman, when she won her event, we were sitting in a downtown Sydney restaurant near the opera house, and the reaction from the city, what it did for aboriginal people in that country, the pride and dignity it gave them, was something special.

What is unique in terms of the challenges of covering an Olympic Games?

Well, doing one event, you focus on one event. With the Olympics you have to know every event. I have to be as familiar with a biathlete or nordic combined athlete as I am with Sidney Crosby or Jeremy Wotherspoon.

It is the ultimate live event, and you are literally flying by the seat of your pants.

Have you had a chance to tour the Olympic venues?

The long track speed skating venue is spectacular. The roof is made from beetle-damaged wood. It is called the richmond oval, and on one side of it is all glass windows and you look out and see the mountains. And I love Whistler’s downhill. So often the downhill is geared to skiers from Mexico or Greece, and it is a little easier than a World Cup. Whistler’s is a world class downhill, right up there with Aspen or Germany. There will be no fluke winners on this downhill, it is a true test. And the Callaghan Valley, the location for the nordic events, is beautiful. Cypress Mountain is spectacular. It overlooks the city, and if it’s clear, the view is astounding. That will be very special.

What do you think will be the legacy, what people remember from these games?

The legacy in Calgary was left over money… Here, a new pride in the country, in its athletes, but also Canadian business and Canadians in general. A belief that we can appear on the world stage and win with dignity.