Taggart and Torrens set to release debut comedy album on the heels of popular podcast | TRNTO.com
Skip to content 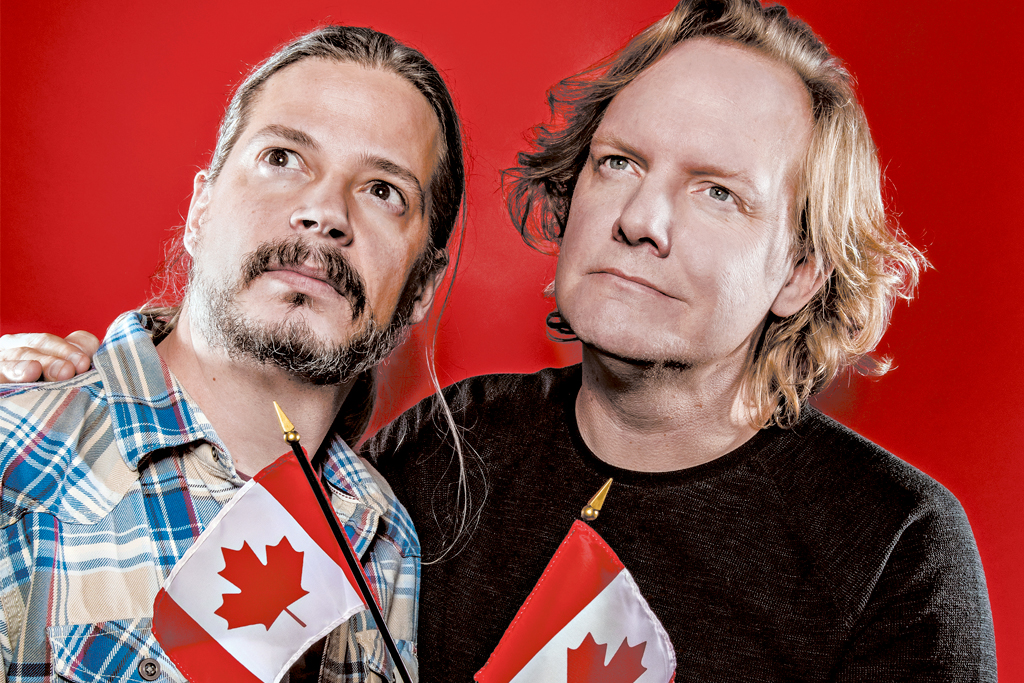 Toronto native Jeremy Taggart and East Coaster Jonathan Torrens have made a decent career out of a weekly phone call. The Taggart and Torrens podcast, which began in 2014, has achieved four-and-a-half million downloads and has produced a hilarious book entitled Canadianity.

Now, six years into this new-fangled podcasting craze, the fellas are going old school with their new comedy album, Bahds, out June 11 on Dine Alone Records.

“It made perfect sense for us to delve into that, and I guess with my past in music and writing songs and stuff, I figured why not try that as well,” says Taggart, who was the drummer for rock band Our Lady Peace.

“Dine Alone Records were awesome enough to give us a deal and basically we just got into the studio and started writing music that was based on the characters in the podcast.”

Torrens is well-known to CBC viewers for his stints on Street Cents and Jonovision as well as his role as J-Roc on Canadian mockumentary Trailer Park Boys.

For those unfamiliar with The Taggart and Torrens podcast, it is very much in the Canadian comedy tradition of Bob and Doug McKenzie as well as Wayne and Garth from Wayne’s World.

They joke around with each other, create silly games, and it is all very much off-the-cuff. But they’ve also created a slew of hilarious recurring characters.

For example, Commander Donny is the DJ at a strip club in Quebec. He has a techno song on the new album.

“There are so many different characters. Like, there is Andrea from Cape Breton who moved to Toronto in hopes of starting a new life,” says Taggart. “So she has a song called ‘Weekend Bumsies’ and it’s a country song. And there’s a song called ‘The Score,’ which is basically Gordon Lightfoot dissing Bruce Cockburn and that’s kind of a hip hop track.”

What brings the album together is the control room banter from fabled and fictitious music producer Donovan.

“He’s from England and he intros every song to give everybody a heads up on what’s going on, and it gives the vibe of a concept record,” says Taggart.

Taggart first met Torrens following the Our Lady Peace Gravity tour, which had the Trailer Park Boys act as hosts in between acts.

“We hit it off, and we always wanted to do something together,” says Taggart. “I was doing the Jay and Dan pod kind of regularly, and I hear Jonathan on it. And I thought we had similar media interests and kind of grew up around the same time. I was in music. He was on TV. Once we started doing the pod, it all made sense and we hit the ground running.”

With the pandemic, they won’t be able to do any live shows to celebrate the release of the album, but they are doing a Side Door Access live stream this month.

For more info, check out their site: Taggartntorrens.ca.