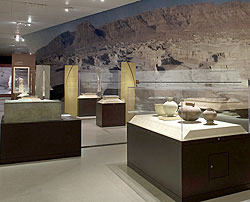 There is something quite fun about pretending to be a tourist in Toronto. (And, no, I’m not talking about hopping on a red double-decker tour bus with guides.)

DURING THE SUMMER, when tourists pour into touristy venues like Casa Loma and Dundas Square, you can’t help but want to see the city through their eyes. Most of us, jaded by construction, traffic on highways to and from the cottage and our weather, which has acted like it’s suddenly gone off its antidepressants, often wonder why the heck we live here.

However, if you act like a visitor, you can find not only interesting sights to see, but also relaxing gems right in the city. Take, for example, the spa at the Hazelton Hotel, in the heart of Yorkville. Yes, seen-to-be- seen hipsters know all too well about the Hazelton’s packed patio, at its acclaimed restaurant One. But, in the lower level of the hotel — accessible only by private escort — is a quaint spa, which includes a gym, a non-chlorinated lap pool and a new spa menu. (The spa is so unknown by those who live here that one of their regular visitors actually does yoga in the small steam room because it’s never crowded.)

One of the Hazelton’s new spa treatments is the copper relaxing body scrub, a full-body scrub, with salts from the Dead Sea and natural fruit oils. Apparently, it’s great for jet lag. I’m wondering if that applies also to being stuck for five hours on the 400, en route back to the city from cottage country.

As Jami Steele, the spa and health club manager, explains: “The scrub is one of my personal favourites. One of the ingredients is magnesium, which helps relax the muscles without trying.” In other words, even if you have a hard time relaxing, this treatment is forced relaxation.

The whole Dead Sea part of the treatment piqued my interest because of the buzz around the Dead Sea Scrolls exhibit at the Royal Ontario Museum. So, why not have a Dead Sea day?

A five-minute walk from the hotel, the Dead Sea Scrolls include more than 900 separate documents, unearthed and pieced together from more than 100,000 scroll fragments. Among these ancient manuscripts are the oldest known copies of the Hebrew Bible, hymns, prayers and other writings, which critics have called “one of the greatest archaeological finds of the 20th century.”

To date, almost 100,000 visitors have come to see the exhibit in just three months. According to Dan Rahimi, curatorial advisor of the ROM, almost 20 per cent of those visitors have been locals. “

“ There’s not one place (OK, there are a couple places) he doesn’t apply the lotion.”

And while the exhibit is fascinating, with deeply significant artifacts, this pampered princess is also deeply fascinated (if not more so) with getting rid of her dry skin. With this in mind, I hit the spa.

Word is getting around Toronto about the Hazelton Hotel spa’s body scrub. The treatment has been on the menu for three months. “When we first started, we were maybe doing two or three a month, and now we’re doing at least that many a week,” says Steele. “I’d say there’s 60 per cent hotel guests, and 40 per cent people who live in the city. We, of course, want to get locals, but I also like the fact that I know most of the clients personally. I know what kind of tea they like, for example. We always want to keep it personal, no matter how big we get.” The most amazing aspect of this scrub (apart from the 25-year-old, blond and lovely man who is applying it … oh, never mind) is that, unlike most spa scrubs, a professional masseuse applies the treatment. So, along with receiving a full-body exfoliation, I am treated to a massage at the same time.

Nael Dababneh is doing my scrub (appropriately, he is part Jordanian), and he applies it slowly, starting with my back. It feels like soft sandpaper rubbing against my skin. There’s a faint scent of peach. Almost instantly, I’m relaxed. He’s good, he’s very good.

Dababneh tells me the scrub is perfect for people who tan, both before and after. “It’s great to get this before you tan because you will get a more even tan. After, it actually helps keep the tan longer.”

After the treatment, and a shower, I notice that my skin is extremely smooth. The results, obviously, are instantaneous. I get into a fresh robe and meet Dababneh, in the seating area, who takes me back to the treatment room.

The most luxurious part of this treatment is the fact that, after the scrub and shower, he applies a body cream. The cream is a hydrating “finishing cream.” I cannot overstate how glorious it is to have someone applying body lotion, while also giving another massage. There’s not one place (OK, there are a couple places) he doesn’t apply the lotion. Even in between my toes! (If you’ve never had someone apply lotion between your toes, I highly recommend it.)

Dababneh suggests getting the treatment four times a year. And, Rahimi suggests not missing out on the ROM exhibit. But together? Why not? Exercise the mind, soothe the body. Works for me.

And, the best part is, you don’t have to get on a plane to get home.