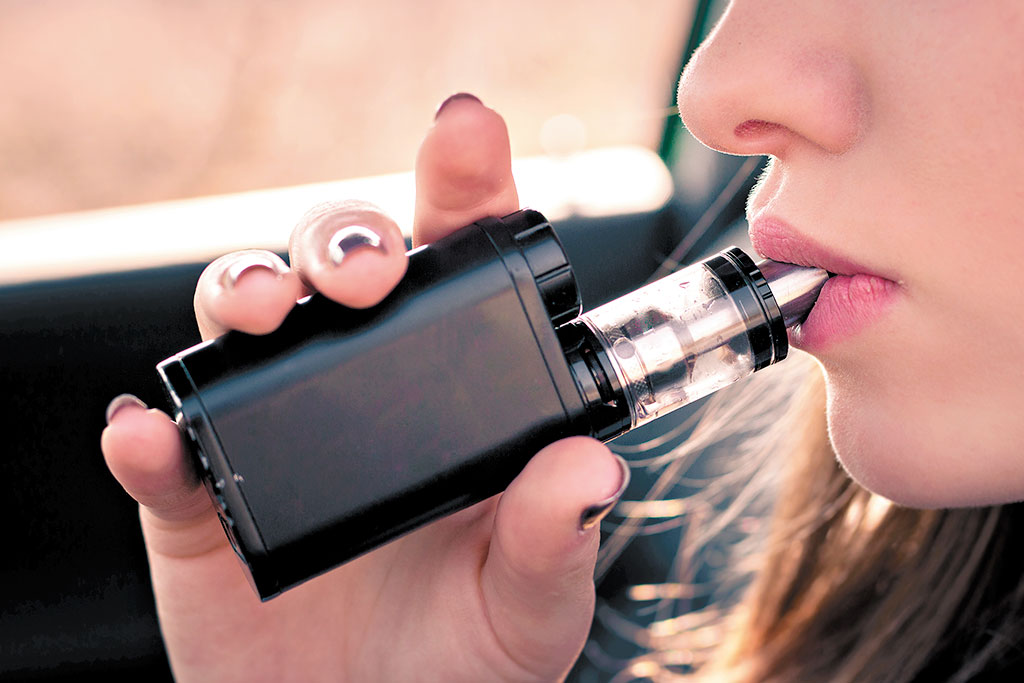 Last month we talked about teens vaping and then it blew up around us.

The government of British Columbia freaked out and dramatically increased the tax on vaping products. They also banned the kid-friendly flavours, capped nicotine levels and restricted vape ads.

Ontario, walking down both sides of the road at once, avoided pissing off Juul too much and threw parents a bone by promising to ban vaping ads in gas stations and convenience stores as of Jan. 1.

The TTC decided to ban all vaping ads … once their contracts run out.

Meanwhile in Ottawa, both Health Canada and a few senators are calling for a federal ban on all vaping-related promotions.

And that’s all going to work so well because we know how effective government prohibitions are. We also know how incredibly efficient the black market is.

So B.C. is driving bubblegum Juul underground, where it will no doubt flourish. Do you have doubts about how well the black market functions or about your own teen’s ability to access it?

If yes, please do a little research. Find three or four twenty-somethings and ask them the following four questions:

3. How many of your friends buy illegal pot online and how easy is it to do that?

4. How often did you lie to your parents about your substance use, when you were 14 to 18 years old?

Having had that short course on teens accessing illegal stuff for fun, you’re now ready to understand how easy it will be for them to get high-nicotine bubblegum and cinnamon vape products regardless of what the government outlaws.

As parents, we are right to fear the nicotine content of vape pens.

The original theory was that people who vape were going to get less nicotine than people who smoke, but what transpired is that kids take so many more hits on their Juul than adults took on their cigarettes. So the teens are getting more and more nicotine, which increases their addiction to it. Not good.

Among other perils, nicotine is thought to impair brain development.

The other issue is whether vape pens are a “gateway drug” to cigarette smoking.

According to a recent University of Waterloo study, cigarette smoking in teenagers appears to be rising for the first time in 30 years. And Canada saw a 74 per cent increase in youth vaping from 2017 to 2018

So, once again, how to reduce teens’ use of vape pens?

How to reduce their exposure to a possibly fatal lung disease and certainly unhealthy nicotine addiction?

We know from Australia that when cigarettes can only be sold in plain packaging with health warnings, cigarette use among 18- to 24-year-olds goes down.

Which suggest that fewer kids would take to vaping if they couldn’t get those supercool  skins for their vape pens.

Have you seen them? Pink, purple, bright green, sparkly — anything! Vape skins are bedazzled any way you can get a phone case, and are found in vape stores or online.

Some websites selling vape products require buyers to state that they’re over 18. Gee, what a hard lie to tell.

A campaign to prohibit snazzy decor on vape pens might help. But for now, what can parents do?

Do not answer any of your own questions. Sit on your hands — literally — if that helps. I do it often. And pray that, by facilitating your teens to talk, their brains engage.