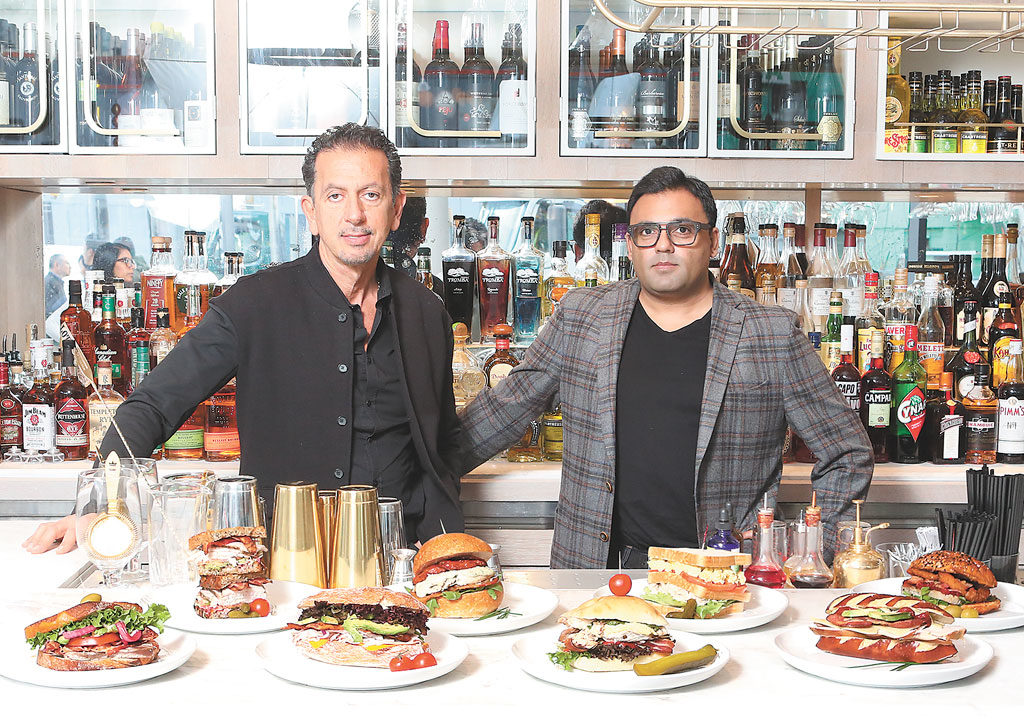 Urban clubhouse
Against the Grain Urban Tavern, 87 Laird Dr., $15
“It’s delicious. The cranberry isn’t overpowering, and the smoke of the turkey is nice, and I like the bread,” says Harji. Khabouth adds, “It’s a lot of turkey,” and he loves it.

Dairy triple-decker
Centre Street Deli, 1136 Centre St., Thornhill, $14.95
“It looks like it’s from an old-fashioned diner,” says Khabouth, and Harji gets nostalgic: “It looks like something my mother made for me.”

Grilled turkey club
Colette Grand Cafe, 550 Wellington St. W., $18
The smoked tomato steals the show. Khabouth says, “The tomato makes it,” and Harji agrees: “the smoked tomato is delicious,” but he wishes there were more texture.

Tuna club sandwich
Local Public Eatery, 180 Laird Dr., $16
“The best part is the bread that’s been buttered and toasted,” says Khabouth. Harji adds, “The tuna flavour is not as strong and doesn’t hold up to the bacon. It gets lost.”

Smoked chicken club
The Hogtown Cure, 1484 Dundas St. W., $11.75
“The smell of the pesto is really good,” says Khabouth as he admires all the colours in the sandwich. Harji wishes the chicken had a stronger smokey flavour.

Camel club
Black Camel, 4 Crescent Rd., $9.50
“The tomato is unbelievable,” says Khabouth. Harji agrees, “It’s good. It’s either oven roasted or olive oil poached or something, but it does the trick.”