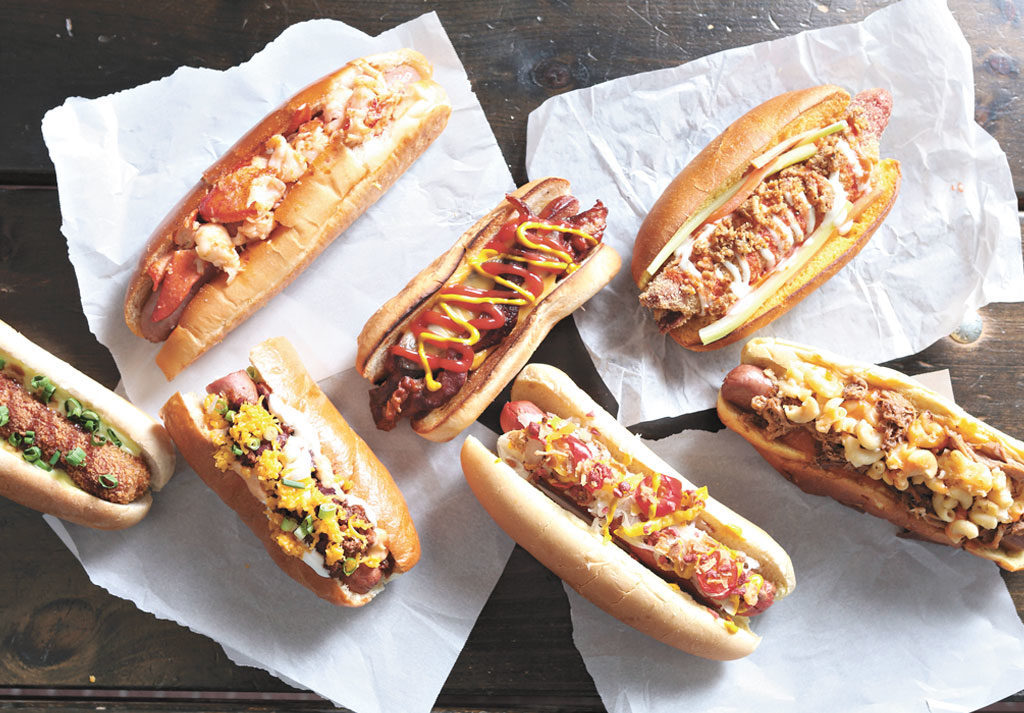 In a city that loves a classic hot dog, it’s easy to forget the gourmet goodies that are popping up across Toronto. So we invited our resident chef, Grant van Gameren, to taste T.O.’s finest franks. Which wiener wins the race? Find out here. 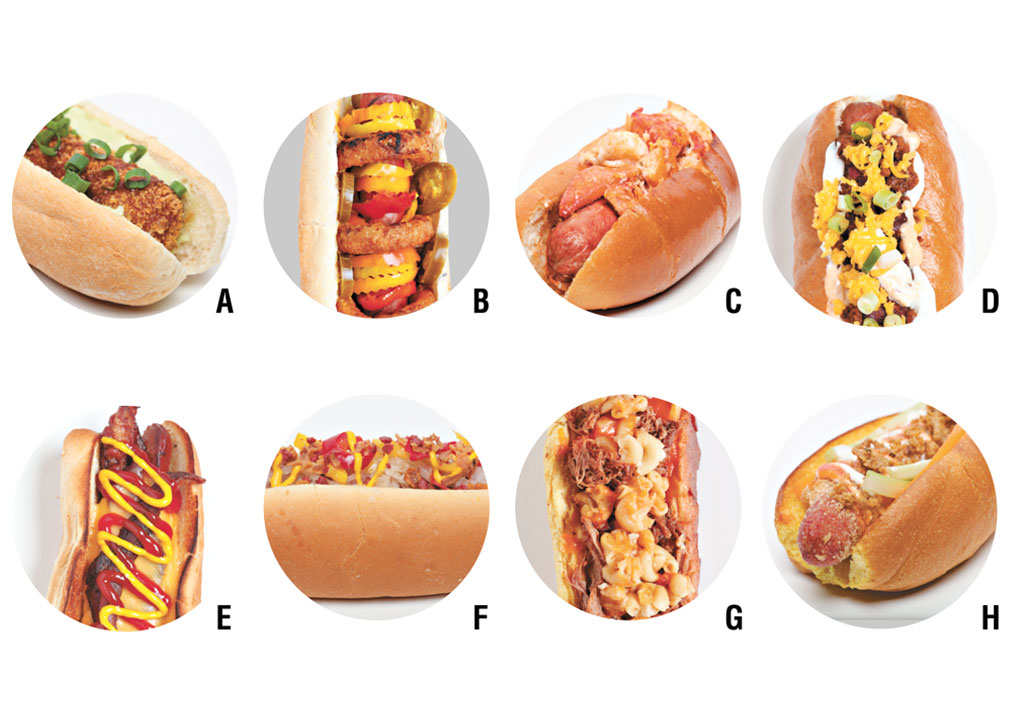 Lord of the rings (B)
Disgraceland, 965 Bloor St. W., $10
“It’s a super-creative way of serving a hot dog,” says van Gameren. “It’s a lot easier to eat than I thought it would be. The onion rings are fun and it’s well executed.”

Chili cheese dog (D)
Real Sports Bar & Grill, 15 York St., $13.50
“It tastes exactly like what they listed it as,” says van Gameren. “It’s almost like you don’t need the wiener in there because all the other flavours are so overpowering.”

Bacon cheese dog (E)
Five Guys Burgers & Fries, 865 York Mills Rd., $6.20
“I actually do really like the flavour of the hot dog, the actual wiener,” says van Gameren, but he says the bacon is overcooked and the cheese should be melted.

Street meat (F)
Willi Dog, Nathan Phillips Square, $3.50
“It’s a traditional street dog,” van Gameren notices right away. “It’s a little bit too sweet for my liking from the corn salsa, but it’s got a nice char on the wiener.”

The ultimate dog (G)
Uncle Betty’s, 2590 Yonge St., $15
“This is over the top. All the ingredients are well executed, the pulled pork, mac and cheese, nice melted cheddar, but it is very difficult to eat,” says van Gameren.