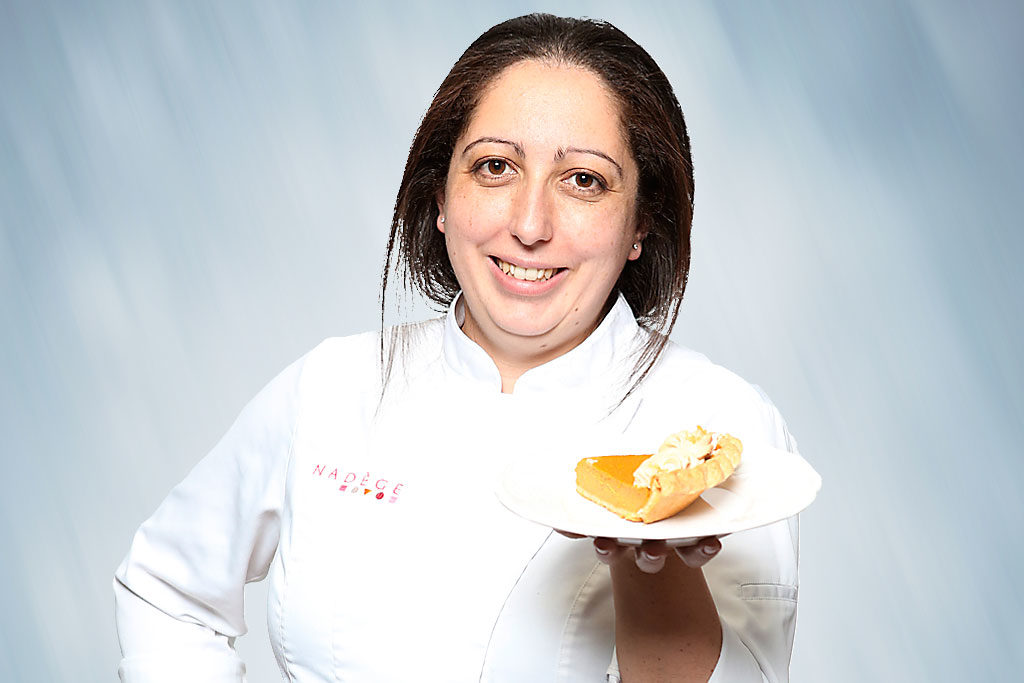 Toronto’s first lady of French pastry, chef Nadège Nourian, took on the task of tasting the city’s most popular Thanksgiving dessert, pumpkin pies. With fork in hand, she mulled over the cream and crust before picking the best of the bunch.

Winner: a custard delight
Dufflet, 2638 Yonge St., $19
“That’s interesting, I can really taste that it’s a custard,” says chef Nourian. “There’s a nice touch on the cream. It’s a bit less traditional, but there’s a good balance with the pumpkin flavour, and it’s still spicy but not overly.”

Topped with seeds
Phipps Bakery, 420 Eglinton Ave. W., $19.99
“This one is way more sweet. I think the pumpkin seeds are a good idea because I love them personally,” says Nourian. The spiced seeds atop this pie are also sold separately at the bakery.

Creamy consistency
Dessert Lady, 12 Cumberland St., $18
“The dough and crust is nice, but the mixture is different. It tastes like they put a different spice into the mixture. The texture is a bit more creamy, so it is a bit more runny,” says Nourian.

Cookie with a crunch
Yummy Stuff, 1660 Queen St. W., $18
“This one is more spicy as well, and the crust has a nice crunch to it and so does the cookie,” says Nourian. This pie had the best-tasting cookie topping according to the chef and is made with pure pumpkin.

A hit of spice
Ginger’s Desserts, 10220 Yonge St., $22
“It has very nice texture and is pretty spicy, which is nice if people like spice. It’s very smooth too,” says Nourian of this pie that ended up being her runner-up. “It’s a nice little decoration with the cookies, and it’s more dense in a good way. It holds together.”

Hints of honey
Mabel’s Bakery, 746 St. Clair Ave. W., $16.50
“It has a very strong honey flavour, so they have honey in the recipe, and there’s a cream, almost like a sour cream or a crème fraîche, inside. I almost feel they didn’t use any sugar, but just the honey, which is nice,” says Nourian.

A nod to nutmeg
Wanda’s Pie in the Sky, 287 Augusta Ave., $23.95
“The pie has a very soft filling. They put in a lot of nutmeg, so it’s more spicy because the nutmeg is really strong. It’s a little bit sweeter but not overly sweet, and the texture is softer,” says Nourian.

Tender loving pie
Flaky Tart, 711 Mt. Pleasant Rd., $18.50
“This one is very spicy, and the mix is a bit runny as well. The spice isn’t as strong as one of the other ones, and this one has a little bit more of a tender filling compared to some of the others,” says Nourian.