Taste Test: Our expert panel picks the best ice cream from all the wild flavours in Toronto | TRNTO.com
Skip to content 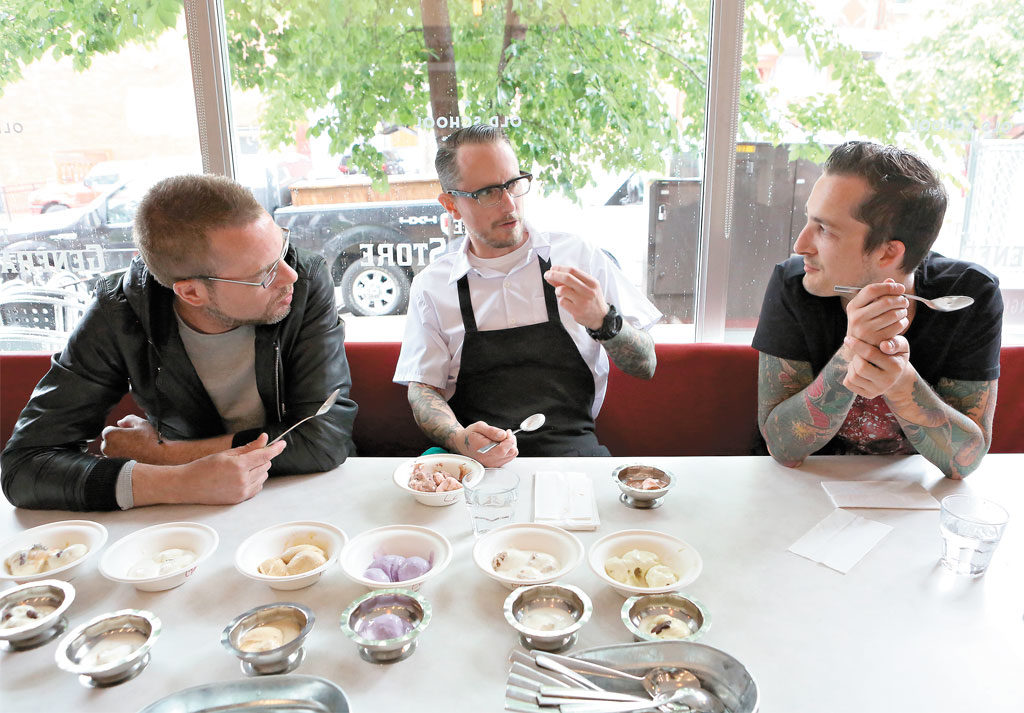 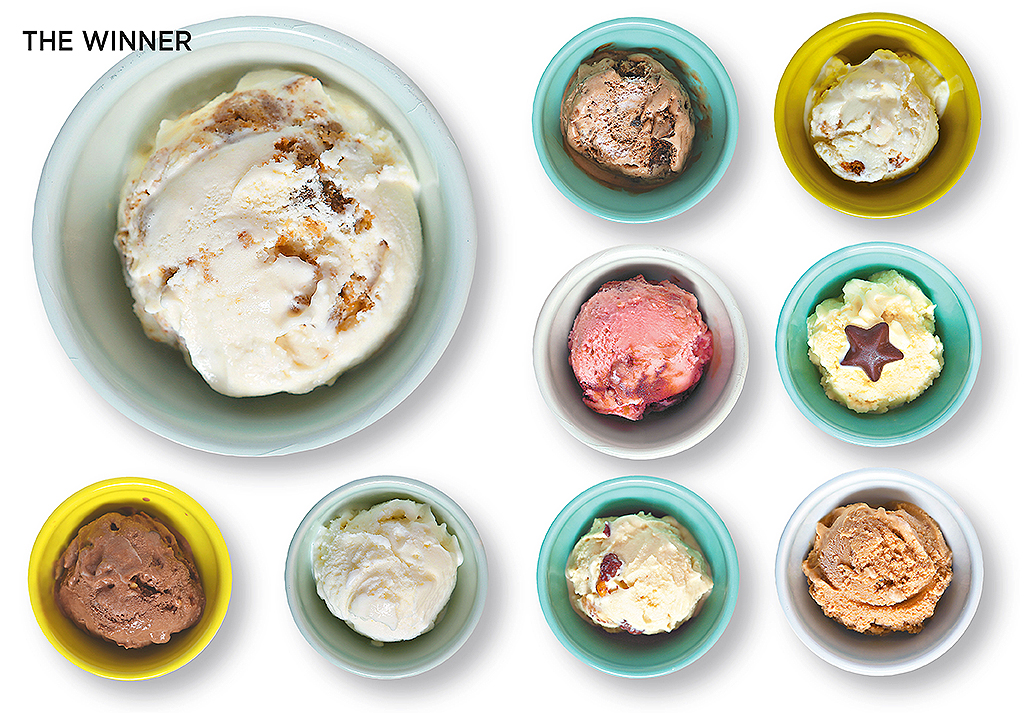 WINNER:
Beer and brown bread
Bang Bang Ice Cream, 93 Ossington Ave., $5.35
“The beer one nailed it really well. It’s absolutely what I expected,” says Moore. “This is one of the more original ones,” adds van Gameren.

White chocolate macadamia nut
Soma, 32 Tank House Ln., $4.55
“I don’t get a lot of macadamia flavour jumping out at me,” says Moore, and Kapitan agrees. Van Gameren says the cookie flavour is not what he expected.

Toronto pothole
Summer’s, 101 Yorkville Ave., $4.95
“It’s very chocolate and very typical,” says Moore of the rocky road-style ice cream. Kapitan adds, “It’d be better if there were chunks of marshmallows in it.” And van Gameren agrees that it’s missing something.

Blood orange chocolate swirl
Sweet Olenka’s, 1050 Queen St. W., $4.50
“Great texture, but I don’t get a strong blood orange flavour,” says Moore. “I get the orange taste afterwards, but the chocolate and orange don’t jump out at me.”

Blue cheese
Delight, 3040 Dundas St. W., $4.25
“The blue cheese comes through, but initially the flavour is a bit vanilla,” says Moore. “If you’re going to do blue cheese, it should be more bold. I’d like some chunks of blue cheese in there,” says van Gameren.

Toronto traffic jam
Dutch Dreams, 36 Vaughan Rd., $3
“This one is the truest in terms of tasting like the ingredients. This one wins it for me,” says Kapitan of the salted caramel ripple with chocolate-covered pretzels. Van Gameren likes the addition of pretzels.

Caramel milk tea
The Sweet Escape Patisserie, 24 Tank House Ln., $3
“It’s very astringent on the back end,” says Kapitan, and Moore agrees that a bitter flavour of tea is present. “I got the caramel, but it had a bitter taste too,” he says.