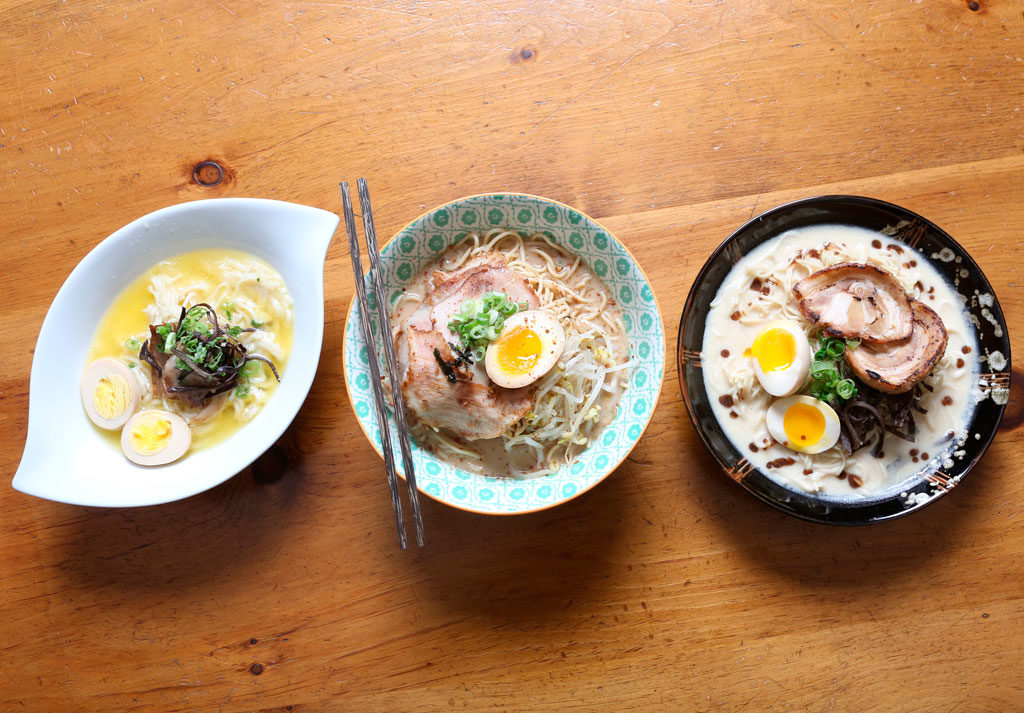 Toronto is a veritable mecca of Japanese cuisine and over the years the number of ramen shops has rapidly grown. With ramen comes ramen aficionados, so we invited star chef Susur Lee to taste T.O.’s top bowls. 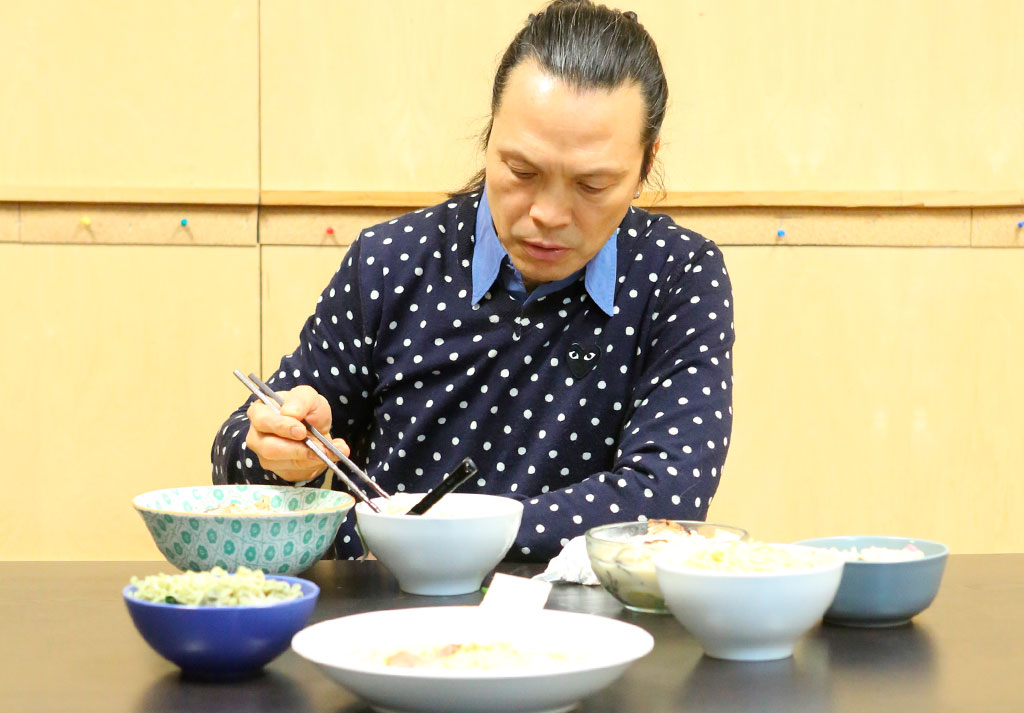 CHEF SUSUR LEEWhen chef Lee goes out for ramen, he looks at how the ingredients are placed in the bowl, as well as the broth and quality of the noodles. Not to mention it must be served piping hot. 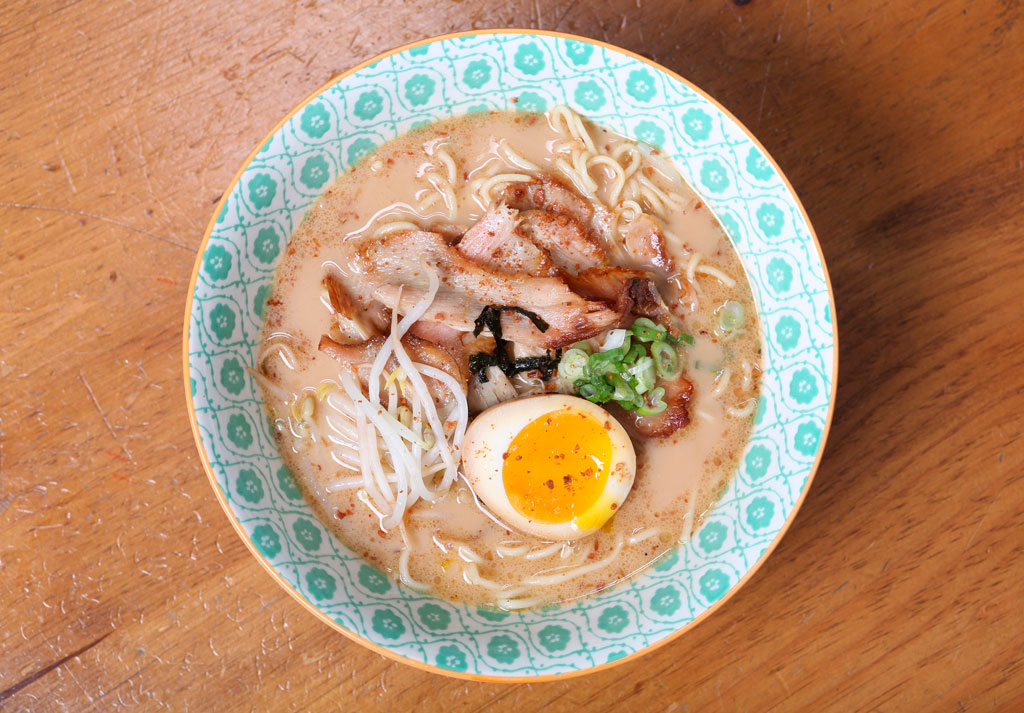 Winner (pictured above)
AJISEN RAMEN, 5229 Yonge St., $9.50
“I really love the pork, I have to say. They did a really good job with the pork,” says Lee of this tender pork ramen. “And also they made the effort to poach the egg marinated into the soy broth, so it has a nice little taste every time you bite the egg white.”

Runner-up
TOUHENBOKU RAMEN, 2459 Yonge St., $10.50
“I like that the broth tastes like chicken. It’s a very clean taste,” says Lee. The dish is the original Touhenboku ramen with pork shoulder. “This is a really great broth,” says Lee as he declares this bowl to have the best broth and the best noodles, noting that “the thickness of the noodles is a bit different.”

Tonkotsu black ramen
SANSOTEI RAMEN, 650 Yonge St., $9.85
“The egg is cooked perfectly,” says Lee as he takes his first few bites while also noting that the pork has been burnt with a torch. “I do like the broth, and I have to say the char of the pork is nice because it’s kind of burnt a little bit,” says Lee, which adds a nice flavour.

Oyster miso ramen
INATEI JAPANESE CUISINE, 9021 leslie st., $11.99
“I like the sweetness from the oysters; the umami taste from the oyster is very natural,” says Lee. The chef also adds that the taste of the corn is too powerful and takes away from the oysters.

Miso ramen
KENZO RAMEN, 4860 Yonge St., $7.95
The chef takes a taste of this miso ramen bowl with a special miso tare broth, roasted pork and marinated bamboo shoots. “The braised meat is nice, maybe a bit too salty,” says Lee, adding that he wishes there were more ingredients in the bowl. “There’s only five things on this plate that you can physically see.”

Pork spicy ramen
KINTON RAMEN, 5165 Yonge St., $10.90
“This is raw garlic on top,” says Lee as he gets his first look at the dish. “They are trying to do garlic kimchi noodles with braised pork, and the broth is supposed to have more garlic. You have to put fresh garlic in,” says the chef. He also notes that the pork is too big and that the broth has too much of a kimchi and cabbage taste. 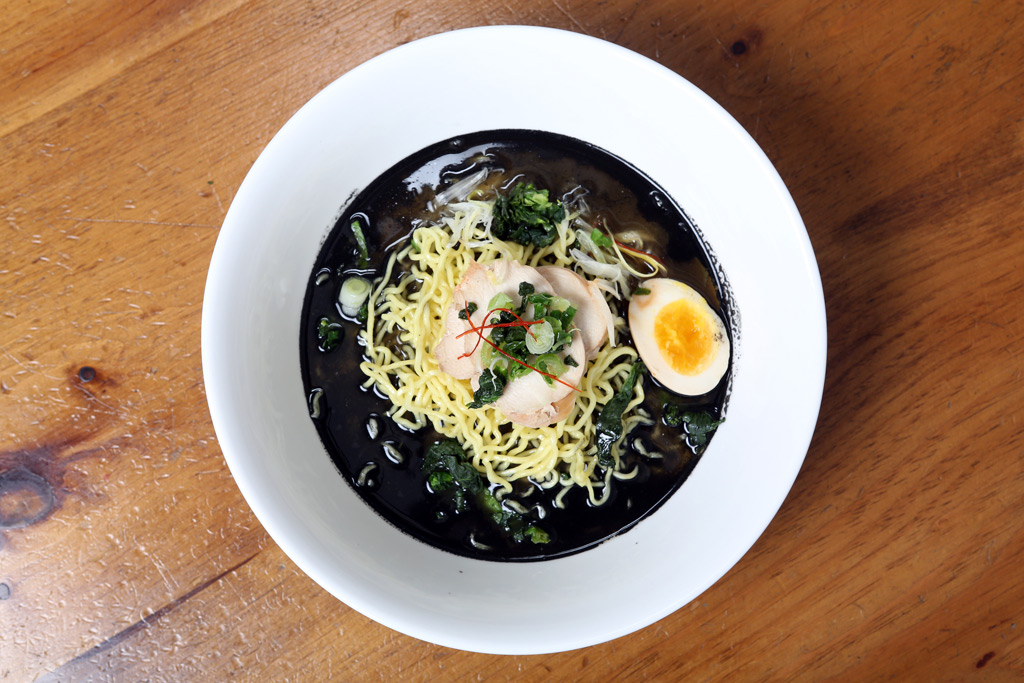 Chicken dark miso ramen
RAMEN RAIJIN, 3 Gerrard St. E., $11.95
“In this one they definitely used dashi,” notes Lee. Dashi is a cooking stock commonly used in Japanese cuisines. In regard to the dark colour of the broth, Lee says, “This is almost like a Korean-style black bean that they used.”

Momofuku could not participate as they were temporarily closed on the day of tasting.