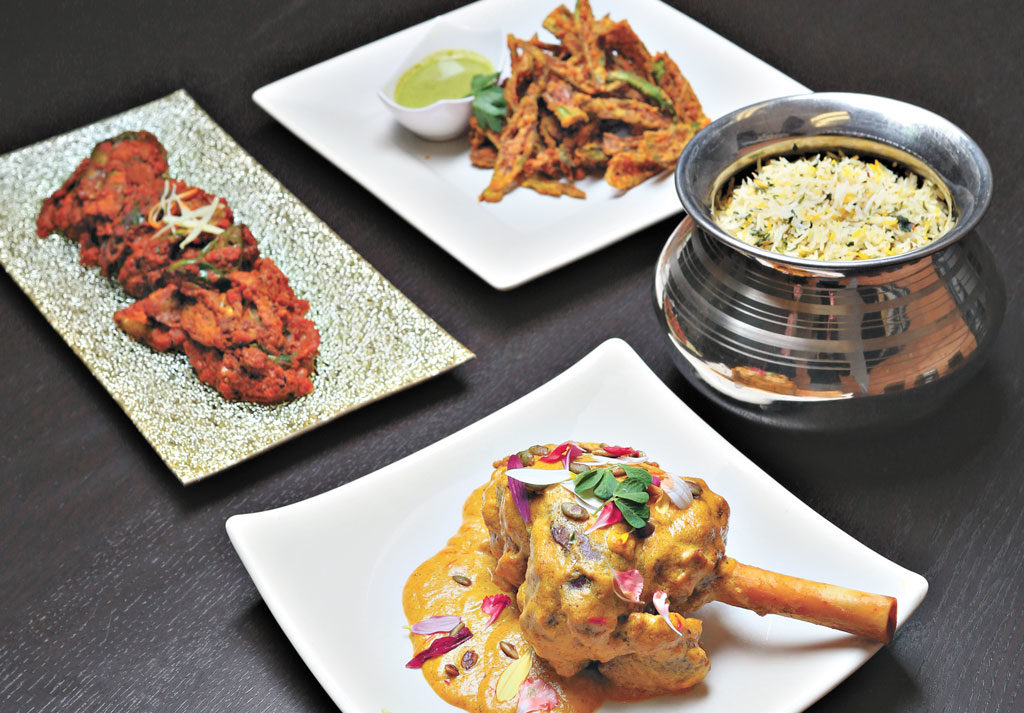 Vancouver’s celebrity chef and TV star Vikram Vij joins us in tasting Toronto’s top north Indian dishes. Straying away from favourites like butter chicken and samosas, he gives us the inside scoop on the city’s most traditional Indian cuisine. 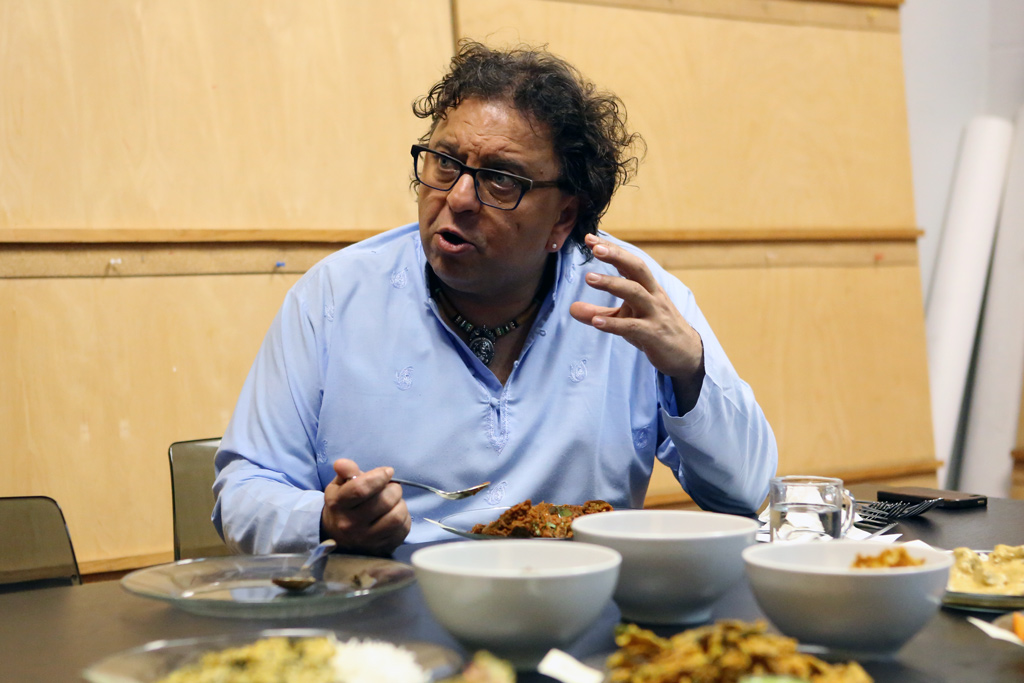 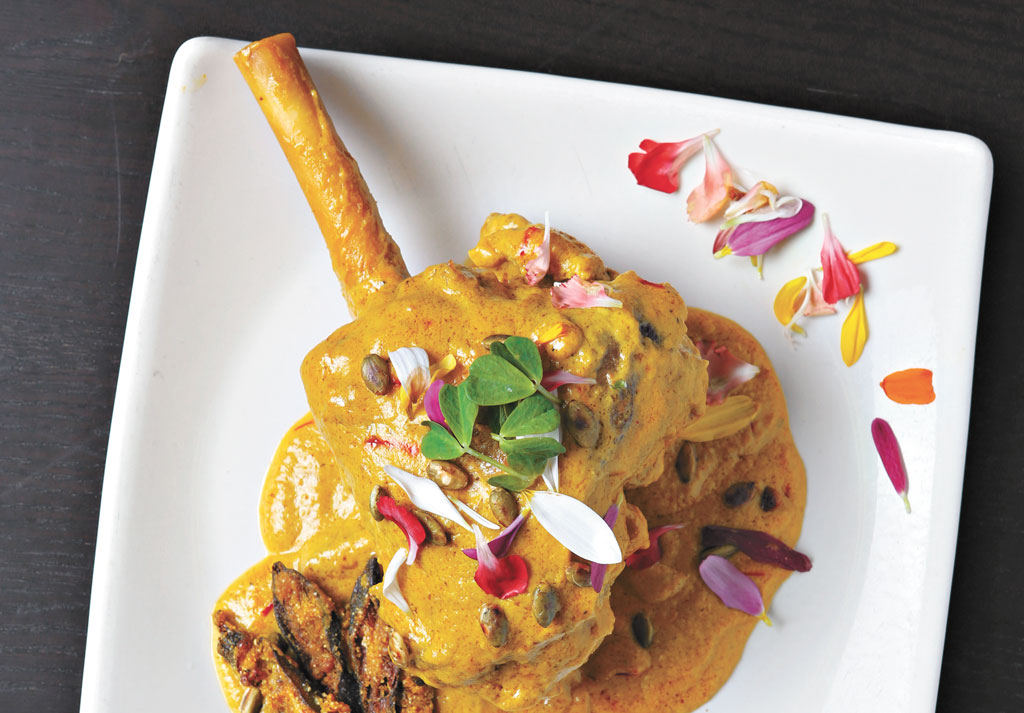 FAVOURITE MAIN (pictured above)
AMAYA THE INDIAN ROOM, 1701 Bayview Ave., $22.95
“I do like this dish, I’m actually quite impressed,” says Vij of the lamb shank in saffron and rosewater curry. “I absolutely love the presentation. I’m a big fan of full on lamb bone like this.” 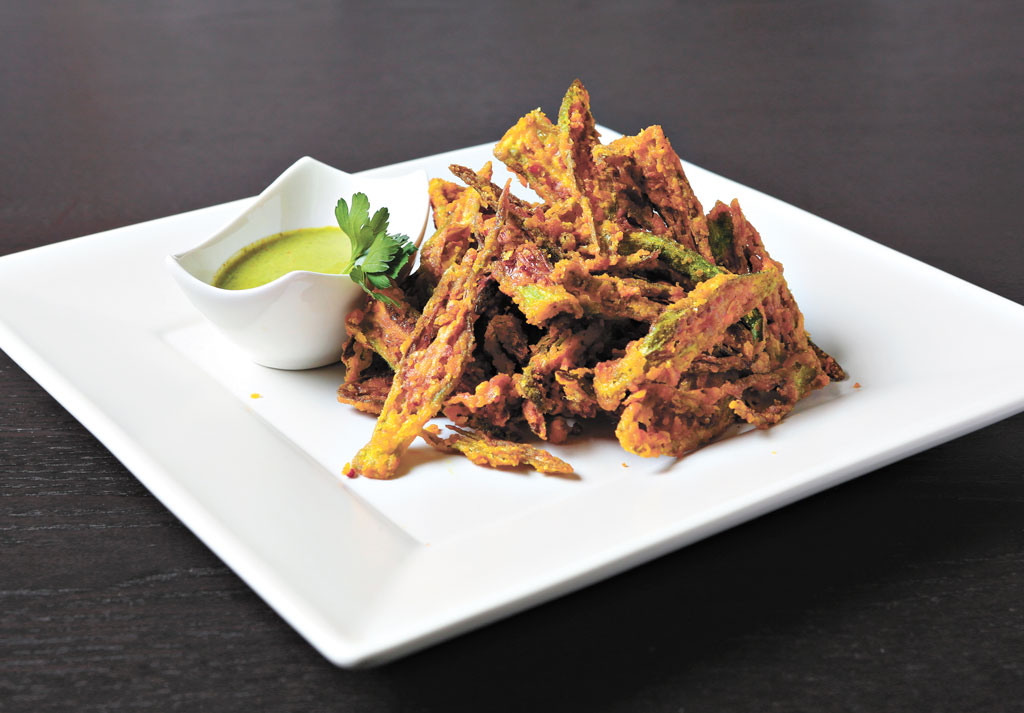 TOP APPETIZER (pictured above)
JAIPUR GRILLE, 2066 Yonge St., $10.95
“This is okra done in a flour that is not just made with chickpea flour,” says Vij of the deep-fried okra dish that also uses dry mango powder. “Okra thinly sliced like this tastes delicious. I’m a big fan of anything battered.”

Aloo gobi
BANJARA INDIAN CUISINE, 164 Eglinton Ave. E., $9.99
“A traditional aloo gobi is slow cooked cauliflower and potatoes,” says Vij. “What I like about this dish is it’s very traditional and very mainstream; an entry level dish that you would find in a buffet.”

Dal makhani
PUKKA, 778 St. Clair Ave. W., $12.90
“I love it and I love the fact that it is less salty so all the other flavours are coming up. The richness is there, and the acidity from the tomatoes is coming through,” he says of the creamy black lentils.

Baigan patiala
THE COPPER CHIMNEY, 2050 Avenue Rd., $10.95
This dish consists of eggplant stir-fried in tomato, garlic, ginger and dried mango. “The eggplant itself is cooked well. I love the fact that they used green eggplant like this,” says Vij.

Lamb korma
BOMBAY BHEL, 230 Commerce Valley Dr. E., Thornhill, $14.25
This dish consists of lamb in a creamy cashew nut sauce. “The lamb is nice and tender. I do like it. Korma is meant to be slightly sweet,” says Vij.

Saag paneer
UTSAV, 69 Yorkville Ave., $10
“I personally love the idea that the paneer has been fried first so it doesn’t crumble and take away from the saag itself,” says Vij. The paneer (Indian cheese) is smothered in seasoned and tempered spinach.

Malai methi murgh
THE HOST, 14 Prince Arthur Ave., $14.95
This dish is chicken in a creamy curry with fenugreek. “Overall the dish is done well, the visual is quite appealing,” says Vij. “It looks natural and the chicken is nice and tender.”