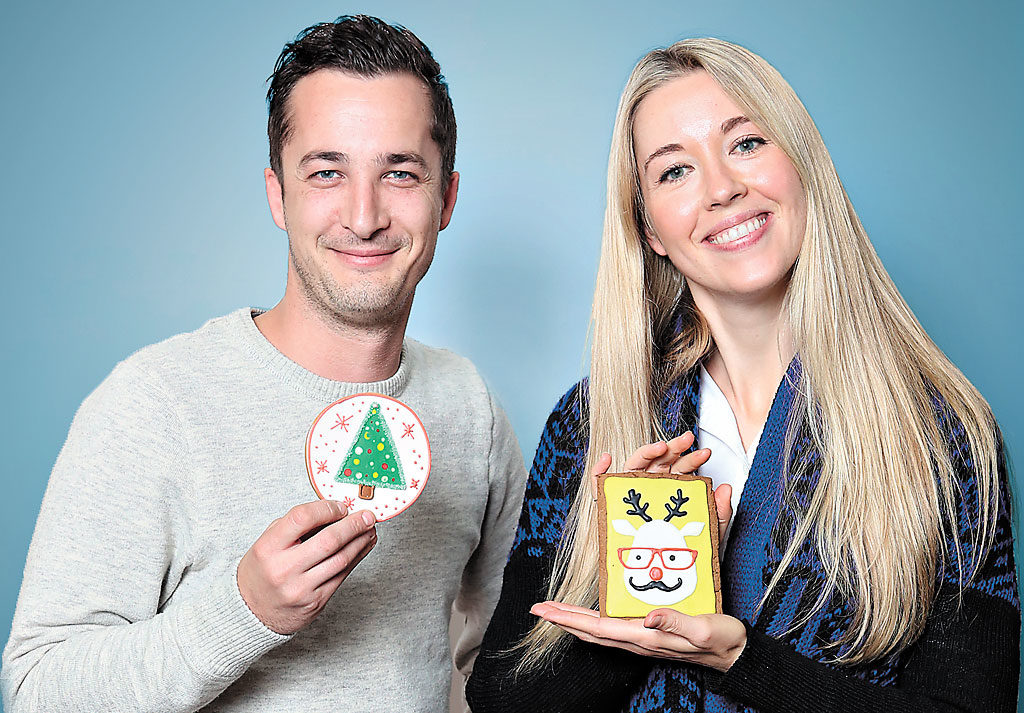 DEVIN’S PICK (A)
Le Dolci
1006 Dundas St. W., $5–$10Both chefs immediately agree that the design is great, and Connell loves the texture. “I like how this one is more crumbly, and not as dry,” she says. Van Gameren wishes the sugar was harder for a textural contrast. “The texture of the cookie is too similar to the texture of the sugar,” he says.

GRANT’S PICK (B)
Baked with Joy
57 Glen Cameron Rd., Unit 22, Thornhill, $3 and up
“The decoration is on point. I like the thickness of the icing, and it’s got a good sugar to cookie ratio,” says van Gameren of the nut-free cookie. Connell says she would’ve liked to taste more of the ginger spice. “It’s a little bit light and too thick.” 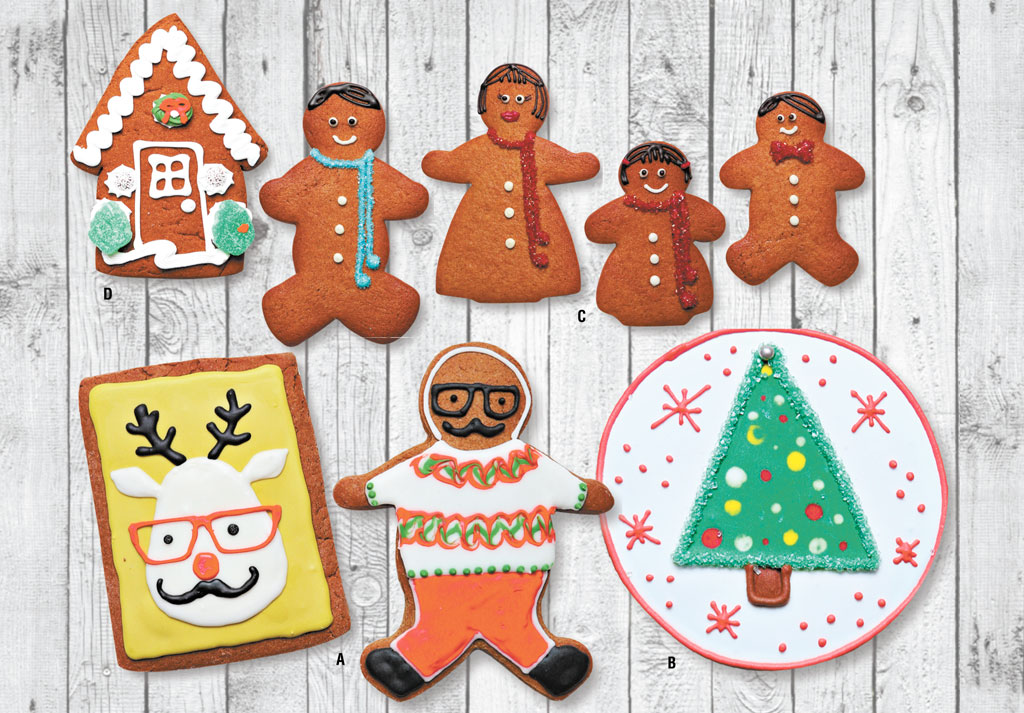 Thin-sational treat (C)Sweet Flour Bake Shop2352 Bloor St. W., $3.50
Both chefs agree that this cookie has the right texture. “I like the texture the best of this cookie,” says Connell, and van Gameren adds that he likes how thin it is.

Spicy cinnamon (D)
Mad Batter Bakers
135 Jefferson Ave., $3.79
“I feel like gingerbread cookies by nature should be fairly aggressive,” says van Gameren as he takes a bite. “It is two flavours, cinnamon and ginger, that are pretty pronounced.” Connell likes the texture balance of this cookie. “I’m getting the ginger and it’s kind of in between hard and soft.” 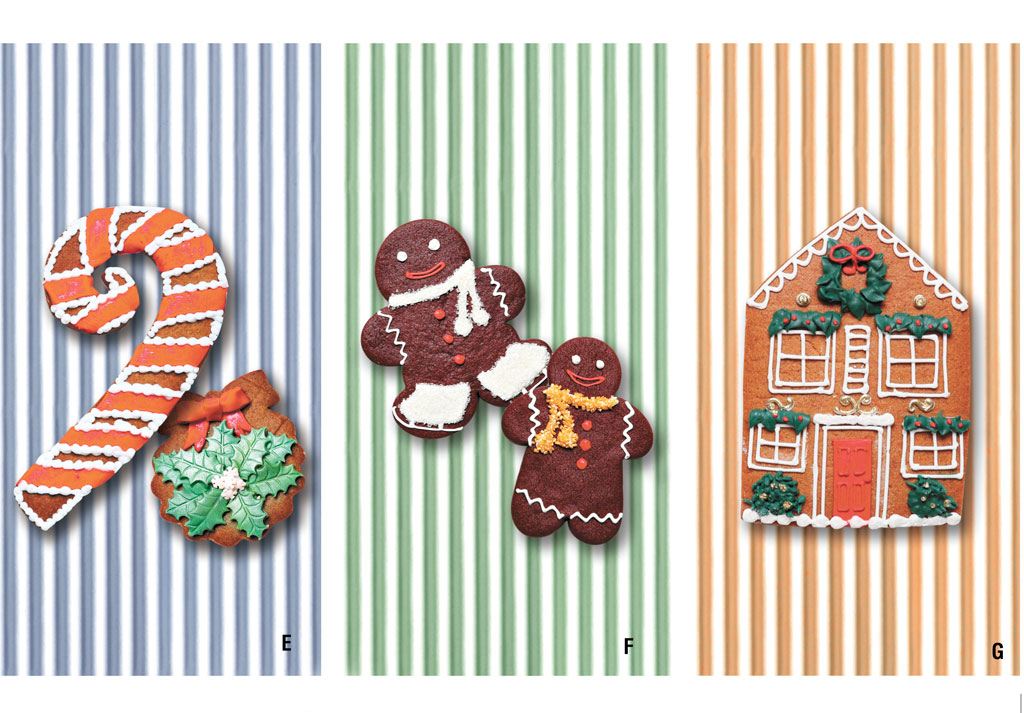 Marzipan delight (E)
Madeleines
348 Ryding Ave., $3–$16
“It’s marzipan, it has that almond extract kind of taste,” says Connell, of the red decor atop the cookie. “I’m not a huge fan of the marzipan, but I do like the multiple layering of the cookie,” says van Gameren, while adding, “These ones are very pretty.”

Gingey skaters (F)
Frangipane Patisserie
215 Madison Ave., $1.75–$3.95
“There’s chocolate in these, definitely cocoa. I can’t taste the ginger much, but I still have a bit of heat in my mouth,” says Connell. Van Gameren adds that the cookie “has a nice texture to it.”

Delectable design (G)
Bobbette & Belle
3347 Yonge St., $11.25
“It’s definitely someone skilled that did this. They should be on a Christmas tree, they’re stunning,” says van Gameren. Connell agrees: “These are something that would sit around in my house for a month, no one would eat them. They’re very beautiful.”