Terroni and Cumbrae’s partner up for Stock T.C restaurant and market
Skip to content 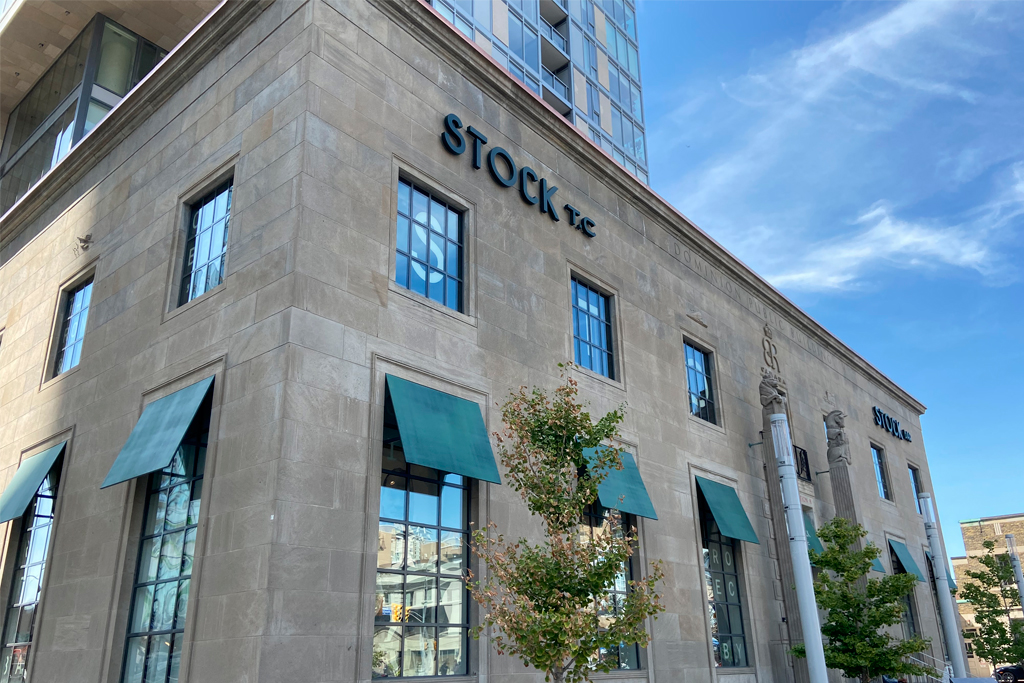 Italian restaurant group Terroni and butcher shop Cumbrae’s are teaming up to launch Stock T.C, a new restaurant and marketplace set to debut in mid-August.

Located north of Eglinton on Yonge, the new concept is housed in a grand limestone building dating back to 1936, which previously served as a Canada Post office. The history of the site dates back even further, with the area having served as an important meeting point for the Upper Canada Rebellion in 1837.

The project has been in the works for over eight years, with the sale of the Postal Station K building initially provoking controversy in 2012. Last summer, Montgomery Square, which sits in front of the building, reopened with new public art installations that highlight the area’s history.

According to a newsletter from Stock T.C, the new restaurant’s design takes inspiration from the Art Deco building’s rich heritage. The building’s facade and interior terrazzo floors have been preserved, while a mosaic depicting a Canadian Shield sunset has been added.

Full menu details for Stock T.C have yet to be released. The newsletter promises the culinary offerings will bring together American bistro fare with Italian classics, along with craft cocktails and a curated wine list.

Complete details of the new space also remain under wraps for now, but Stock T.C’s newsletter and social channels hint that we can expect a restaurant, bar, rooftop space, and a market that includes a butcher, cheese and dairy vendors as well as a bakery.

The market component of Stock T.C is reportedly set to open later this month, with the other elements of the space launching shortly afterwards.