The Annex Commons, a new fast-casual eatery inside a boutique hotel | TRNTO.com
Skip to content 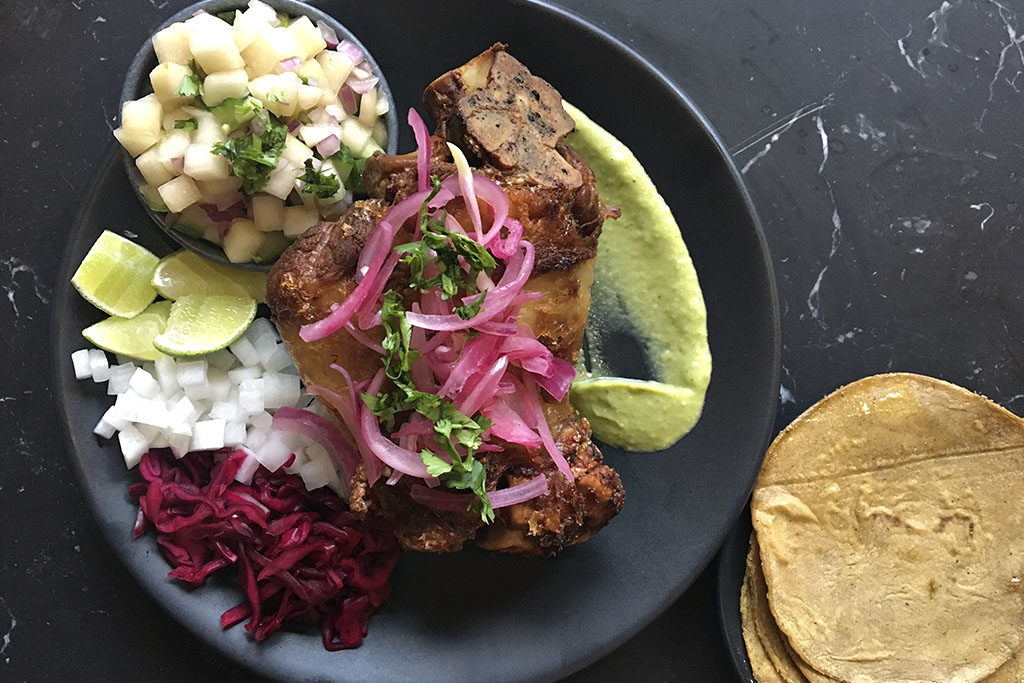 The Annex Hotel has more than gorgeous rooms and an attractive lobby café and bar to offer Torontonians and travellers: The Commons is officially open, and just like the hotel, this restaurant-meets-bar is carving out a space that’s all its own.

When partners Trevor Speis, Justin Fong and Andrew Peek got together to launch the boutique Annex Hotel, they envisioned it as someplace between an Airbnb and a hotel in order to capitalize on the best aspects of both. When it came to the dining aspect of the hotel, they wanted the Commons to combine the ambiance and curated menus of fine dining and the accessibility and immediacy of casual eateries. 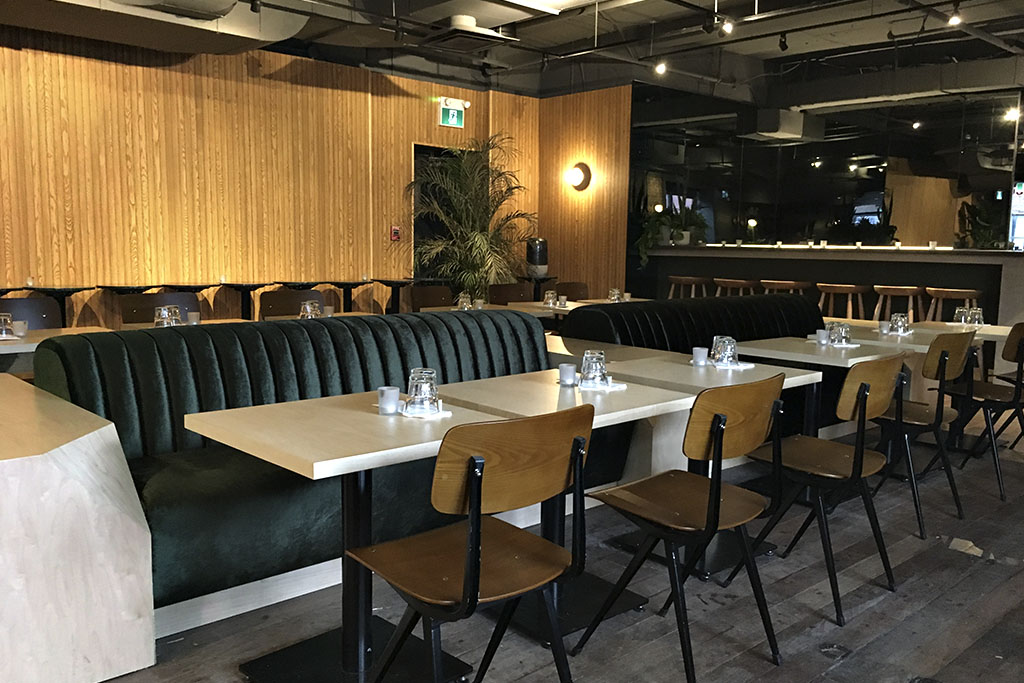 “We wanted to take advantage of the increasing popularity of the fast-casual experience, without sacrificing style,” says hotel partner Trevor Speis. “People are eating out more, but they can’t do fine dining every night, so it was important to us to be an everyday spot that still offers impeccable food and beverage.”

After narrowing down his favourite foods, Speis decided that tacos and pizza were the perfect fit for the fine/casual middle point. They then hunted down the best versions of each throughout Toronto. Now, they’re serving up tacos from Seven Lives, and pizzas from Big Trouble Pizza. Patrons will order at the counter before moving into the rest of the lush, well-appointed space that also has a wine and cocktail bar, and an assortment of local brews, including the beloved Bellwoods Jelly King ($5/$10).

“A lot of hotels will outsource a restaurateur to run their ground floor, but everything you see here is Annex-designed, and Annex-led,” Speis explains. “Having said that, I could never put together a team like Big Trouble or Seven Lives, so what we’ve done is bring the best in class into our theme and let them focus on what they already do so well.”

The Annex Margherita pizza ($18) is exclusive to The Commons, and pairs with the Solco Lambrusco ($11), a sparkling red wine that has traditionally been considered one of Italy’s favourite accompaniments to this classic.

The Grape Gatsby pizza ($17) combines pickled grapes with fior di latte, frisée lettuce, goat cheese, rosemary, and honey. This unconventional mix rests on Big Trouble’s light and flavourful dough for a taste that is hard to find anywhere else.

The Kung-funghi pizza ($18) smothers portobello and enoki mushrooms with mozzarella cheese, which is then coated in a generous helping of sweet onions, chives, truffle oil, and tangy chili jelly.

The Spicy Pepperoni pizza ($18) is an artisanal twist on the classic — tomato sauce and mozzarella provide the base for a hot cacciatore that packs an impressive punch.

All of the most popular tacos from Seven Lives are on the menu, including the classic Gobernador ($6), the mushroom ($6), as well as the Pacifica tostada ($12), which is loaded up with a generous helping of torched raw salmon with sesame, arbol oil, avocado slices and a nest of fried leeks. The show-stopper, though, is the Chamorro platter ($24) that serves two to three people. A gorgeous cut of pork is served with seasonal salsas and corn tortillas, and the meat will fall off the bone as each member of your party dives in to create their own taco. 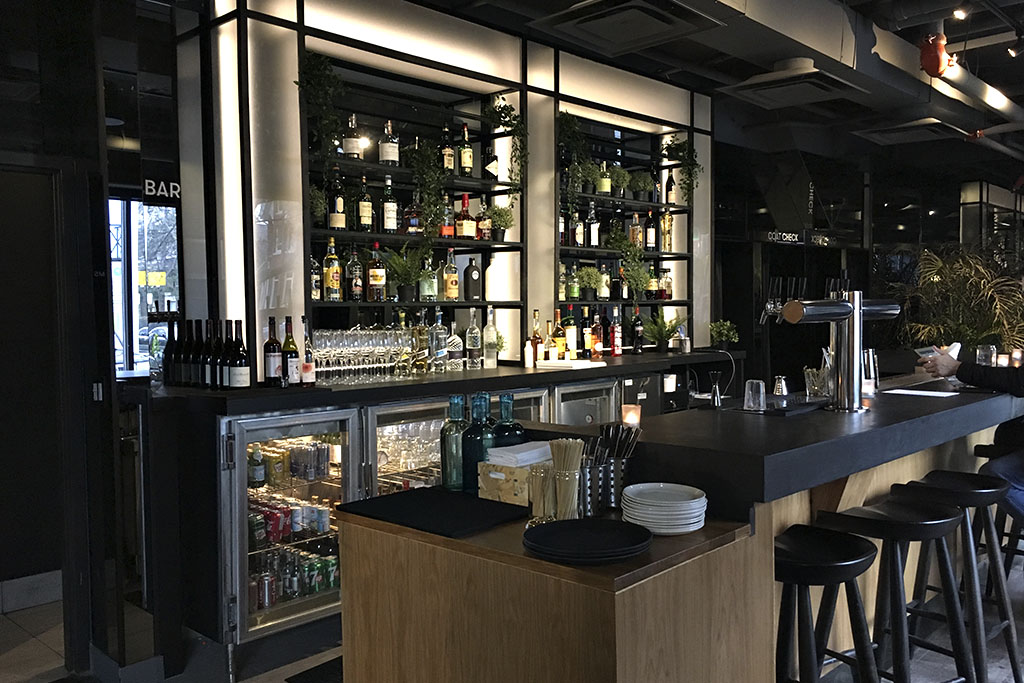 The Commons has struck the same exciting balance between practiced and grassroots that visitors love about the affiliated hotel, but this time, with all things delicious. They also have a dedicated interest in showcasing and serving their roots, even as they cater to tourists through the hotel. The photos that cover the walls of The Commons were taken by a team of local photographers who shot within a several-block radius, and even the illustrations and logos on uniforms and candles were hand-drawn by local tattoo artist Curt Montgomery.

“Our name, Annex, was obviously very deliberate,” says Speis. “We wanted to put our best foot forward in terms of collaborating with local establishments, and to understand our wider market while appreciating our area; what better way to do that than to literally just name yourself after the neighbourhood you opened up in?”