The best movies to watch at TIFF this year | TRNTO.com
Skip to content 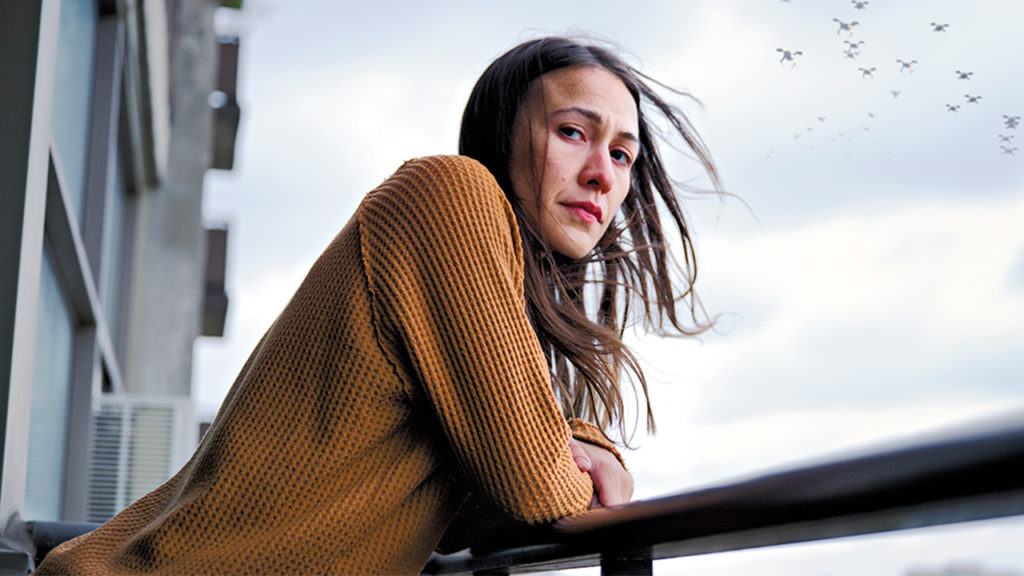 For the second year in a row, TIFF, the world’s largest public film festival will be a little less public than it was pre-pandemic. The Toronto International Film Festival, which runs from Sept. 9 to 18, continues with the hybrid model — a mix of in-person and online screenings — adopted last year in response to COVID-19. This year’s slate includes more than 100 of the best features and documentaries the world has to offer.

Danis Goulet wrote and directed Night Raiders, a timely sci-fi apocalyptic film set in the near future. In her dystopian drama, cities in North America are run by the military and all children are property of the state. This Taika Waititi–executive produced film sees a Cree woman team with a group of vigilantes to free her daughter from a “children’s academy.” Goulet, who is of Cree and Métis descent, says everything in the film’s imaginary future is based on true events and “has to do specifically with policies that were inflicted upon Indigenous peoples throughout history.”

You know the music of Dionne Warwick, but the doc Dionne Warwick: Don’t Make Me Over, directed by Dave Wooley and David Heilbroner, aims to shine a spotlight on the superstar’s remarkable private life. “While the world knows her many hits,” says Heilbroner, “Dionne has quietly guarded her astonishing, inspiring personal journey.” From her beginnings as a New Jersey gospel singer, to the stage of Harlem’s Apollo Theater and superstardom, the film details her life with the help of interviews with Quincy Jones, Burt Bacharach, Clive Davis, Gladys Knight, Cissy Houston, Smokey Robinson, and more.

Training Day director Antoine Fuqua returns to TIFF with the world premiere of The Guilty, a crime thriller, with a screenplay by True Detective’s Nic Pizzolatto. Taking place over one morning, it stars Jake Gyllenhaal as a 911 dispatch call operator doing his best to save a caller as the situation spins out of control. Shot during the pandemic, the film’s small cast and single location made adhering to strict safety guidelines simple. As for the tense plot, Gyllenhaal says, “The Guilty is a special story, and one we all feel very close to.”

“There’s something I have in common with the lead character in that I’m afflicted with nostalgia for a decade I didn’t live in,” director Edgar Wright told Empire magazine in regard to his thriller Last Night in Soho coming to TIFF. Thomasin McKenzie plays a young fashion student who finds herself haunted by someone else’s past when she is mysteriously transported back to 1960s Swinging London and into the body of her idol, a singer played by Anya Taylor-Joy. The Baby Driver director says the film is unlike anything he’s made before. “Last Night starts in a more psychological realm and then starts to get increasingly intense as it goes along.”

From Finnish director Juho Kuosmanen comes HYTTI N°6 (Compartment No. 6), an off-beat love story loosely based on the 2011 novel of the same name by artist and author Rosa Liksom. Set in the 1990s, it sees a good-natured archaeology student and drunk mine worker form an unexpected bond on a train trip across Russia to Murmansk. The unconventional romance has been described as “a Finnish Before Sunrise,” although Kuosmanen says, “One obvious reference point was Wolfgang Petersen’s Das Boot,” in creating the small, claustrophobic feel of the train.

Multi-hyphenated Mélanie Laurent wrote, directed and stars in Le bal des folles (The Mad Women’s Ball), a searing drama based on the book of the same name by Victoria Mas. Laurent plays Geneviève, a nurse at the 19th-century Parisian neurological clinic at La Salpêtrière. Her life is forever changed when she helps a young, rebellious patient prepare to attend the degrading Bal des Folles, where the Paris elite mix with the clinic’s patients. Producer lain Goldman says the gothic story of institutional abuse is “a powerful, cinematic and engaging thriller about the injustice that these women faced during that time.”

Flee is a rarity: an animated documentary arrives at TIFF. The bedrock of the boundary-pushing doc is 20 taped conversations Danish filmmaker Jonas Poher Rasmussen had with his friend Amin (a pseudonym). On the verge of getting married, Amin recounts the true, hidden story of his harrowing life journey as a gay refugee from Afghanistan. A mix of personal and modern world history, Flee was dubbed “an instant classic” by Sundance juror Kim Longinotto, and it is already a front-runner at this year’s Academy Awards.

Twenty-six years ago, Alanis Morissette’s Jagged Little Pill became an era-defining album, spawning hits like “You Oughta Know,” “Ironic” and “Hand in My Pocket” and making the Ottawa singer a superstar. Alison Klayman’s documentary Jagged looks at that rise to fame and “what happens when a 21-year-old becomes a worldwide phenomenon.” Morissette says that time was such a whirlwind that there’s footage in the film that not only has she never seen but “some of it, I don’t even remember having been there.”

Sir Kenneth Branagh calls Belfast his “most personal film.” Written and directed by Branagh, the film stars Caitriona Balfe, Judi Dench, Jamie Dornan, and Ciaran Hinds in a coming-of-age story set against the backdrop of the turbulence of late-1960s Northern Ireland. Branagh, who was born in Belfast in 1960 but moved with his family to England when he was nine years old, says, “It’s about coming home: a dramatic journey of excitement, emotion, and humour.”

In Titane, the surreal serial killer movie from Palme d’Or winner Julia Ducournau, newcomer Agathe Rouselle plays an exotic dancer impregnated by a car (you read that right) who goes into hiding after a killing spree. The examination of body horror drew comparisons to TIFF regular and Canadian David Cronenberg when the film played at Cannes. “His work is in my DNA,” said the Paris-born Ducournau. Titane’s provocative story examines gender fluidity, transgressive behaviour and steroid addiction in an excessive, singular way that Indiewire called “the ultimate movie-as–mic drop experience.”