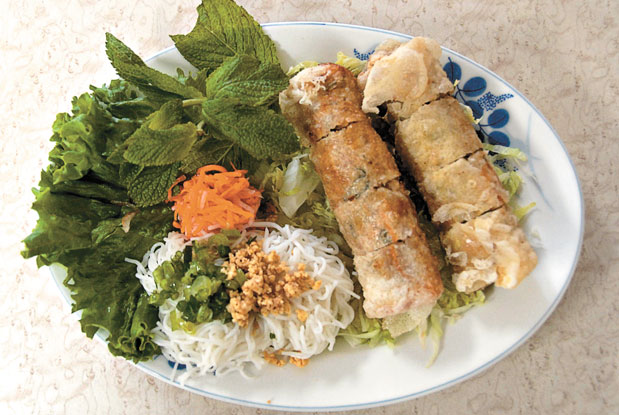 In the wee hours between dusk and dawn, when most folks are in bed, some of the city’s best food can still be found

Some people say that breakfast is the most important meal of the day, but no other meal inspires such rabid gluttony — and none is needed with such sheer desperation — as the one eaten after a night about town. Something magical happens when, after a few drinks, 4 a.m. rolls around: appetites swell, expectations are lowered and health concerns fall to the wayside. Herewith, four of Toronto’s best nocturnal nibbles.

Spring rolls at Pho Pasteur
This 24-hour Vietnamese joint can get a tad sketchy in the wee hours of the morning, but the vast selection of tasty food makes up for it. Also, this is where you can find the best spring rolls in the city. That’s right, the best.

These fat rolls are filled with ground pork, shrimp, wood ear mushrooms and bean sprouts, and they’re deep-fried until they’re dangerously crispy. They’re versatile, too: they can be shared as an appetizer or eaten solo as a meal. 525 Dundas St. W., 416-351-7188, $7.75

Koshari at Baba Geddo
Sometimes the only thing anyone needs after a late night debauch is a mishmash of random carbs plopped into a takeout container. At Baba Geddo, a tiny Egyptian food stall on Duncan Street, koshari fills that role.

Koshari is a popular Egyptian dish, made here with macaroni, rice, chickpeas and lentils, covered in tomato sauce and topped with fried onions. A large serving of this past midnight will put anyone to bed as gracefully as the world’s best mom reading the world’s best bedtime story. 69 Duncan St., 416-901-4336, $5.99

Hearty stews at Kayagum
North York’s Koreatown is home to a few 24-hour restaurants, including Kayagum. This place is a great, lower-key alternative to the legendary Owl of Minerva down the street. It’s bright, it’s clean and it serves some of the most authentic Korean food in town. Also, the seats are covered in shag.

Butter chicken at King Place
This Pakistani restaurant at Dundas and Sherbourne — open until 6 a.m. — pre-cooks its food and throws it into the microwave before it’s served. Sounds unappealing, right? But once the flavours hit, it’s impossible to care.

Nearly everything is worth a try, but a neophyte to Pakistani cuisine can’t go wrong with the butter chicken. It’s sweet, with a bit of chili zing, and the flavours are jammed into overdrive from a variety of spices. Add a piece of fresh-made butter naan and all is right with the world. 236 Sherbourne St., 416-625-1634, $8.50