The Big Idea: Toronto city council must reflect the community it serves | TRNTO.com
Skip to content 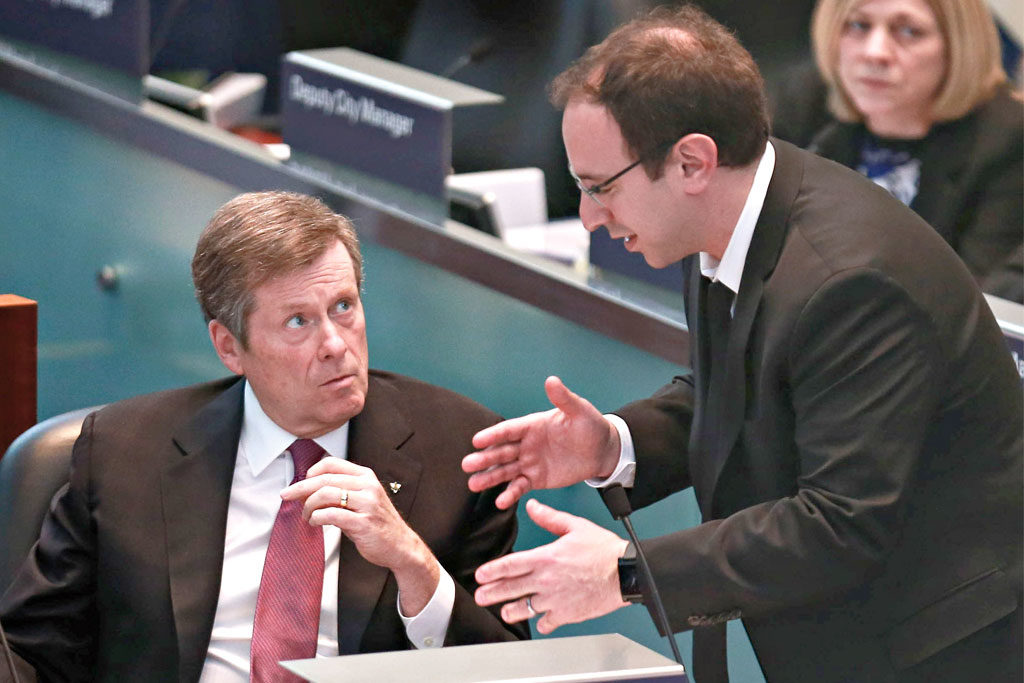 In Toronto, 50 per cent of residents are visible minorities according to Statistics Canada, yet the vast majority of city council, well over three-quarters, are not. That’s a problem we need to solve. During the upcoming municipal election, 10 empty seats with no incumbents need filling, providing an opportunity for meaningful change. Here are five perspectives on how to get City Council to accurately reflect the region it represents.

Voting rights
For a city as diverse as ours, the lack of diversity on city council is unacceptable and can seriously affect the priorities of the city. I look at the number of businesses in Little Jamaica being forced to close down as the Eglinton Crosstown LRT construction continues and wonder if they would have received more support if council had different priorities. One way to have the council be more representative is to allow permanent residents to vote. The migrant community in Toronto is in so many ways the lifeblood of our city. They live here, work here, study here and pay taxes. Why shouldn’t they have a say over the policies that affect them?
Sandy Hudson is an activist, writer and political strategist. She co-hosts a political podcast with Nora Loreto at sandyandnora.com.

Term limits
Probably the most impactful way to improve diversity in local politics is to introduce term limits for elected city councillors. So for instance, allow councillors a maximum of three terms (or nine years), which is a sufficient amount of time to both learn how to do the job well and make a meaningful impact. The power of incumbency in municipal elections is strong, and although candidates overall may be more reflective of the city’s population, the lack of term limits means there is little opportunity for change at election time. In addition, efforts to expand the pipeline for candidates matters — mentorship programs; invitations to sit on boards, panels or advisory groups; and intentional programs that support potential candidates also matter.
Shauna Brail, PhD, director of the urban studies program at the University of Toronto

Ranked Ballots
Despite the incredible diversity that Toronto embraces and celebrates, our own city council is disproportionately male and almost exclusively white. One cure for our stagnant insider-game political culture is voting reform. Canada is the only member of the OECD that uses the obscure first past the post voting system for all elections. U.S. cities that have switched to ranked choice voting have seen increases in voter participation, campaign civility and diversity.  Ranked ballots aren’t new in Canada: all our parties are already using ranked ballots to elect their leaders. Ranked choice voting is a small and simple change that would make our local elections more fair, friendly and diverse.
Dave Meslin, founder of the Ranked Ballot Initiative of Toronto.

Fundraising
The Municipal Elections Act restricts donations to individual Ontarians, and prohibits donations from organizations (including local community associations). The effect of this restriction has been to prevent local community and interest groups from passing the hat around and supporting candidates. This has the effect of silencing marginalized groups, by atomizing their donations and preventing them from organizing through pooled funds. It also tilts the scale towards rich, well connected candidates, and makes it nearly impossible to dislodge incumbents.
Andray Domise is a Toronto-based writer and columnist.

Work for all communities
To build a city that works for everyone, we need leadership that reflects us all. This includes a city council that can passionately represent our diverse communities. In grocery store chats at Lawrence and Keele and local BBQs, my neighbours tell me they need council to talk about their issues. That’s not happening right now, and we all have a role to play to make sure it does. I’ve spent my life working for my community, and now I will be running to be a voice on city council, so I can make sure our city works for all.
Lekan Olawoye, candidate for city council in Ward 12, community builder and lead executive, venture talent development at MaRS Discovery District.